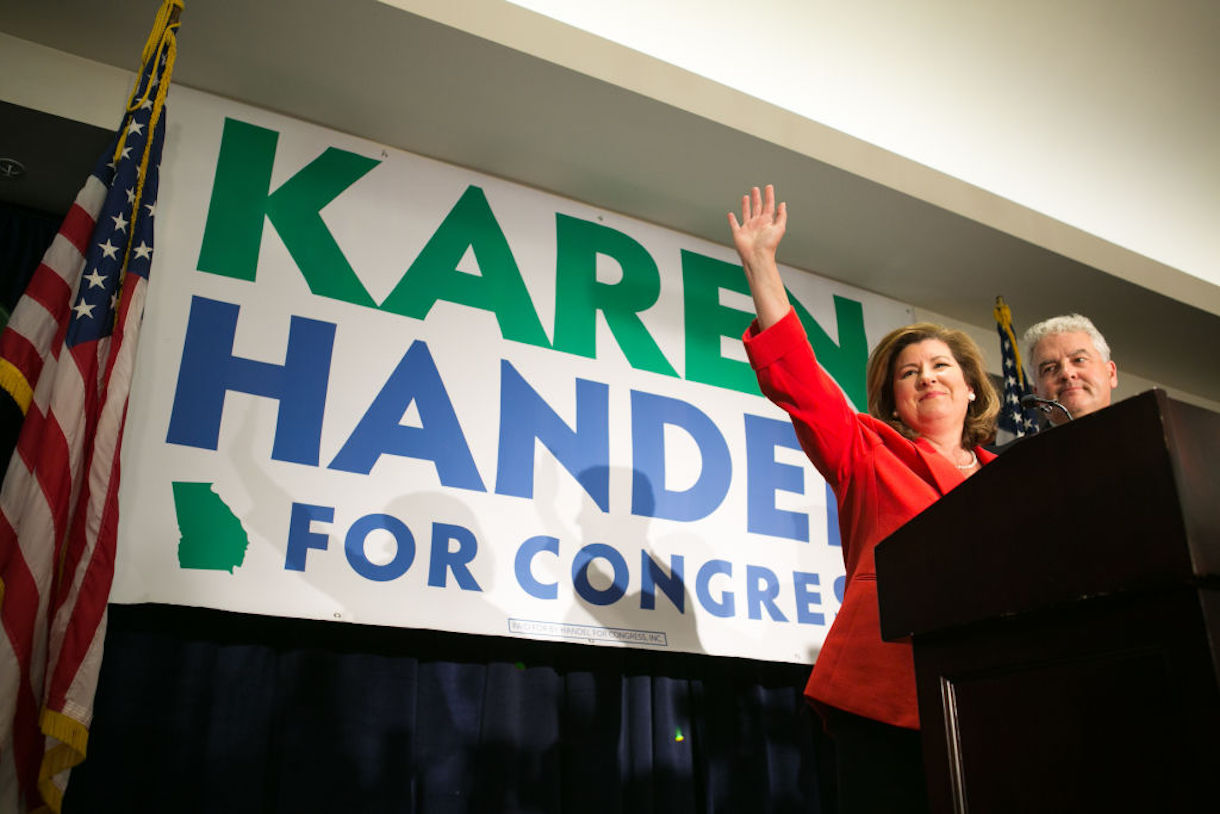 It was a busy week in politics as Republican Karen Handel won the most expensive congressional race in history Tuesday, defeating Democrat Jon Ossoff in Georgia’s 6th Congressional District. The seat has been in GOP hands since 1979, and the result was expected to hint at what could come in the 2018 midterm elections.

The draft of the Senate Republican’s healthcare bill was released Thursday, following weeks of discussions. It includes plans to cut federal support of Medicaid, block federal payments to Planned Parenthood for a year, and end tax increases on higher-earning people as well as drug makers and medical device manufacturers. The bill is yet to be debated and voted on.

Also on Thursday, President Donald Trump denied obstructing the FBI’s investigation into Russian involvement in the 2016 presidential election. Trump said in a Fox News interview there had been “no obstruction” and “no collusion.” Earlier in the day he tweeted that he did not have recordings of his conversations with former FBI chief James Comey, after previously hinting he had.

In the tech world, Uber co-founder Travis Kalanick resigned from his CEO position following months of controversy at the company. Kalanick had recently begun an indefinite leave of absence but formally stepped down following pressure from five of Uber’s largest investors.

Read more about the big news stories that dominated the week, as they appeared in The Daily Edition.

Top line: “Republicans fended off a fresh-faced first-time candidate in the Atlanta suburbs on Tuesday, keeping a House seat in GOP hands as it has been for four decades. But the fact it came down to a close contest at all should leave the Republican Party deeply worried about 2018’s midterm elections, and considering the damage potentially inflicted upon it by President Trump.”

Top line: “Senate Republican leaders unveiled their long-secret plan to repeal Obamacare Thursday, formally kicking off the search for the 50 votes needed for passage amid stark party divisions. Just hours after Republicans were briefed on the bill, four conservatives put out a statement saying they were withholding their support for the plan. A number of moderate GOP senators, meanwhile, said they were still poring through the the 142-page bill, which was crafted after weeks of work behind closed doors.”

3. Trump: I did not make recordings of Comey—CNN, Dan Merica and Jeff Zeleny

Top line: “President Donald Trump did not record his conversations with fired FBI Director James Comey, he tweeted on Thursday, ending weeks of speculation kick-started by the President himself.”

Top line: “Travis Kalanick stepped down Tuesday as chief executive of Uber, the ride-hailing service that he helped found in 2009 and built into a transportation colossus, after a shareholder revolt made it untenable for him to stay on at the company.”

Top line: “Otto Warmbier’s doctors at University of Cincinnati Medical Center said last week that he had extensive brain damage dating back longer than a year. They said he was in a state of unresponsive wakefulness and wasn’t aware of his surroundings.”

Top line: “A van plowed into worshippers near a London mosque in the early hours of Monday, injuring 11 people, two of them seriously, in what Prime Minister Theresa May said was a sickening, terrorist attack on Muslims.”

Top line: “The destruction of the Mosul mosque where Isil’s leader declared his caliphate marks the group’s defeat, Prime Minister Haider al-Abadi said, as Unesco mourned the loss of one of Iraq’s most venerated sites.”

Top line: “The US navy has ended its search for seven sailors who went missing after their destroyer collided with a container ship near Japan, suggesting that all of the crew members’ bodies have been recovered. Vice-admiral Joseph Aucoin, the commander of the US navy’s 7th Fleet, did not specify how many bodies had been found inside the stricken vessel while their next of kin are still being notified.”

9. A Somber Queen’s Speech Unveils A Brexit-Centric Agenda In The U.K.—NPR, Colin Dwyer

Top line: “Of the 27 proposed bills put forth in the speech, nearly a third pertain to the U.K.’s departure from the European Union. That includes a measure to transpose current EU laws into British laws, so as not to lose them when the country leaves the international organization, as well as bills that give the U.K. autonomy in crafting new policies in immigration, trade and agriculture.”