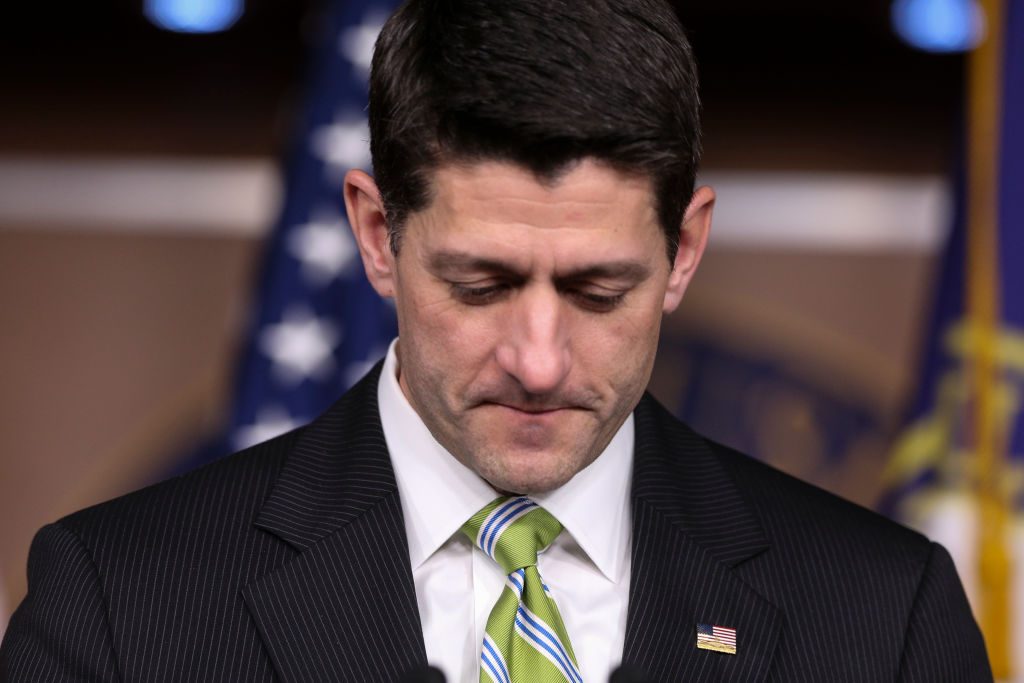 House Speaker Paul Ryan announced the decision to pull the GOP’s health-care bill at the Capitol Hill in Washington, DC on March 24, 2017. Oliver Contreras/For The Washington Post via Getty Images

This week, the most consequential of Donald Trump‘s presidency thus far, culminated with the biggest news of the week when House Republicans pulled their Obamacare replacement bill from the floor on Friday. The disappointment followed a busy week on the Hill that included the Supreme Court confirmation hearings of Judge Neil Gorsuch, testimony of F.B.I. Director James Comey about Trump’s Russia ties and House Intelligence Committee Chairman Devin Nunes briefing the president about potential intelligence collection of him and his associates.

Top line: “The measure would have erased much of Obama’s 2010 law, eliminating its unpopular requirement that people buy coverage, ending its Medicaid expansion and trimming federal assistance to people to help pay medical bills. It represented the culmination of seven years of unsuccessful GOP attempts to craft a replacement bill the party could rally behind — a unity that ended up eluding them.”

Top line: “In his final day of questioning at his Supreme Court confirmation hearings, Judge Neil M. Gorsuch continued to answer with practiced generalities on Wednesday, frustrating Democrats who seemed unable to rattle him or pin him down…After trying over a span of 20 hours over two days, Democrats were not able to move Judge Gorsuch off script. Instead, interest in the hearing seemed to wane, and many in the Capitol came to view a confirmation as inevitable.” 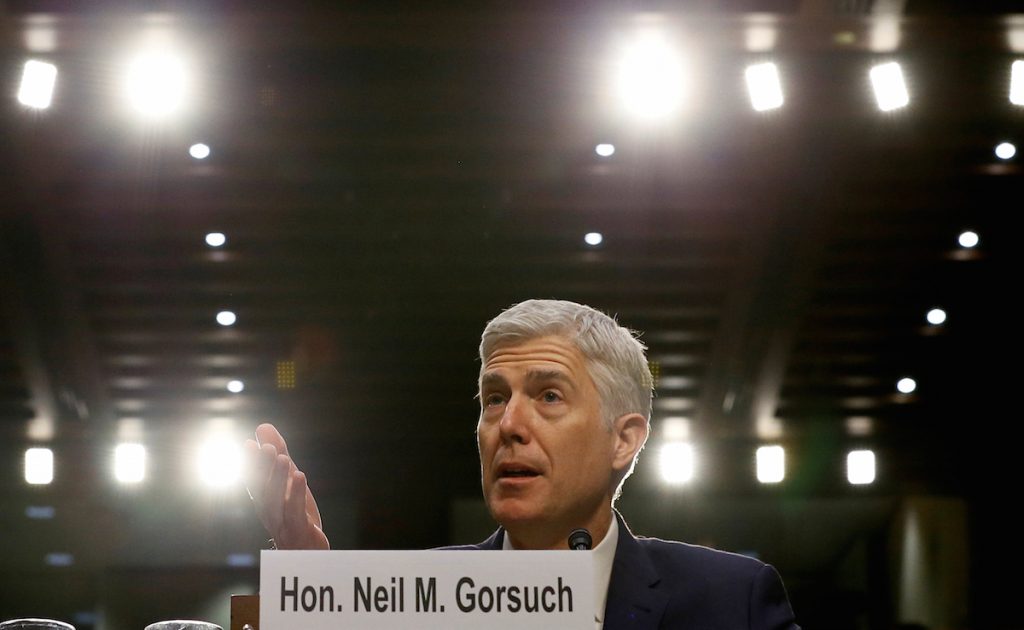 Top line: “The F.B.I. director, James B. Comey, took the extraordinary step on Monday of announcing that the agency is investigating whether members of President Trump’s campaign colluded with Russia to influence the 2016 election…

Joined by Adm. Michael S. Rogers, the director of the National Security Agency, Mr. Comey also dismissed Mr. Trump’s claim that he was wiretapped by his predecessor during the campaign, a sensational accusation that has served as a distraction in the public debate over Russian election interference. Taken together, the two provided the most definitive statement yet that Mr. Trump’s accusation was false.” 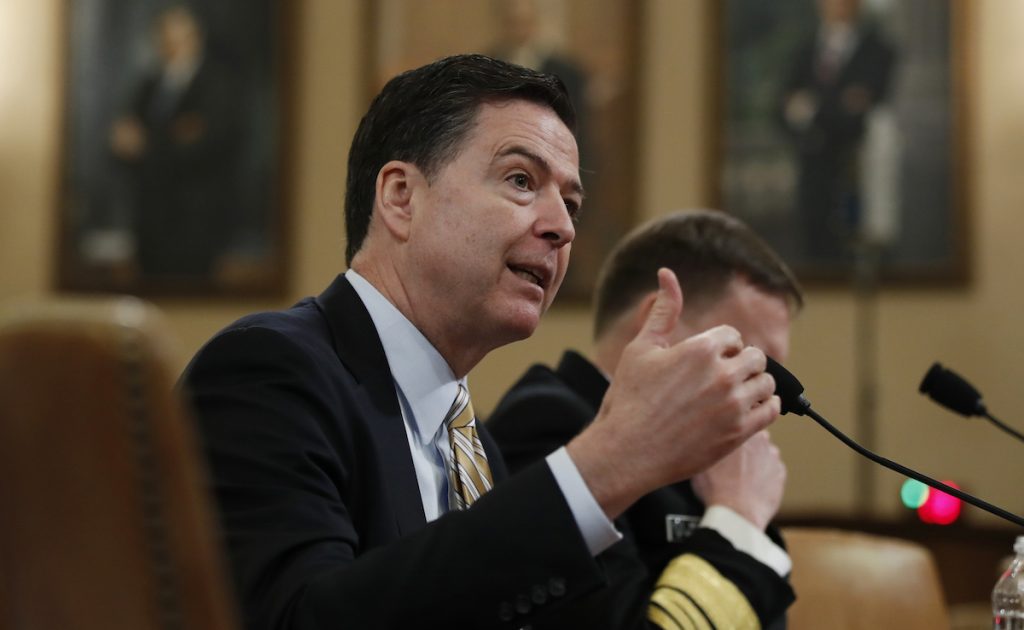 Top line: “On Friday police named Masood’s fourth victim as 75-year-old Leslie Rhodes. Two people remained in a critical condition in hospital…Fresh details about Masood’s life have emerged. He had a 20-year history of offending that saw him jailed at least twice. He had converted to Islam more than a decade ago, and used several names during his life, having been born as Adrian Elms and brought up as Adrian Ajao before adopting a Muslim name.”

Top line: “House Intelligence Committee Chairman Devin Nunes apologized to committee members Thursday, a Democrat on the panel told reporters, coming the day after Nunes told the public and the President that communications of him and associates may have been collected by intelligence agencies before telling Democratic members of the committee…

Nunes, a member of the Trump’s transition team executive committee, set off a stunning new political controversy Wednesday when he headed to the White House to personally brief President Donald Trump on the revelations. Despite being advised against doing so, sources said Nunes met with Republican members of the Intelligence Committee before his news conference, but did not share information with the Democrats on the committee.”

Top line: “Six years after his overthrow, former Egyptian president Hosni Mubarak was freed from detention Friday, dashing the hopes of many who saw Mubarak’s downfall as a sign that Arab leaders could be held accountable for corruption and repression…

The 88-year-old leader’s release comes weeks after the nation’s top appeals court cleared him of any role in the deaths of more than 200 protesters at the hands of the country’s police in the 2011 populist revolt — part of the Arab Spring uprisings — that ended Mubarak’s three-decade rule.”

7. Brexit will begin on March 29, No 10 reveals and there will be no early general election before 2020—The Telegraph, Christopher Hope and Laura Hughes

Top line: “Theresa May will trigger the two year process of leaving the European Union on March 29, No 10 has announced…

Mrs May revealed in the run-up to her first speech as Prime Minister at the Conservative Party conference that she would trigger Article 50 no later than the end of March 2017.

However, she was accused of ‘losing momentum’ and ‘making errors’ by delaying the formal start of Brexit talks in the wake of Nicola Sturgeon’s surprise demand for a Scottish independence referendum.”

Once completed, officials say, the 900-mile pipeline would carry 830,000 barrels of oil per day from Canada into the U.S., first through Montana and ending at refineries on the Texas Gulf Coast.

Top line: “A North Korean missile fired Wednesday exploded “within seconds of launch,” according to US Pacific Command…

The attempted launch comes four days after the North Korea announced it had tested a new rocket engine, describing it as a “great leap forward” in their missile program.”

Top line: “On Tuesday morning, the Department of Homeland Security announced new restrictions for personal electronics on direct flights to the U.S. from 10 airports in the Middle East and North Africa. Devices larger than a cellphone will not be allowed in the cabin, though they will be allowed in checked baggage.

Later Tuesday, the U.K. announced it would be enforcing a similar rule — using a slightly different list of countries.”

~GabyS is catching up on The Weekend