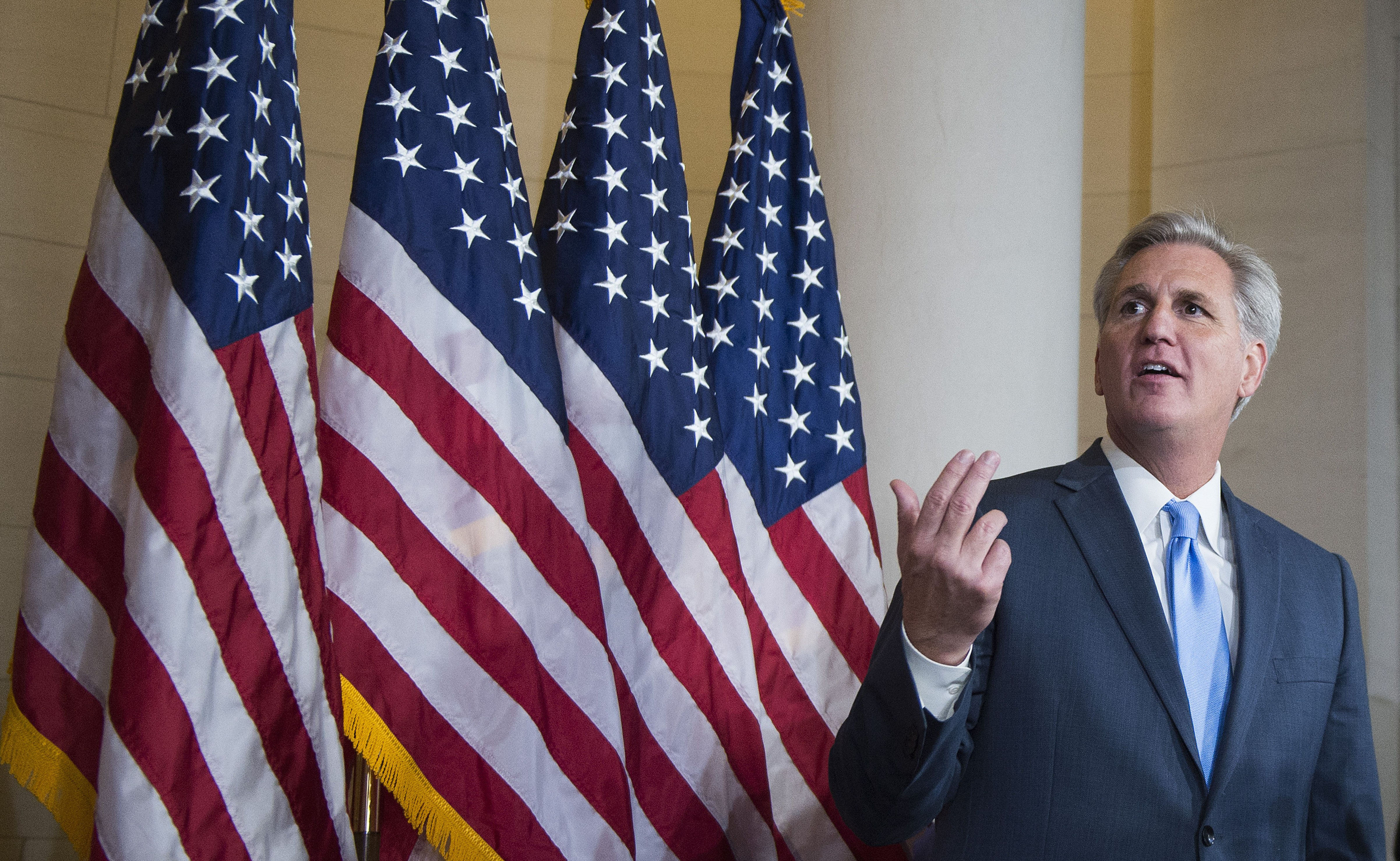 A dramatic announcement from Republican Rep. Kevin McCarthy left the House GOP in chaos. The long-awaited Trans-Pacific Partnership deal was reached. Nobel Prize winners were announced throughout the week. The Supreme Court started a new term. Microsoft unveiled a number of new and improved products. These were among the week’s biggest events that were covered in The Daily Edition. Read some of our top picks below.

1. ‘I’m not the one’: How McCarthy became a bystander on his big day – The Washington Post, Mike DeBonis, Robert Costa and David Fahrenthold

Top line: “On Thursday, Capitol Hill was still struggling to make sense of McCarthy’s sudden withdrawal from the race for speaker. It was caused, in part, by a party at war with itself. The same hard-line conservatives who hounded out Boehner had hounded out his likely successor before he had even held the speaker’s gavel.”

Top line: “If the participants all ratify the treaty and bring it into force, tariff barriers will go down, lowering the cost of trade between them. But the treaty also deals with a vast array of other laws that affect business, including setting standards for labor and environmental regulations, the treatment of intellectual property, and how foreign firms can challenge decisions by national governments.”

Top line: “After a year in which liberals scored impressive, high-profile Supreme Court victories, conservatives could be in line for wins on some of this term’s most contentious issues, as the justices consider cases that could gut public sector labor unions and roll back affirmative action at state universities.”

4. Is Your Refrigerator Running? No, Really, You Won a Nobel Prize – The Wall Street Journal, Ben Cohen

Top line: “The organizations that oversee the awards, including the Royal Swedish Academy of Sciences, are actually used to dealing with disbelief. They even have unofficial protocols for assuring the newly named laureates that they are not, in fact, at the center of an elaborate hoax.”

5. Women in the ‘Islamic State,’ ‘Till martyrdom do us part – The Washington Post, Kevin Sullivan

Top line: “Those women, usually drawn by romantic notions of supporting revolutionaries and living in a state that exalts their religion, can quickly find themselves part of an institutionalized, near-assembly-line system to provide fighters with wives, sex and children. And when their husbands are killed, they are expected to celebrate their “martyrdom” and then quickly marry other fighters.”

6. 10 things you might not know about U.S. Special Operations forces – CNN, Daniella Diaz and Laura Koran

Top line: “They’re perhaps best known for going after high-value targets like Osama bin Laden and ISIS leader Abu Sayyef, and for conducting high-profile hostage rescue missions. But that’s not all they do. Specials Ops forces are also involved in reconnaissance, counterinsurgency, humanitarian assistance and a host of other highly specialized activities.”

7. Everything Microsoft announced at its devices event in one handy list – The Next Web, Lauren Hockenson

Top line: “The notion that a person’s DNA might not be stable, or rather that more than one genetic profile might be present in an individual, is loosely labeled “chimerism.” In Greek mythology, Chimaera was the hybrid offspring of two monsters, one of whom was Echidna, herself half-woman, half-snake. This powerful imagery has even fueled a British play about motherhood, microbiology, and genetic puzzles.”

Top line: “Growing irrationally attached to machines is a common human trait as Kate Darling, from the Massachusetts Institute of Technology’s Media Lab, found out when she started a workshop asking people to torture the loveable robotic dinosaur toy Pleo.”

Top line: “Drums: Bum-bap, bum-bap, bum-bap. Michael twirls to the left. He’s posing, hat upside-down in his right hand. He plops the hat on his head. Bass. Michael thrusts his crotch forward, again and again, then kicks his right leg so it’s almost horizontal. For the next six seconds, his movements are so quick and fluid and connected that it’s almost impossible to deconstruct and identify them. Michael splays his legs. He does more kicks. He holds a pose, then another in the reverse direction. He waves his hat to the right, but it’s a basketball head fake, and instead he tosses it offstage to the left. He claps. He tap-dances, glides a little. Synths. Two more thrusts of the crotch, then a hair-combing motion — the suggestion of a rockabilly greaser.”