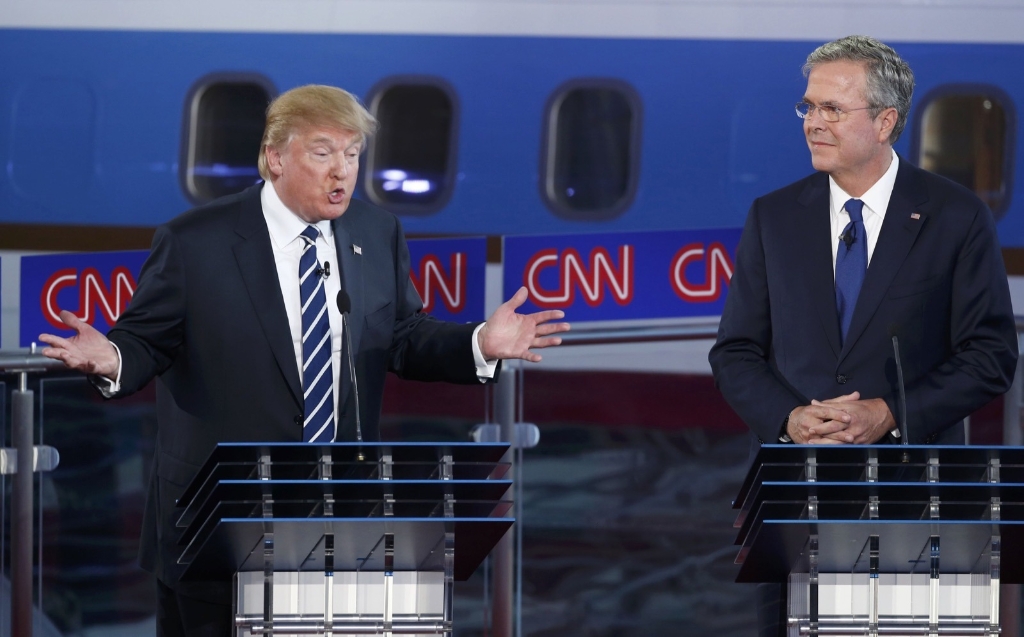 Read our top picks from this week’s Daily Edition, including the top takeaways from the second Republican presidential debate, new details about the search for Bowe Bergdahl and how space impacts the mind and body.

Top line: “Donald Trump finally took some punches, Carly Fiorina grabbed control, Jeb Bush woke up and Marco Rubio and Chris Christie elbowed their way into the fray on a crowded stage. Everyone else just tried to crash the party.”

Top line: “All of these men believed that by travelling to fight for the caliphate, they were standard-bearers of their faith. They also felt sure they were acting to restore Islam to its lost glories – and had a sense of privilege and pride that their generation was the one that had been chosen to right the wrongs of the past.”

Top line: “The 33 soldiers who were with Bergdahl at Observation Post Mest were worn ragged during the 2009 search, dubbed “Operation Yukon Recovery,” three witnesses testified Thursday in the first day of Bergdahl’s Article 32 hearing. And troops abandoned counterinsurgency efforts as a direct result of Bergdahl’s disappearance, a witness told the hearing.”

Top line: “Nearly two in three families (65 percent) with an incarcerated member are unable to meet their family’s basic needs, according to a new report released today — which found that even after a family member is released from prison, the lingering impact incarceration is often economically crippling, not only for former inmates but also for their families.”

5. What Space Does to Your Body and Mind – Time, Chris Arridge

Top line: “We know that astronauts suffer from a loss of bone density, weakened muscles, reduced heart function, exposure to radiation, nutrition deficiencies and immune system problems as well as a loss of sleep and psychological problems.”

6. Ostracised, sacked … and even arrested: the fate of whistleblowers at the UN – The Guardian, Roger Hamilton-Martin

Top line: “Figures obtained by the Government Accountability Project (GAP), which supports whistleblowers, reveal that the UN ethics office had received 447 approaches up to July 2014 from those alleging they have faced retaliation for exposing wrongdoing. They completed reviews into between 113 and 135 of these cases, identifying prima-facie cases of retaliation in 14, and ultimately establishing there had been retaliation in just four cases – a statistic that is hardly encouraging to those who feel bound to report corruption, malpractice or sexual abuse.”

7. A Cultural History of the Fever – The Atlantic, Adrienne Lafrance

Top line: “Ancient Romans had at least three temples dedicated to worshipping a god of fever. According to a 1918 issue of The Classical Weekly, Romans would leave amulets in these structures of febris, hoping to placate the deities who made them sick. In the Middle Ages, fever treatments included incantations, elixirs, charms, and exorcisms. Avicenna, the influential Persian scholar, described the condition as ‘extraneous heat, kindled in the heart, from which it is diffused to the whole body through the arteries and veins.’ In the centuries that followed, fevers retained an air of mysticism.”

Top line: “In an exclusive short story for BBC Culture and BBC Britain, Kate Mosse writes a fictional account of the 11 mysterious days when the popular crime writer vanished.”

Top line: “The signs point to a victory lap for the final season of AMC’s modern masterpiece Mad Men. The series is a four-time winner that was shoved aside in recent years by Breaking Bad. So it’s poised to reclaim the top spot, right? Yet, mark these words, perpetually bloody bridesmaid Game of Thrones is eventually going to take this category. HBO’s hit, now on its fifth year, is nominated every season and never wins. This round, Thrones has more nominations than any other show. Respect for Thrones continues to rise within the industry and the only question is whether the Academy bestows the top prize this year, or later. So: Smart money is Mad Men, but I’m thinking for the first time that HBO might overthrow one of AMC’s critical darlings to take the throne.”

Top line: “Given the choice between a container of fruity yogurt and a tray of fried chicken, most women will gravitate toward the former and most men toward the latter, thanks in part to the way clever marketing strategiesdictate our unconscious food preferences. What’s more, marketing food toward one gender or the other can influence how men and women perceive a food’s taste.”