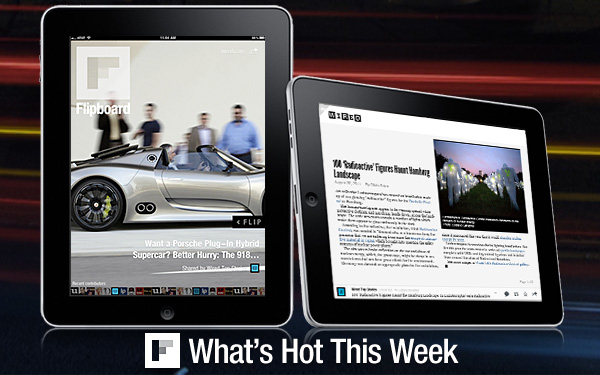 This weekend marks the unofficial end of summer, but don’t be fooled — it’s still a great time to explore the world via Flipboard. This week, we’re showcasing a terrific lineup of feeds, from familiar names like Wired and Jay-Z to brilliant upstarts like Cool Inforgraphics and This Is Colossal. So pour yourself a cool drink and check out where Flipboard can take you.

Wired – Tap to Add Section
Wired has been peering into the future since the dawn of the Internet Era. Along the way, it has chronicled the most important trends in business, culture, innovation, and science with unparalleled authority. AdWeek named Wired â€œMagazine of the Decadeâ€ in 2010, and it’s won countless awards for its print and online editions. Wired articles are consistently among Flipboard’s most popular. 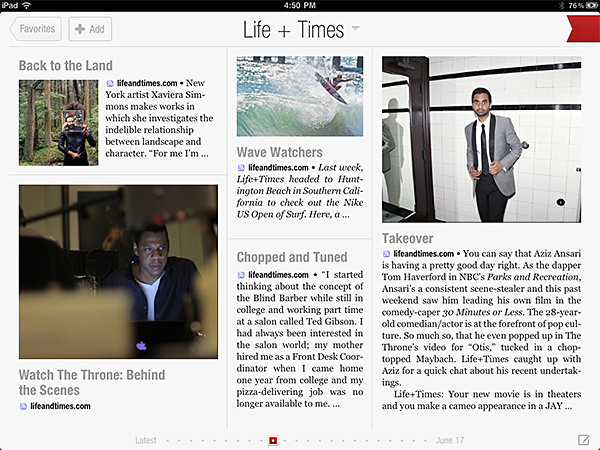 Life and Times – Tap to Add Section
Conceived and curated by Shawn â€œJAY Zâ€ Carter, Life + Times is a â€œdigital experienceâ€ that showcases Carter’s inspirations from the worlds of art, sports, music, fashion, and culture. Highlights include articles about the architectural work of design firm Roman and Williams, a meditation on Aaliyah on the 10th anniversary of her death, and photos from an excursion with the 2012 Bentley Continental GT. 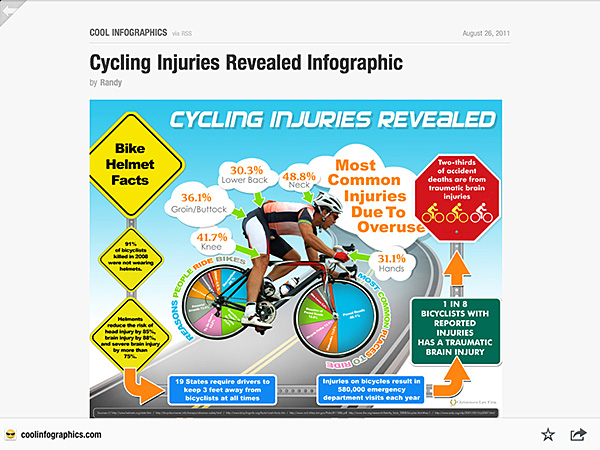 Cool Infographics – Tap to Add Section
Cool Infographics is Randy Krum’s â€œlittle blog experimentâ€ that turned into a new career. The blog highlights some of the best examples of data visualization and infographics found in print and on the Internet, from designers all over the world. Krum, a former Marketing VP for a consumer products company, has received so many requests from readers asking him to design infographics for them, that in 2009 he started his own infographics design company, InfoNewt. His most popular infographic of all time? The Caffeine Poster. 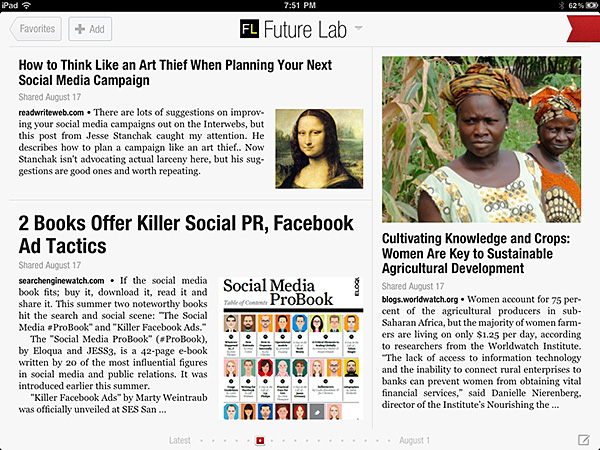 Future Lab – Tap to Add Section
Future Lab is a group of strategy consultants who pray at the church of the consumer. If you believe in customer-centricity as much as they do, you’ll enjoy this curated stream of articles about building customer relationships, marketing, brand advocacy, social media, and lots more. 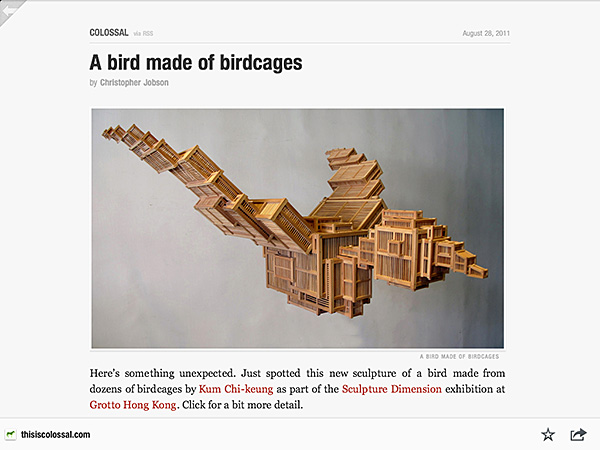 This is Colossal – Tap to Add Section
Chicago-based Web designer Christopher Jobson is the force behind Colossal, a blog that explores the intersection of art, design, and physical craft. Jobson reveals all kinds of delights that are perfect for sharing, from slate sculptures and a dog’s â€œcone of shameâ€ inspired by Reese’s candy, to a wooden bird made of birdcages. Don’t miss it.