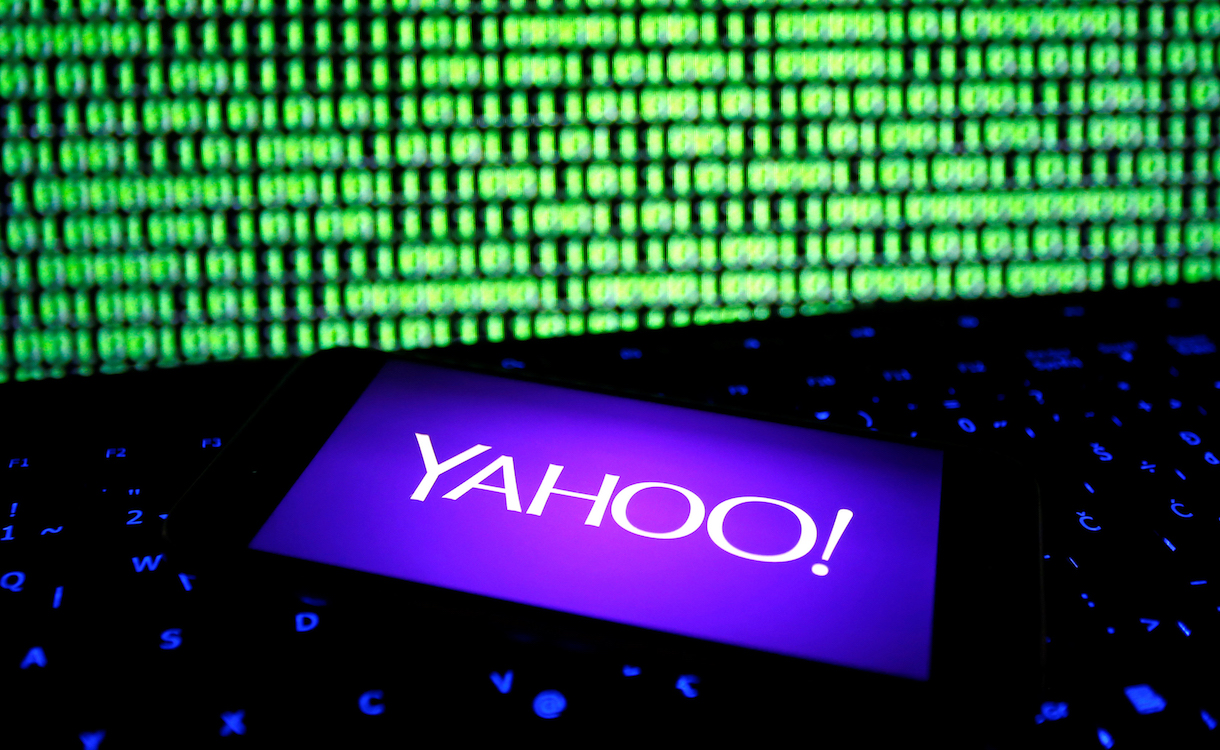 A photo illustration shows a Yahoo logo on a smartphone in front of a displayed cyber code and keyboard on December 15, 2016. REUTERS/Dado Ruvic/Illustration TPX IMAGES OF THE DAY

Another major Yahoo hack was revealed this week, with a reported one billion accounts compromised—the largest in history. Leaders from some of tech’s biggest companies met with president-elect Donald Trump to discuss innovation and the importance of fair trade deals for fostering growth. Nintendo released Super Mario Run for iOS, topping both the free chart and top grossing chart in the App Store.

Top line: “Yahoo said on Wednesday it had discovered another major cyber attack, saying data from more than 1bn user accounts was compromised in August 2013, making it the largest such breach in history.”

Top line: “Super Mario Run is a free download, but a $9.99 in-app purchase unlocks the entire game. As part of the initial free download, you can try out a few levels of the game but you’ll eventually be required to hand over the $10 if you want to continue.”

3. Trump to tech leaders: ‘Everybody in this room has to like me at least a little bit’—Business Insider, Julie Bort

Top line: “These tech titans want Trump to allow them to bring stashes of offshore cash to the US for low taxes, to be used for acquisition, investment, and dividends or bonuses.”

4. Google’s self-driving arm is spinning out of X and will be called Waymo—Recode, Johana Bhuiyan

Top line: “The company wouldn’t comment directly on its path to market or go into detail on its continued partnership with FCA — though Krafcik said they would have more to share soon — but did say he is contemplating applying that solution in the context of ride-hailing and trucking, and for solving first- and last-mile transportation problems.”

5. This is Facebook’s plan to fight fake news—Vox, Timothy B. Lee

Top line: “In a Thursday blog post, Adam Mosseri, the Facebook executive responsible for the newsfeed, announced that Facebook will begin working with prominent third-party fact-checking organizations like Snopes, Factcheck.org, and Politifact to verify news articles.”

Top line: “Over the next 20 years, Bill Gates and 19 other investors and technology leaders will put more than one billion dollars (£793 million) into a new fund aiming to solve climate change-related problems.”

Top line: “Amazon on Wednesday said it has delivered its first Prime Air order, an important milestone after revealing its drones program three years ago. Last week, one of the company’s drones dropped off an Amazon Fire TV and bag of popcorn in the backyard of a customer near Cambridge, England — 13 minutes after the customer ordered it online.”

Top line: “Wheeler’s decision continues a long-standing norm of FCC leaders leaving the agency when a new president is sworn in, allowing them to appoint a leader of their choosing.”

9. Fitbit won’t kill off Pebble services at least until 2018—The Next Web, Abhimanyu Ghoshal

Top line: “Following the news from earlier this month that fitness wearable firm Fitbit had acquired Pebble, fans of the innovative smartwatch have been fretting about the fate of their beloved devices. The parent company is hoping to put some of those fears to rest. In a blog post, it noted that it will keep Pebble software and services running through 2017.”

Top line: “After you’ve saved a post, you can go back and look at it by tapping into the new “saved” menu in your profile. Saved photos aren’t accessible to anyone else and users won’t know if you saved one of their posts.”