#ICYMI: Popular Stories in Tech This Week (Week of June 27) 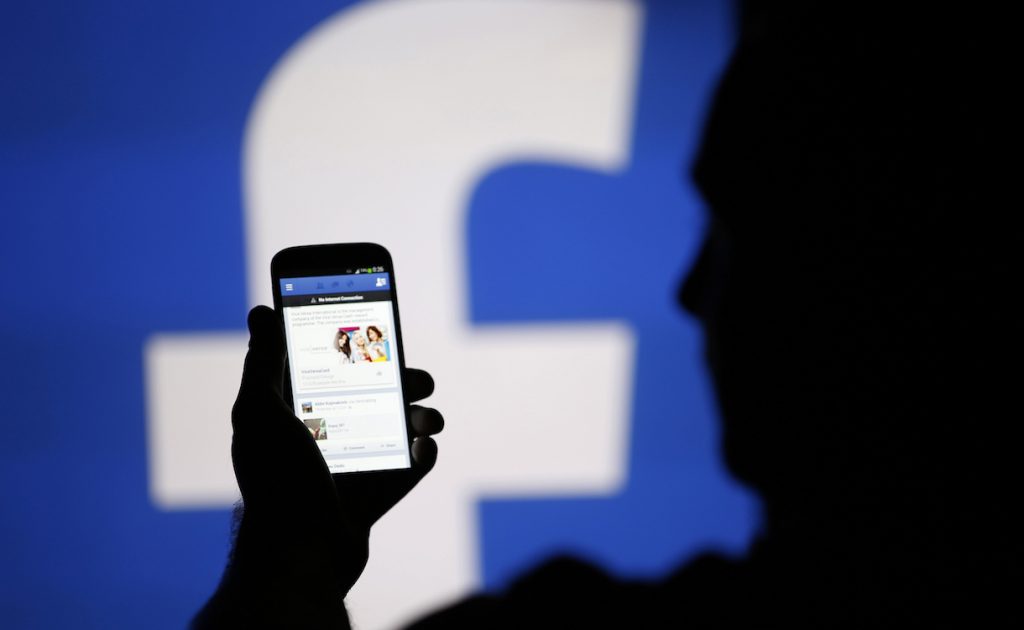 A man is silhouetted against a video screen with an Facebook logo as he poses with an Samsung S4 smartphone in this photo illustration taken in the central Bosnian town of Zenica, August 14, 2013. REUTERS/Dado Ruvic/File Photo

Facebook users will start to see a change in their news feed soon, after the company announced Wednesday they would be focusing on friends over brands. Going forward updates from friends and family will take precedence in news feeds over updates from brands and publishers. The company also disclosed Thursday that its Paper news reading app would be shut down at the end of July.

Following the UK’s shock vote for “Brexit” last week, Google revealed Brits turned to the search engine to answer questions regarding their future. There was a spike in searches for “Move to Gibraltar” as well as “Irish passport.”

Google also made headlines for its $300 million undersea internet cable. The 5,600 mile cable, which connects Japan to the US, went live Thursday offering Japanese internet users a faster connection.

Sony showcased their plans for a robot “capable of forming an emotional bond with customers,” while consumer robotics and AI startup Anki’s latest revelation detailed “Cozmo,” the tiny robot with big skills.

1. Facebook to prioritise posts from friends rather than brands—The Guardian, Jasper Jackson

Top line: “The change means that posts from Facebook groups or the pages of brands including publishers such as the Guardian, BuzzFeed or New York Times are less likely to appear at the top of people’s newsfeeds.”

Top line: “The list of searched-for migration destinations included Ireland, Australia, and New Zealand, but the two most popular were Canada and Scotland.”

Top line: “The 60 terabits per second capacity ‘Faster’ cable, first announced in 2014, has been completed and ‘officially entered into service’. Urs Hölzle, Google’s senior vice president of technical infrastructure, said the cable’s capacity is ‘more than any active subsea cable’ and is ‘10 million times faster than your cable modem’.”

4. Anki aims to bring a Pixar character to life with its plucky little robot—TechCrunch, Brian Heater

Top line: “The robot has built-in facial recognition, designed to identify individuals and help him for relationships over time. He’s also capable of building skills, getting faster and more efficient at playing games and stacking the cubes he ships with — though not before getting visually frustrated and being a sore loser.”

Top line: “The argument here is that Airbnb feels the onus should be on the city to keep track of people who skipped the cumbersome rental-registration process and hold the hosts responsible instead of Airbnb.”

7. Visitors to the U.S. May Be Asked for Social Media Information—The New York Times, Ron Nixon

Top line: “The federal government has proposed adding a line to forms filled out by visitors to the United States that would ask them to voluntarily disclose their social media accounts, a step that it said would help in screening for ties to terrorism.”

8. Windows 10 Anniversary Update will be available on August 2—The Next Web, Napier Lopez

Top line: “The Anniversary Update includes a large suite of new tools for Windows 10 users. Perhaps chief among them is a revamped set of stylus features with Windows Ink and the Ink Workspace, including improved Sticky Notes with Cortana support, and a whiteboard or screen capture tool that you can summon from any app.”

9. Sony is working on a robot that can ‘form an emotional bond’ with people—The Verge, Sam Byford

Top line: “At the company’s corporate strategy meeting this morning in Tokyo, CEO Kaz Hirai said that a new robot-focused organization within Sony was established in April and is working towards a business launch.”

Top line: “The chief executive of Facebook-owned virtual reality company Oculus, Brendan Iribe, has become the latest in a string of company bosses to have their social media accounts hacked.”