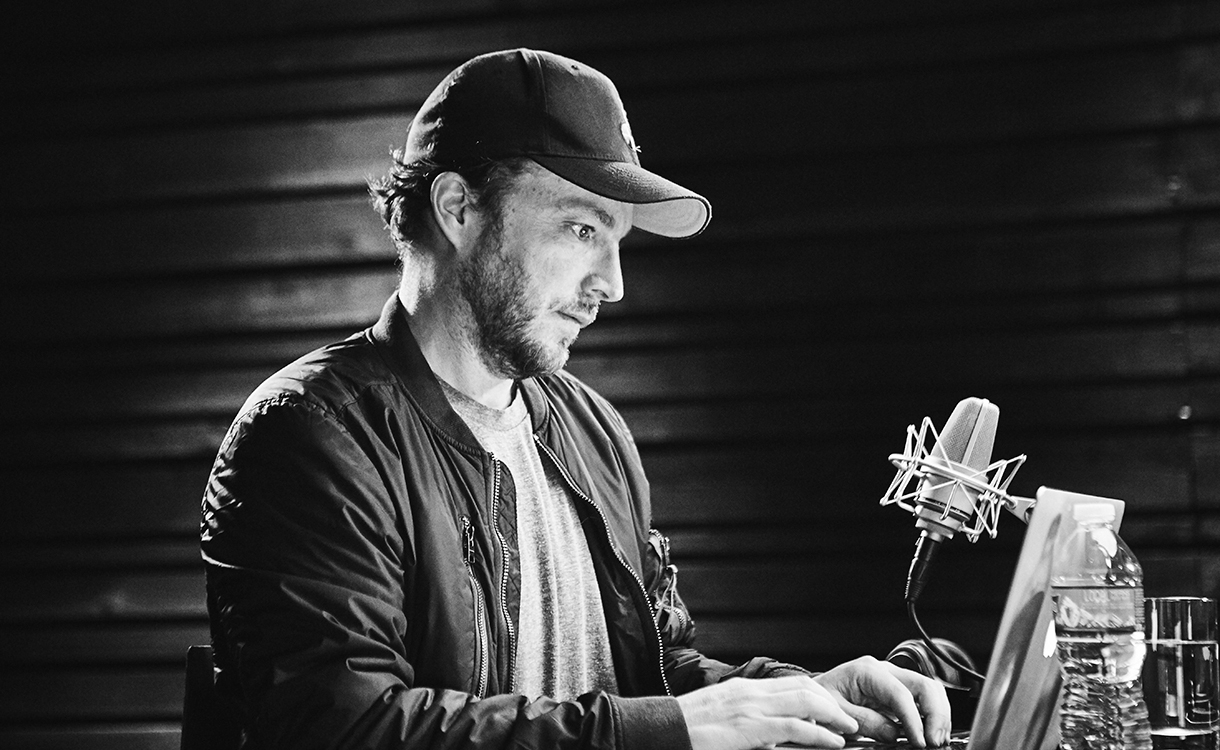 Like many guys of a certain age and disposition, I watched and enjoyed Entourage, the HBO dramedy about a tight knit group of bros who move to Hollywood in search of stardom. Though the camaraderie sometimes verged on frat-like, the show applauded ambition (among other things) and tested the limits of a good time in a way that felt relatable, if not out of reach to an adult male in his early 20s. To say it was addicting is an understatement.

One factor was the soundtrack, hand-picked by music supervisor Scott Vener. Known for playing just the right song at just the right time, Vener has great taste that spans several genres. From Southern hip-hop to British trip-hop to Nina Simone, the soundtrack gave Entourage a depth and dimension where dialogue sometimes could not.

With such passion for music, Vener is a perfect fit for Flipboard. More than a little envious of his job, we asked about his new cloud-based music app Undrtone (kind of like Flipboard, but for music), what it’s like to host a talk show with Pharrell each week, and how he started one of the coolest mixtape clubs we never heard of.

How did you become a music supervisor?
My next door neighbor in college had a boyfriend who would come visit all the time. It turned out to be Doug Ellin, who wrote and created Entourage. We became really good friends and both of us ended up living in L.A.

Before Entourage got picked up by HBO, Doug invited me over to watch the pilot and give him my thoughts. He asked why I wasn’t laughing. And I said, “It’s because the music is so bad I can’t pay attention to the jokes. It’s supposed to be about cool kids from New York—they wouldn’t be listening to Black Eyed Peas.”

So we went for a car ride, and I played him music I liked. A song came on and he said, “Oh, I love that one,” which turned out to be Jay-Z’s “Lucifer” and would become the end credits song on the first episode of Entourage.

He would continue to ask me for song recommendations till I suggested that he make me a music consultant on the show. I didn’t ask to be paid. I just loved the idea of doing this so much.

At that time I was in New York and he was in LA. I’d send him songs I liked and put them in where they needed to go. When the show got picked up for season 2, they asked me to come to L.A. and be a paid music supervisor.

How do you find songs?
People send me their music, and if it’s an artist I really love and it’s an exclusive, I’ll listen to it—but something I pride myself on is making sure the music is in the ether and is something people are talking about. I have different folders for music. I’ll separate the music from hip-hop to dance to chill to “end credits,” which can be any song, any genre—provided it’s impactful.

I think it’s interesting how people come to music. I discovered so much of it through skateboarding and skate videos, my friends’ older brothers, random mixtapes I’d buy on Canal Street in Chinatown. Nowadays I’m a little lost for how to find new music.
Exactly. But I think what might have happened has to do with radio stations. For them to work, they had to sell a certain product to a certain demographic, which made clearer distinctions.

Now kids listen to music on YouTube or cloud-based music services, they’re finding trusted sources or, as I believe, listening to music based on mood. If they’re feeling upbeat or chill, they go to specific playlists curated by music services.

The internet is becoming a better place to be exposed to music if you can find some trusted sources. It’s a good time for people like me who are considered “tastemakers” who can provide a menu of things to listen to.

I don’t know how much you know about my app, and not to plug it, but…

Please do. I’m curious—like I said, I need new music!
[Laughs] It’s called Undrtone. I created it as something for our friends. My friends growing up were all super music fans like myself. But then they got jobs and didn’t have the time to find stuff. Let’s say you dedicate 30-40 minutes every other day to listen to music—do you want to spend that time searching for new stuff, or do you want to spend that time listening to music?

So we rely on things like radio that are convenient in the hopes they’ll play something you like. Some people, like myself, are alpha searchers who get off on playing new music for friends, stuff they’ll love.

That’s what we’ve tried to create with the app: put like-minded people together and help them discover things together.

It stemmed from this thing I used to do called “Dropbox Mixtapes” with my friends. Every week we’d pick a new host, who would invite five guys and five girls to submit 10 songs, and only the host would know who the people were. After he or she saw their selections, they’d pick a theme. If you participated in one week, you got access to 100 songs every week from then on.

I loved that idea so much and wanted an easier way to share music—an Instagram for music, in which you’re following your friends and also aggregating all of the cloud-based services, and you’re getting conversations and community out of the whole thing.

One point which elevates your selections is the knowledge that they might end up on a TV show, which means you’re thinking about narrative and continuity and atmosphere. Does that change how you listen to music today? Can you listen to something without thinking of a dramatic component?
It’s a good question. My sensibility has changed. I’m now listening to music for the purposes of creating a mood. I’m looking for a song that in 15-30 seconds creates a mood, and I never really looked at music that way before. I probably had more patience for listening to an entire album and the deep cuts, which I still do today, but I hope it captures me and touches the soul in the first 15-30 seconds, as opposed to music you’ll hear at night and not care about.

I think one of the biggest, most important aspects of any creative job–and I would describe your job as creative—is the need to defend your ideas. Do you ever get pushback about your selections? What I’m saying is, how do you deal with squares who have no vision?
[Laughs] Of course. I’ve become accustomed to it. Like all creative processes, it doesn’t just involve one person. If I didn’t have a pushback, I probably wouldn’t try to do the best work, and I’d get lazy. I embrace the pushback.

But if I feel passionate about a song knowing that it’s the right thing and someone doesn’t get it, it can get heated. I’ll argue with producers, writers, editors, even my music coordinator, Rachelle.

I’ll tell them they’re corny; they’ll tell me I don’t know what the fuck I’m doing. It gets intense, but it’s fun [laughs].

Music is a powerful thing. No one’s really wrong. It can’t go through so many different filters to where there’s no singular voice.

Which explains the pressure that comes with picking music for an audience. For example: Flipboard has a Sonos at the office, and in the winter everyone was picking music. The vibe would change on a dime. I never played anything because you’d get immediate feedback—and because I frequently listen to indefensibly vulgar rap—which was kind of an interesting experiment in democracy and the lengths some people will or, in my case will not, go to defend their taste. Music is so personal!
Totally. That’s why I don’t, like, DJ car rides because…well, there’s a scene in the Albert Brooks movie Defending Your Life which I always reference. Rip Torn and Brooks are having a sit-down meeting and they’re discussing why he’s in the place that he’s in when he’s died. Torn is eating what looks like absolute shit, and Brooks is eating the most beautiful breakfast ever.

Brooks looks over and asks Torn what he’s eating, and Torn says, “Oh, you have to live for so many years to understand this food, you wouldn’t like this, it’ll taste disgusting, your brain can’t access this. I can’t eat your kind of food anymore.”

And that’s how I feel sometimes. I start to like music that’s so on the fringe because I need something different, and some of that music becomes so weird to people who don’t listen to music as much as I do.

Were there any memorable songs that you fought for?
On Ballers, I had to fight for the SG Lewis song, “Warm.” Which is funny since it went onto be the most Shazamed song of all time or something.

On Entourage, Doug and I used to clash—and all respect to him because he ultimately deferred to me—but once people started emailing him about the songs I picked, he finally realized that I was doing something right. I had no idea I had good taste in music. I was just trying to impress my friends.

How did you and Pharrell connect for your Apple Music show?
I’ve known him for almost 20 years. We always just talked music together, and I owe a lot to him—I got to sit in the studio and see how things got made, why people didn’t like certain songs, etc. Being a fly on the wall of Pharrell Williams’ studio taught me so much.

I got a call from him saying, “I can’t tell you what’s going on but I have this opportunity where I’m gonna do a radio show and I want you to do it with me—are you down?”

I was like, “Of course!” A few weeks later they presented it to me, and I didn’t even know what my role was gonna be. I thought I’d just pick songs and sit there. We organically wanted to have the same conversations that we’d have in the studio on camera and on the radio with people whose music we liked.

We’re broadening that by speaking to people who aren’t musicians about how music affects their life. That’s what we want: to show the ways music is magically embedded in our lives.

Check out Scott’s magazine on Flipboard, featuring some of his favorite songs on Soundcloud and other interviews with him, just below: 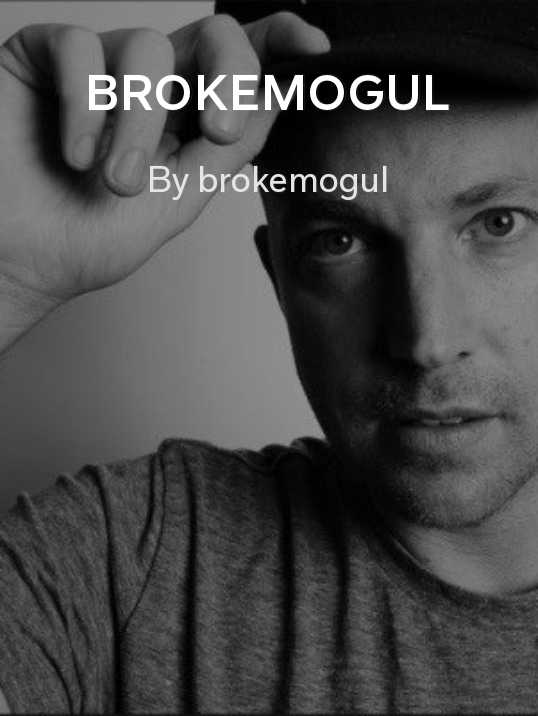