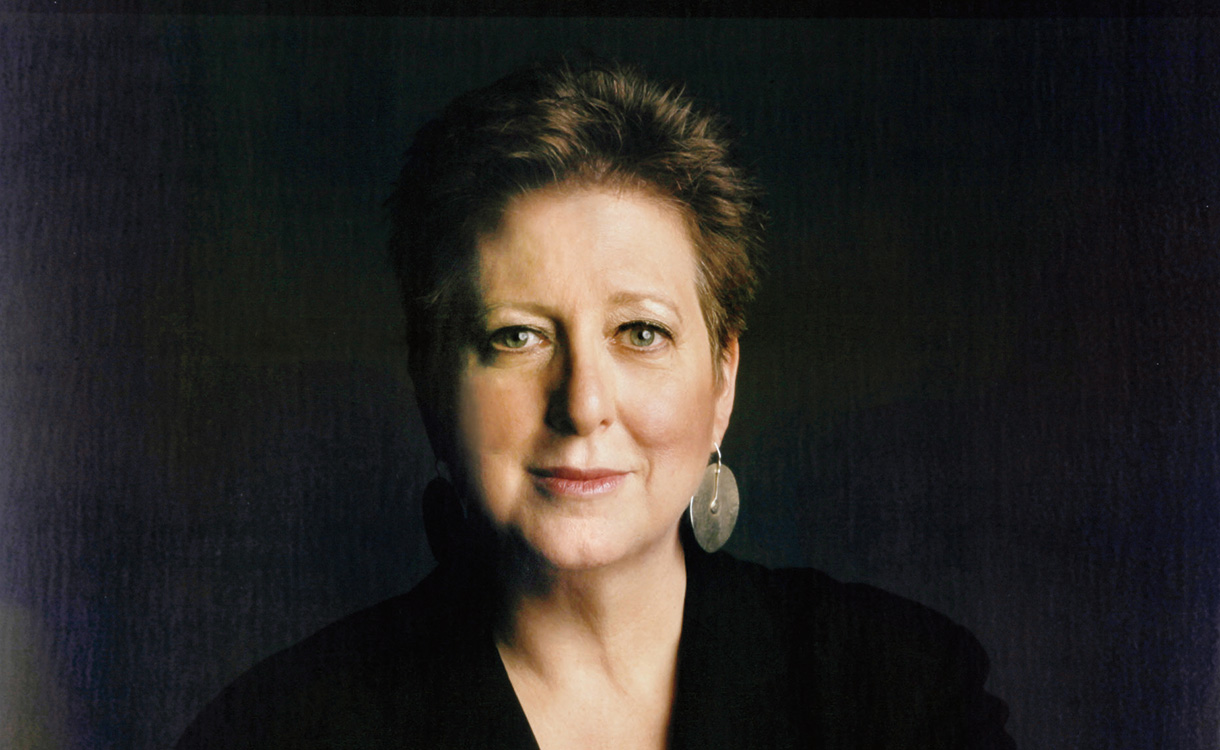 Caryl Stern has spent nearly 30 years advocating for children around the world, currently as head of the U.S. Fund for UNICEF. As the daughter of a Holocaust survivor, she and her brother were raised to “be anything we wanted to be.” That is the message she brought to her own family and takes to all corners of the globe. This self-described “Jewish mother” spoke to us about her faith, inspiration and what she’s learned about how to thrive at work and at home.

I’ve seen you described as the “world’s Jewish mother.” Do you feel like the world’s Jewish mother?
People are always saying to me, “You’re like the world’s mom.” It’s particularly timely because every time Halloween comes around, people always say to me, “You should dress up as some mom-related thing.” When I think about what a Jewish mother means to me, it’s someone who cares enough to act—doesn’t just think about it. And that’s obviously not exclusively a Jewish mother thing, but for me, because I grew up with a Jewish mother, that’s how I think of her. In that sense, I guess I am. I definitely care enough to act. But I think sometimes people think, because I have the privilege to have this phenomenal job, that I am in some way more altruistic than anyone else, and I’m definitely not. This is just something I’m passionate about.

Do you think your faith or religion play a role in your work day-to-day?
My faith definitely does play a role in my day-to-day. My mom was a child of the Holocaust, and she was sent to this country at the age of six with her brother, who was four. Her mother had to make that agonizing decision of: do I hug my child closer or do I let her go to save her life? A woman who was a family friend that my mom and her brother only know the last name of, they never knew her first name, brought them to the United States. They were in an orphanage here in New York for two years. My mother always talks about how one person saved her life and that one person can change the world, which is very much a Jewish belief. If you save one life, you save the world, that’s what the Talmud teaches you.

At the same time, my grandfather was on the S.S. St. Louis, also because he was Jewish and in an effort to flee the Nazis. That was the boat that wasn’t allowed to dock anywhere, and the world basically turned its back on those passengers. Most of them perished at the hands of the Nazis. My grandfather was one of very few who actually survived, and I knew him. That’s what happens when the world turns its back—people die. That’s also very much in keeping with Jewish belief, that we were put on the earth to finish what God started. That’s the concept of tikkun olam, healing the world, completing what God started. I grew up in this house where those were the two overarching themes of my childhood. And they’re definitely what propelled me into the career I have and are front-and-center in my brain every day.

When you think about all of the children and mothers that you’ve met, is there one who sticks out particularly and keeps inspiring you?
There’s one mother who stays with me always because I held her hand as her baby died. Her baby died in Sierra Leone of tetanus. The mom was about 19 years old. The baby was, I think, six or seven days old. Seventy cents would have prevented that death. $3.70 would have cured that death. One was the immunization, the other was medication. Neither was available in the area of Sierra Leone we were in. She had no idea who I was. I was just a woman who appeared in this dirt-poor hospital where her baby was dying. I didn’t speak her language, she didn’t speak mine, but she was in such pain as a mom watching her child suffer, so I just pulled up a chair next to her and held her hand. We were just two moms holding hands. I watched her baby die; it was the first time I’d watched anyone die. I knew the baby died before she did, and I went out to get a healthcare worker to let her know. The healthcare worker went back in, and I will never never forget the sounds of the wailes of that woman when she learned her child died. At that time, 26,000 children were dying each day under the age of five of preventable causes. I always knew that was a horrific number, but now it was one child and one mom, and I watched it. And I understood that even one was one too many.

You have such an opportunity to enact change. But it can seem daunting to those of us who do not have that exposure. What’s your advice to those of us who don’t know where to start?
You start by doing what you do best. If you’re a writer, you write about it; if you’re an artist, you paint about it; if you’re a mom, you teach your children about it, you make sure your school district makes them global citizens. And if you’re a corporate leader, you think about how your corporation can impact the world to make it better. And if you’re an American, you say there’s an upcoming election for our primary leader. What is their position on children? What will they do to impact under-five child mortality? Let’s make our children a campaign priority. Let’s put our children first. There’s lots of things you can do, and then you can always write a check or donate. We need advocacy, which everyone can do; we need dollars to meet the immediate needs, and we need creative and brilliant ideas that will help us solve the problems. And we need a generation that gives a damn. All of us can impact all four of those things.

How do you think technology and organizations like UNICEF should be working together?
I am old enough to remember when color TV came out. I remember getting our first color television, and I remember the one TV every family had. It was the social gathering place, and it was in everyone’s living room. Then there was this backlash about how TV is bad for children. Enter Sesame Street and it shifted the paradigm from is TV bad for children to how do we make TV as useful tool for teaching and entertaining children? The whole field of entertainment kind of opened up. So I see what we’re doing as shifting the paradigm again. It’s not is technology good or bad for your child, it’s how do you ensure that it’s being put to good use, and how do you use it for its best intention. For all the various scary things about a child and their computer, the best filter is a parent or an adult. Those of us who are adults can look at technology and put it to good use. That is what UNICEF is trying to do, with UNICEF Kid Power.

I know you’ve published the emails you’ve written to your family while you were away. Is communication the best advice you have for balancing work life and family life?
I do have three children and two grandchildren now. I think the trick to balancing family and work is remembering it’s family, not mom and work. It’s family and work. I have a great husband, and I think it takes a great partner. My kids understand that I travel, and I do crazy things to keep that communication alive. I took my son’s stuffed turtle with me everywhere I went, and I took pictures of the turtle everywhere I went. I had the turtle at China, I had the turtle in umpteen countries in Africa, every famous person I ever met took a picture with the turtle. That way my child had his best friend traveling with me. When I came home and tucked him into bed, the turtle went to sleep with him and got to tell him everything we did.

We have three things. I call every morning no matter where I am to say good morning. I call every night to say goodnight. My kids are required to have one thing to tell me every time I call. I really learned it’s quality, not quantity. It’s that car ride when you can really hear what’s going on. It’s always making sure they know they’re loved. I’ve done math homework while sitting in a refugee camp in Darfur over a satellite phone. I’ve sung a lullaby that way too. At the same time I’ve had the privilege to be there when my kids really needed me. If I’m in New York, I leave the office, I go home and have dinner. My family is my priority. I made a choice to have a family. I take a call from my kids or my husband no matter what. I don’t care who’s sitting in my office–I’ve taken those calls at the U.N. and at the White House. And I invite everyone who works for me to do the same thing. We’ve got to put our families as our priority.

Issues of confidence hurt relationships at home and at work. Where do you think your confidence comes from and is there a way to fix the confidence gap with women in particular?
I think I sound more confident than I probably am. I think we’re all scared inside. I went to college when I was 16 years old, and I dropped out of college three weeks later. My father gave me 24 hours to either be back in school or have a job. I ended up in a community college. Because it was already three weeks into the semester, I had a creative writing class and a gym class, a math class and a theater class. I really took the theater class because it was the only thing open. I had this phenomenal theater director. I wasn’t a theater person, I had never acted, so I was the stage manager. Three days before we opened, the lead person got arrested. They needed somebody to take the lead over. I was the only person who had been at every rehearsal. I knew every line of every part in the play so they gave me the lead having never been in any of their productions before. Just before I walked on the stage on opening night, the theater director took me aside and said, “Here’s the important thing, Caryl—you don’t forget lines, you just don’t care to say them.” It’s all about attitude. In my most sacred moments, I still hear that sentence in my ear.

Read UNICEF’s 8 Flipboard Magazines about the child refugee crisis, child labor, child hunger and other issues on Flipboard, where they’ve been curating since 2013. 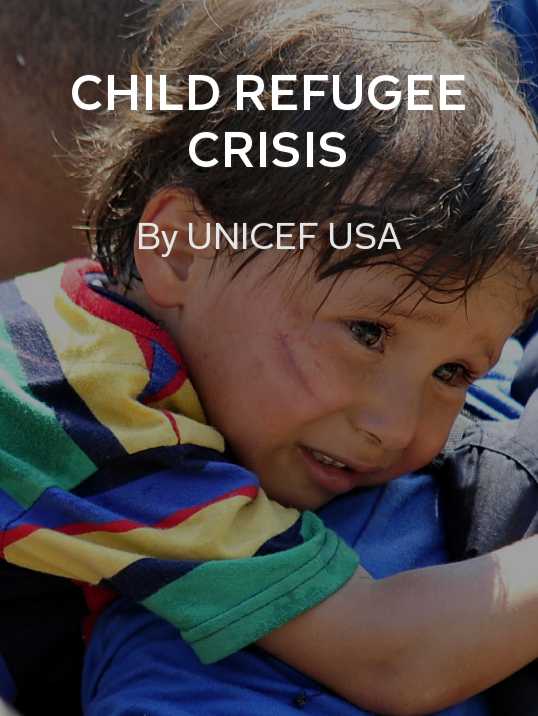 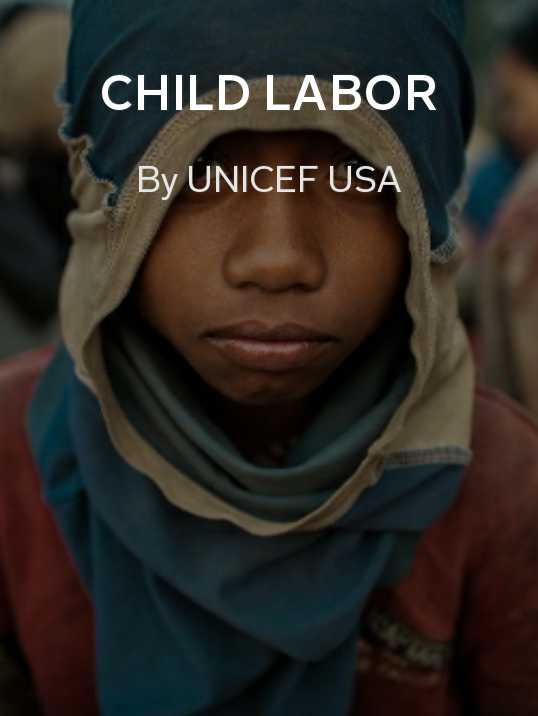 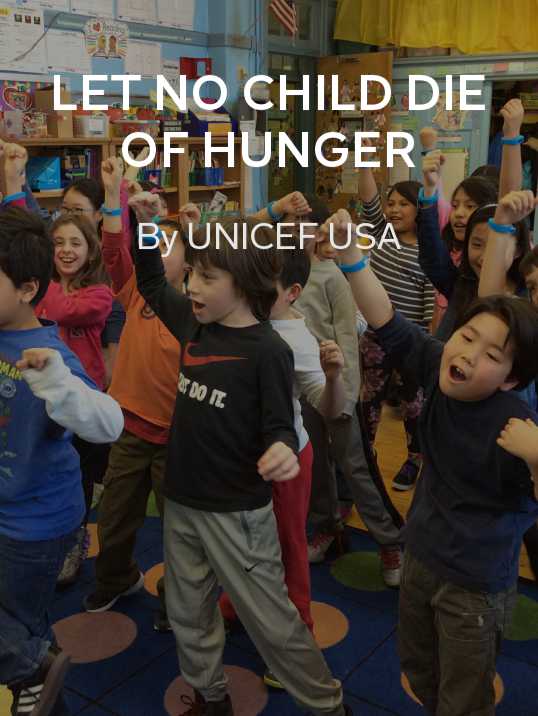 Let No Child Die of Hunger

~GabyS is reading Meet the Press