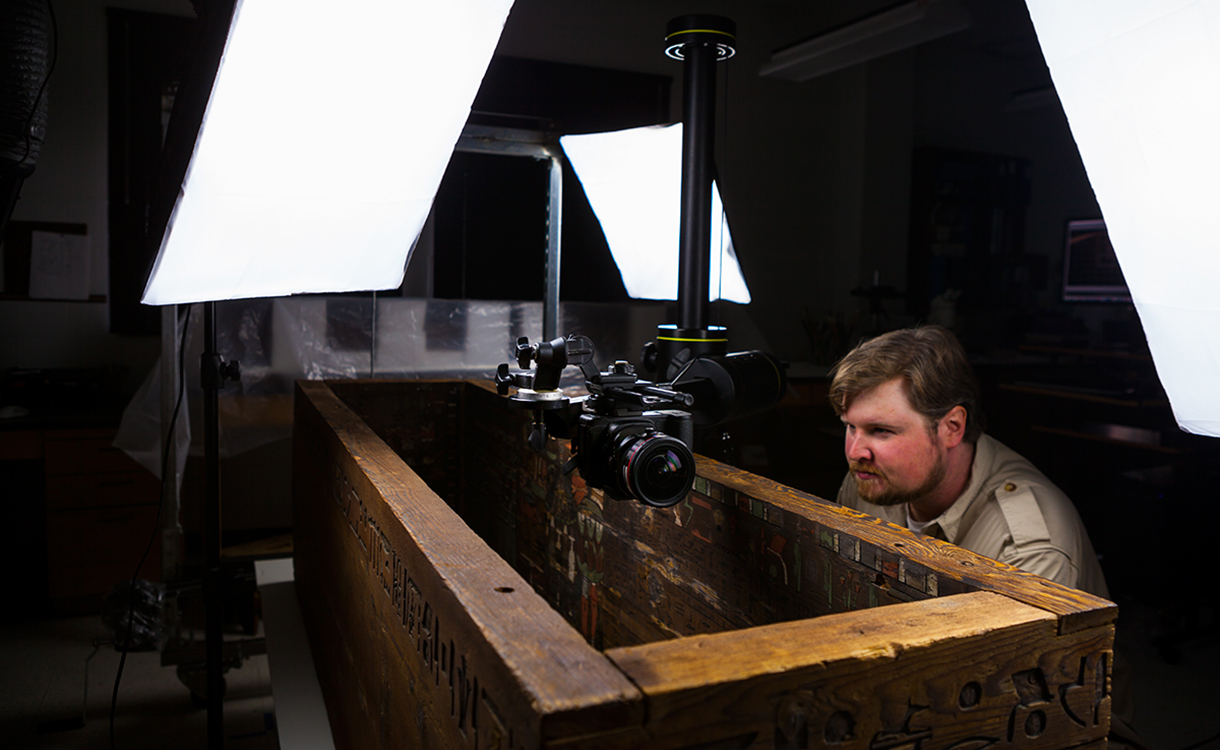 My name is Austin Kramer and I’m a visual anthropologist. I use my camera to document the way people relate to each other and the world around them. Right now I’m shooting artifacts from ancient Mesopotamia at the Oriental Institute Museum in Chicago, before leaving for the mountains of southwestern China to work with Miao artisans. To keep up with where I’m at and what I’m doing, check out the website for Austin Kramer Photography.

I have a passion for exploration, curiosity and adventure. I used to worry that there was nothing new to discover. Then I was bitten by a camel.

That day I learned two things: the first was never to trust a dromedary, and the second was that you can’t imagine some things until they actually happen. Exploration isn’t about being the “first” to do something, but instead about connecting the dots and filling in the gaps. Everyone has different experiences; they’re each holding a different piece of a vast human puzzle, and the purpose of my work as a visual anthropologist is to put those pieces together.

My work specializes in the mundane which becomes profound when seen from a different perspective. There are days at work when I end up photographing the golden mask of an Egyptian mummy or the ruins of a temple deep in the Himalayas, but most of the time I’m taking pictures of 3,000-year-old garbage, which is much more interesting. Unless you’re a pirate, treasure isn’t really a regular part of your life. On the other hand, the things we eat, the things we drink, the things we make, the things we buy, and all the things we see every day: they become commonplace, they may become boring, but eventually they all become garbage, and that garbage tells the story of our lives.

The first few sites I read in the morning are part of a fairly common routine. I think of myself as a morning person, but I’ve discovered the word “morning” means different things to different people. If I’m not fishing or traveling, I like to roll out of bed at the crack of noon, finish off any cold coffee left over from the night before, and check my email, where I get updates from several international newspapers, so I can see what the world did while I was asleep. Then I head to the kitchen, put on a fresh pot of coffee, and check my fridge to see if I still have any eggs. I usually don’t, but sometimes I surprise myself.

While everything is bubbling and sizzling, I normally check through my Facebook feed. Many of the stories that end up in my Flipboard magazines come from friends or groups that I follow. Then, once I’m done with breakfast it’s time to hit the road, or in Chicago, to hit the rails. That’s when I turn to Flipboard to sort things out and distill down the stories that caught my interest that morning.

My “media diet” includes a pretty eclectic sampling of the Internet. Aside from newspapers, I regularly check on literary magazines, photography newsletters, adventure and exploration blogs, and scientific web comics. I’m also willing to look up just about anything on JSTOR. These days, though, I really enjoy getting my news from social media. By following a mix of old friends, interesting public figures, organizations I support and the companies that manufacture the equipment I use, I find a much wider spectrum of stories than I would by just opening the newspaper.

My favorite topics on Flipboard are the locations. Following “Asia” or “Senegal” or “Istanbul” makes for an interesting news feed because the topic implies the theme, but not the content. As a result, when I check in on “Paris” I don’t just get elegies to the glamour of Walter Benjamin’s “Capital of the Nineteenth Century” – I get any story that mentioned the city, ranging from stock quotes to police police beats, restaurant reviews to traffic reports. This, to me, is a much more compelling portrait of a vast place where people actually live their lives.

But I enjoy other Flipboard users much more than topics. Some magazines come from blogs or print media I already follow, such as CityLab, Overland Journal, the Paris Review, or 75Central Photography. Intellectually, though, the most stimulating are smaller individual magazines, because they represent a certain kind of eclectic syncretism that only the human mind can generate. Roderigo Varela’s “Food and Travel” links foodways with landscapes, while Gav’s “Gentlemanliness” explores the intersection between cultural concepts of identity and the physical things that we use in our daily lives. I also always enjoy checking in on both of Jeremy Sproul’s magazines – “F.A.C.D” (Food Art Culture Design) and “Adventure Time” which bridge the world of the wild and the world of the mind in a similar way that I’m trying to do with my own magazines.

The best article I read all week was “Why Men Fight: An empirical investigation of the extreemes of masculinity” by Thomas Page McBee. It’s an extraordinary, visceral, personal examination of aggression and manliness from the point of view of McBee, a trans-man, journalist, and now, amateur boxer. It’s half-“Orlando,” half-“Death in the Afternoon,” and completely riveting, personal writing that is also transcendentally meaningful. McBee talks about his feelings about fighting, but also how he experiences manhood without boyhood, learning as an adult what many men grew up knowing. He looks at masculinity with fresh but familiar eyes. It reminds me that there’s a lot of being a man I’ve always taken for granted. What I find most rewarding, though, is discovering that, while he and I may come from very different perspectives on the world, there is a resonance between his experience and mine, which may be the subtle glue that binds humanity together.

I feel one issue that needs more attention is ecology. There are lots of people who are concerned about the environment these days, or the world, or society, but all too often we turn our interest to small parts of bigger systems. They are easier to talk about, after all, but this can be misleading. Ecology is about understanding of how these different parts interrelate to form a greater system. There are ecologies in nature, but also in society, the economy and even online. When we approach problems, we tend to look for the single cause, that one thing that is broken so we can “fix it.” But often times the answer isn’t so simple: in many ecologies nothing is specifically broken, but the parts aren’t working well together, while in other ecologies everything may be “broken” but somehow works fine. Understanding the world through relationships rather than parts and problems is probably the most important step we can take towards solving some of the most serious problems we face today.

A unique productivity tip of mine is to slack off. Plenty of people will sing the praises of hard work, so I’m going to put my 10 cents on the side of taking a break. It’s easy to become distracted by working too hard and too directly on any one thing. At a certain point, you become so worked up that you forget why you were doing it in the first place. When I encounter writer’s block, or photographer’s block (yes, it exists), or any time I get stuck at a dead end, I remind myself to take a break, and try something new. I go for a walk, go for a drink, grab a book or catch a movie. I fill up with new experiences and let my mind decompress, so when I finally circle back to the task at hand, I have a fresh perspective, and more often than not, I can’t even remember the problem that stymied me.

If I could offer one piece of advice to my younger self, it would be to never order a drink you can’t finish, never finish a drink you didn’t order, don’t trust whoever told you “the weather will be fine” but believe the girl who said she was a Mongolian Princess, because optimism won’t keep you dry, but cynicism won’t start an adventure. 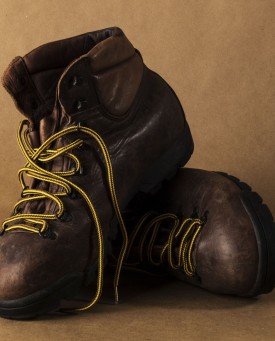 Don’t judge me by the shine on my shoes, but instead by the dust on my boots. 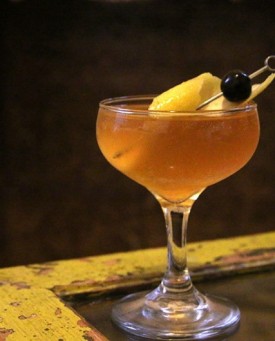 A cool drink by moonlight, in the back alley midnight, winding my way through the old stone city of a restless mind. 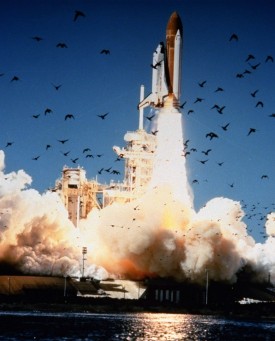 Beyond the Shoulders of Giants By Austin Kramer

Austin Kramer: Beyond the Shoulders of Giants

To peer beyond the horizon of the Sea of Dreams, and forge tomorrow’s Dawn from tonight’s Darkness.