The Week in Review: Iraq Uprising 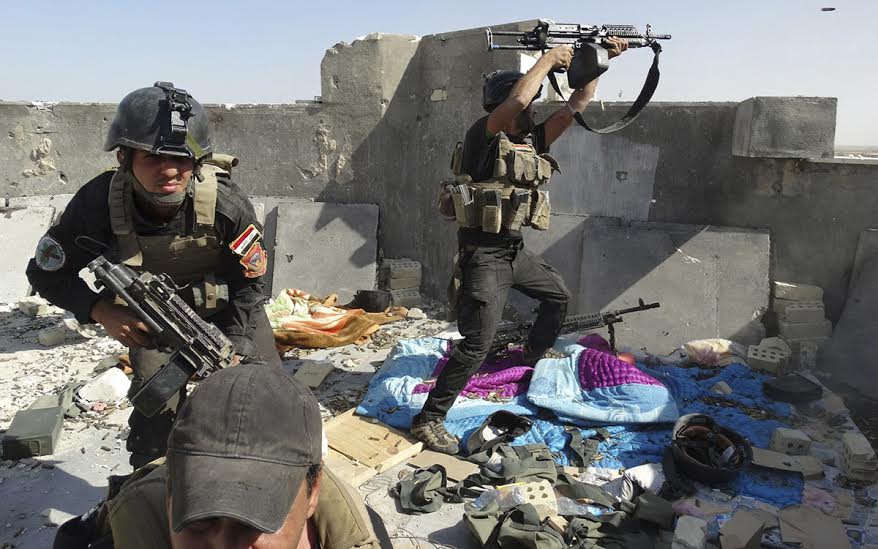 Formerly associated with al-Qaeda, militants from the Islamic State of Iraq and Syria (ISIS) have crossed the border from Syria and now threaten the future of Iraq. Attempting to divide the country along sectarian lines, ISIS has invaded Iraq in the hopes of creating a pan-Islamic state under Sharia law. After occupying most of northern Iraq, the group gained control of the country’s largest oil refinery on Wednesday.

Amidst local resistance, ISIS responded with a wave of violence. On Sunday, the group tweeted about the massacre of 1,700 Iraqi soldiers, a number that has yet to be verified by independent sources. Though unable to confirm the milita’s claims, the United Nations High Commissioner Navi Pillay condemned systematic executions as “war crimes.”

In an effort to protect both Iraqi and American interests, President Obama plans to send 300 military advisors to Iraq to provide training and advising to local fighters. The President reiterated that the U.S. will not be “returning to combat with Iraq,” answering speculation regarding the level of American involvement.

How far will ISIS go? Will they coerce the United States, which spent billions of dollars bringing democracy to Iraq, into further military action? Find out in these magazines: 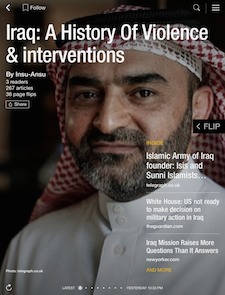 Iraq: A History Of Violence and interventions by Insu-Ansu: Filled with articles on the Iraqi situation—including updates from previous conflicts in the region—this magazine provides current reports and a historical context for the recent uprising. 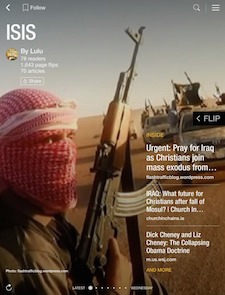 ISIS by Lulu: This magazine provides news and updates about the al-Qaeda-inspired extremist group responsible for some of the Middle East’s most recent violence. 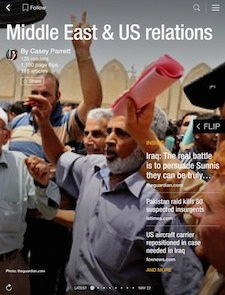 Middle East & US relations by Casey Parrett: Exploring the relationship between the United States and the Middle East, this magazine gives current, bilateral updates on events and reactions concerning both parts of the world. 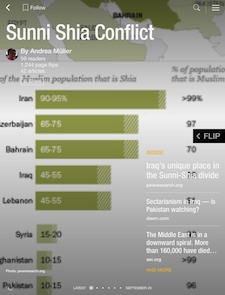 Sunni Shia Conflict by Andrea Muller: With ISIS exploiting sectarian differences, Sunni and Shia tensions are boiling over into bloodshed. Covering religious conflicts all over the Middle East, this magazine will keep you informed about the ongoing disputes. 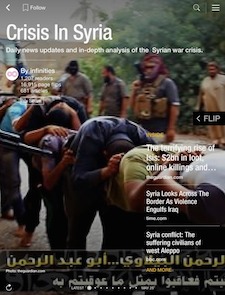 Crisis In Syria by infinities: ISIS initiated its military rampage in Syria. This magazine will allow you to follow the trail of the extremist group as it attempts to create a united Islamist state. 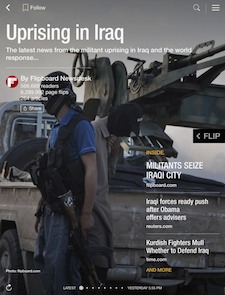 Uprising in Iraq by Flipboard Newsdesk: Focusing on the U.S., this magazine compiles recent news and responses from the American perspective.