The Week in Review: What Defines an American? 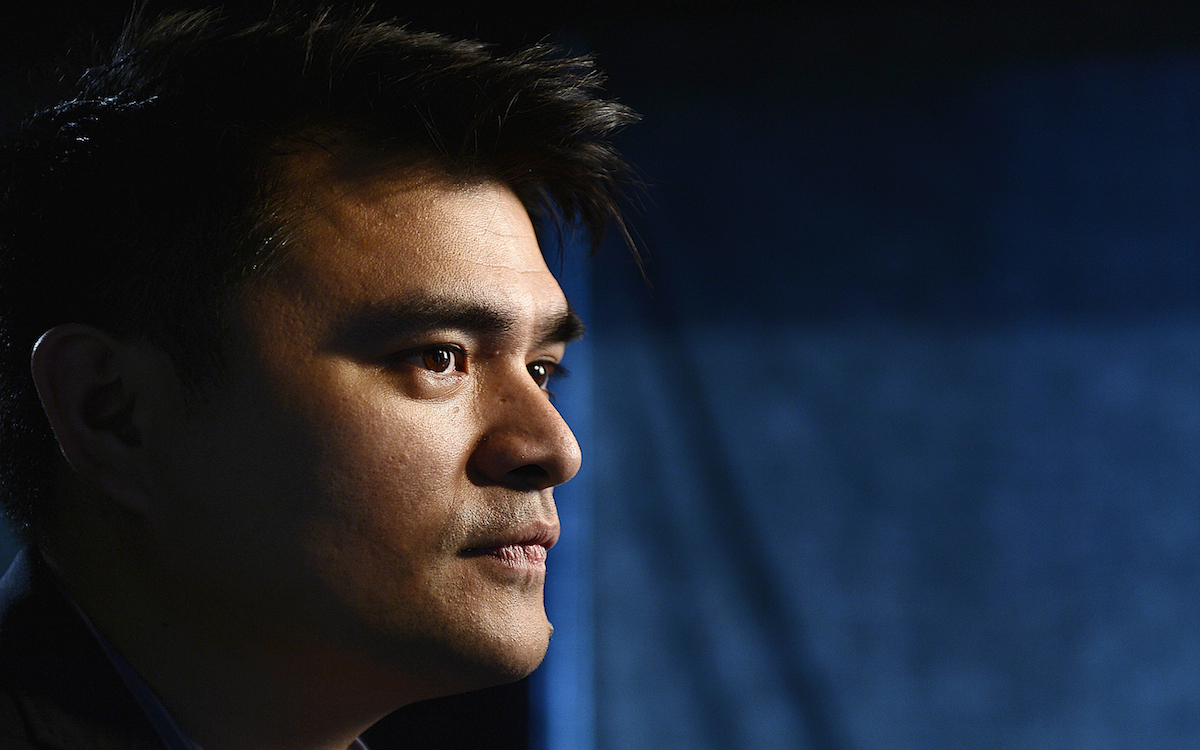 In 1993, 12-year-old Jose Antonio Vargas boarded a flight in his native Philippines and landed in the United States, where he’s lived ever since as an undocumented immigrant. Today Vargas is a Pulitzer prize-winning journalist, immigration rights activist and filmmaker. On Tuesday, Vargas was in McAllen, Texas, to report on a story about Central American migrants when he was detained and eventually released by Border Patrol.

The drama around Vargas’s detention shifted to a discussion about undocumented immigrants who, like Vargas, consider themselves to be Americans—at least culturally, if not legally. But some think this was a stunt: illegal aliens, even those formerly employed by the Washington Post, should tread carefully.

Vargas revealed his plight in a 2011 article for the The New York Times Magazine, in which he wrote that he first learned of his illegal status at the age of 16 and thereafter committed himself to “earning” citizenship. Vargas went on in the piece to detail his childhood, his reconciliation with former colleagues and his lifelong dedication to immigrant rights.

Legality aside, the story is uniquely American. The contributions of immigrants to the United States aren’t being denied; however, they are being discussed with a renewed vigor. We collected some of the more interesting and objective takes below: 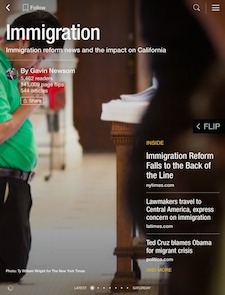 Immigration by Gavin Newsom: As California’s Lieutenant Governor, Gavin Newsom has extensive experience on the impact of immigration. See what he reads to educate himself. 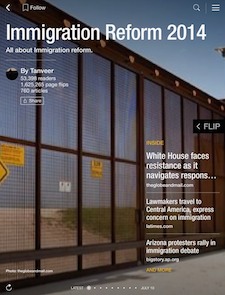 Immigration Reform 2014 by Tanveer: While the debate about immigration reform has been raging for years, it seems like Democrats and Republicans are finally reaching a consensus. Will it hold up? Find out here. 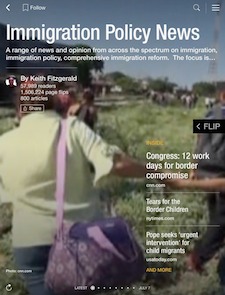 Immigration Policy News by Keith Fitzgerald: Learn what each political party says it’s going to do—and measure against what might actually happen. 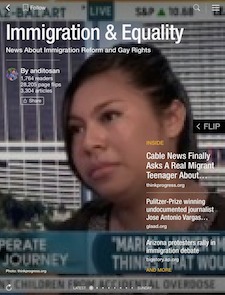 Immigration & Equality by anditosan: For many, immigration, like gay rights, is about equality. Contrast and compare the situation here. 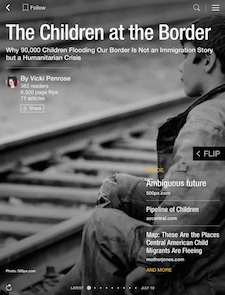 The Children at the Border by Vicki Penrose: The term “undocumented immigrants” obscures one crucial fact: many of those making the dangerous trek across the border are children. What’s happening with them? Find out. 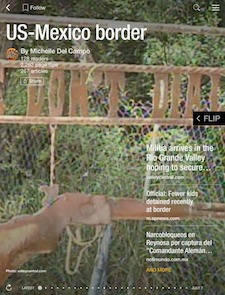 Us-Mexico Border by Michelle Del Campo: Though Vargas’s story brought media attention, the border bubbles with activity each and every day. In this magazine, get updated with the latest developments from America’s frontier.