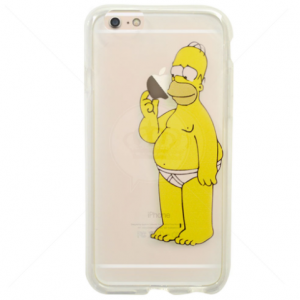 Far and away, the most important thing that happened in the tech world this week had to do with… well, let’s call it “free naked, iPhones.” You might be wondering what I’m talking about.

Some years ago, I met the editor of what was then one of the most popular tech-related websites in the world. “What are the trigger words that get people to click on your headlines?” I asked her. Without a beat she replied, “Anything with the words ‘free,’ ‘naked’ or ‘iPhone’ is like crack to our readers. Those words drive clicks.”

The thing that happened during the past week is every bit as interesting as free, naked iPhones but unfortunately the topic itself sounds so soul-crushingly dull and bureaucratic, very few people have taken the time to understand it. The topic is,  of course, net neutrality—two words that I will not use again in this column for fear of glazing your eyes like two Christmas hams. Instead, I will substitute the words, “free naked iPhones” to mean the same thing, and try to trick you into reading about the issue.

PULLQUOTE: Ultimately…the real losers will be all Americans, because there will be fewer choices and less innovation.–The New York Times

Now that that’s out of the way, let’s take a moment to recognize that we are currently living in a world in which free, naked iPhones is the status quo. That happened in 2015 after the Obama Administration pushed to regulate Internet Service Providers as “common carriers”—meaning that their fiber optic cables ought to be considered as big, dumb pipes. Yup, that’s the gist of free, naked iPhones: all data ought to be treated the same, regardless of the source.  So, for instance, AT&T can’t slow down voice over IP phone calls from, say, its competitor, Comcast. Nor can it extract higher tolls from services such as Netflix or YouTube.

But on Tuesday, Ajit Pai, the new chairman of the Federal Communications Commission, proposed to the Republican-majority commission getting rid of free naked iPhones. Pai argues—convincingly in fact—that the Internet and everything that depends on it did quite well without any regulation. Free naked, iPhones is already having a negative effect on the economy because it’s hampering investment in broadband. Without free, naked iPhones, we’d see more ISPs stepping up to provide Internet access to poor and rural parts of the U.S., which are underserved.

Despite the arguably partisan overtones of Pai’s move, he’s got plenty of sophisticated, tech-savvy company on his side, including Wired Magazine, and tech luminaries such as Marc Andreessen, Peter Thiel, Scott McNeally and Nicholas Negroponte.

Yes, this debate is as lively as it is surprising. Proponents of free, naked, iPhones—and they include the inventor of the Web, Time Berners-Lee, Google president Vint Cerf, and Tim Wu, who coined the very term that, er, I am not using—say that a guarantee of free, naked iPhones is tantamount to  free speech. The New York Times in particular is strongly in favor of keeping the rules in place. Competition would be crushed without it. Startups wouldn’t get off the ground if they had to worry about throttling and buying access to network fast lanes. Indeed, more than 700 Silicon Valley startups have petitioned the FCC to leave free, naked iPhones in place.

So where do I stand on this? Weirdly, I’m leaning toward being against free, naked iPhones. There was very little evidence of telecomms overreaching prior to its enactment and this seems to me like an example of fixing something that wasn’t broken.  That said, there will be plenty more discussion about this in the coming months—you’ll just have to force yourself to read it.