Attracting Millennials: How One Startup Is Using Flipboard to Connect With Potential Users 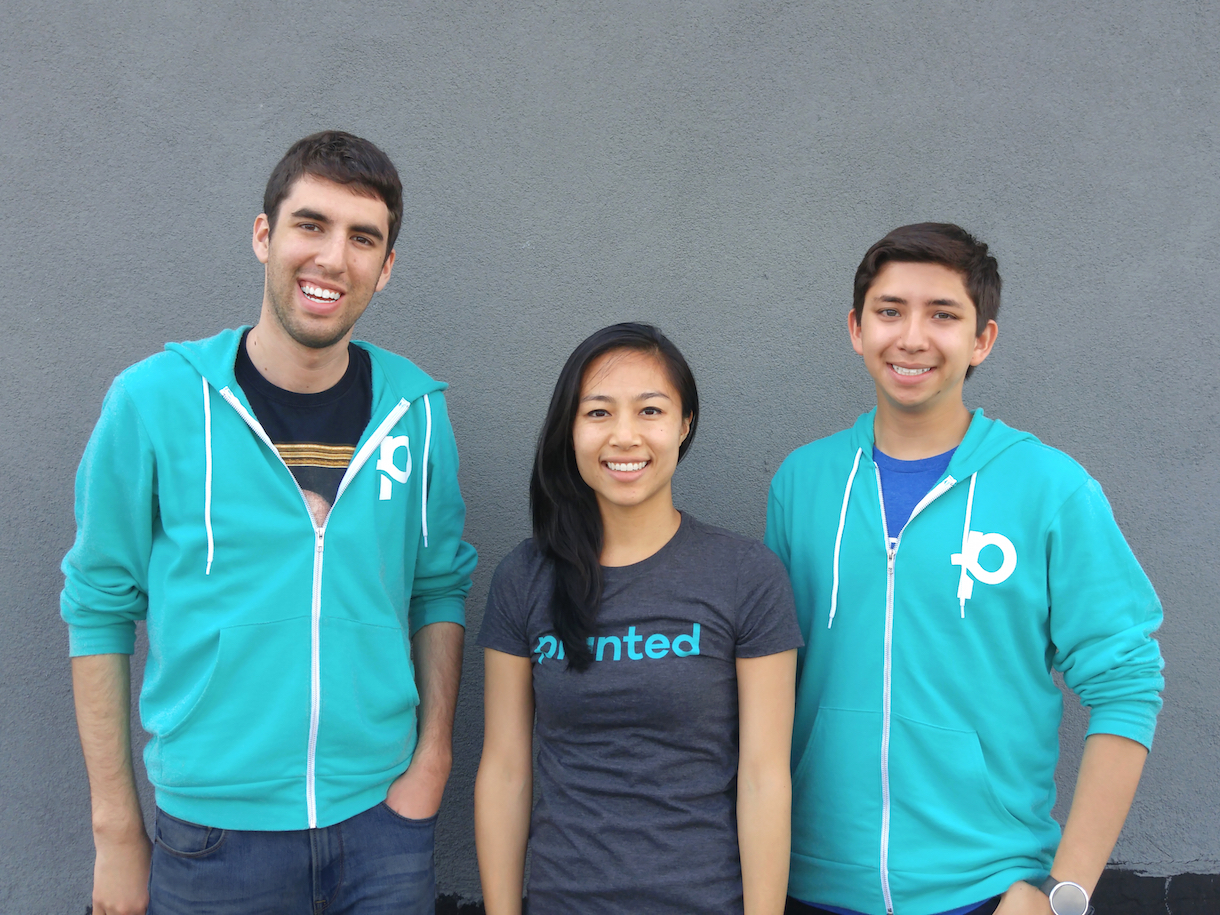 Planted, a New York-based startup for non-technical graduates, caught our attention when we saw this in our Twitter stream: 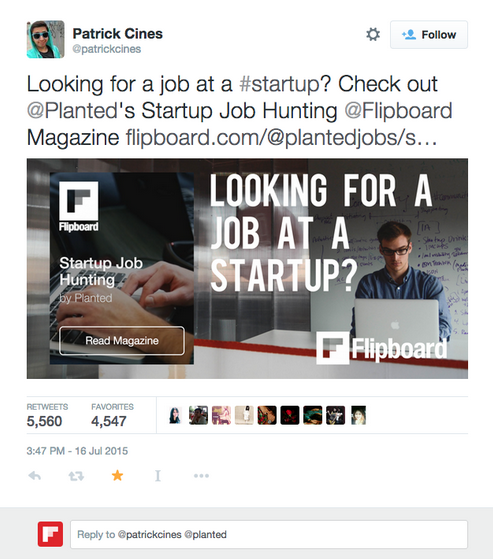 5,560 retweets and 4,547 shares? Impressive. We wanted to know more about the team behind this (not to mention their secret to such strong Twitter engagement), so we talked to Planted’s Community Manager Patrick Cines, Co-founder Connie Wong and Account/Content Manager Lance Wildorf, all of whom are contributing to the company’s Flipboard Magazines.

First, the basics: Planted is a matchmaking service that connects recent non-technical graduates to startup jobs at companies with vibrant cultures. The company is attuned to the needs and wants of millennial job seekers who are looking for big opportunities to make a difference—beyond their own paychecks.

“We’ve seen that it’s less about the traditional things like salary and stability and more about where they can make an impact, and learn with a really amazing team,” Wong explained.

Wong, citing Glassdoor, says another difference is that “45% of job seekers are using their mobile device in their job seeking every day.”

That’s why Cines and his colleagues created Planted’s Flipboard Magazines: As a way to meet these users (as well as the people who might hire them) where they already are—on their phones. Startup Job Hunting features the company’s blog posts and thought-leadership pieces, along with relevant articles from publishers such as Forbes, Inc. and Business Insider. How to Hire for Your Startup speaks to potential employers who might want to work with Planted.

By curating from a wide array of topics that runs the gamut from startups to career development to success, Planted’s Flipboard Magazines end up doing double duty for the company. Cines says they’re “giving our current users access to our content on the fly, but also attracting people who are interested in startups in general.”

So how’d Planted get qualified readers to its magazine? Cines successfully tested a growth hack: He added the popular #startup hashtag when he tweeted about the Startup Job Hunting magazine. That inserted the magazine into an ongoing conversation among relevant and interested people. It’s not a new approach, but Cines says it helped drive the magazine’s growth, which now has more than 10,000 readers.

Notes Wong: “[Flipboard] ties into our broader theme to not just try to be a job board but also to provide career advice on how to think about not just getting a job, but getting a job that is really meaningful.”