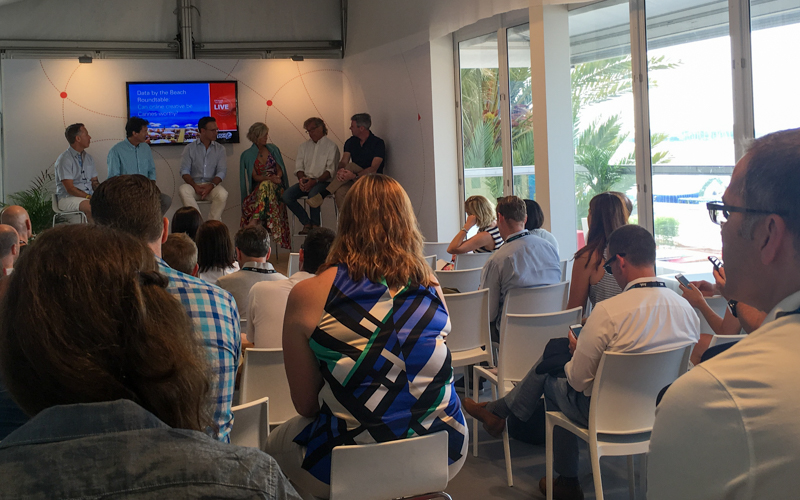 Throughout Cannes, there are panels and interesting discussions happening on every corner, both on and off the beach. Today, I attended a panel hosted by Oracle Data Cloud with the Advertising Research Foundation called “Can online creative be Cannes-worthy?” The panel was introduced by Gayle Fuguitt (Advertising Research Foundation or ARF) and moderated by Cory Treffiletti (Oracle Data Cloud). Flipboard CEO Mike McCue was one of the speakers and other panelists included Tim Mahlman (AOL), Tom Phillips (Dstillery), Ann Simonds (General Mills) and Michael Yapp (Google).

During a Cannes Lions conference that increasingly focuses on data, one key theme this year is how to bring the humans back into the conversation. It was refreshing on a beautiful sunny morning at Cannes to hear Oracle Data Cloud and the Advertising Research Foundation (obviously very data-driven companies) facilitate a conversation around people and how to make an emotional connection with them.

1. Connect with the heart, not just the head. ARF opened with challenging the measurement industry and the fact that, as an industry, we’ve put too much emphasis on measuring sales (the head) but not enough on the heart and key needs. We need to do more of the work around neuroscience, for example, that measures when people’s hearts beat faster so you understand how to make an emotional connection. Tom from Dstillery echoed that too much emphasis is placed on who we reach and not enough on how we reach them and connect with them around a need. Ann from General Mills said we have to be curious about our customers. Mike from Flipboard talked about how he was inspired by magazines because they connected to his passions. And how brands can be emotionally relevant by participating in that context. Ann echoed that “magazines were so great because they knew their audiences so well.” They know what you’re passionate about—”the five or six things that really matter to someone.”

2. Think about story-doing, not just storytelling. Michael from Google believes the mistake we make is following the traditional media model of storytelling. Instead, we should be thinking about “story-doing” and “make it participatory.” A good example is the Ice Bucket Challenge that inspired people to get involved and take action. Another example is Pedigree understanding that pet owners care as much about their pets as their kids and so they developed an app to help locate lost pets, an amber alert for pets.

3. You have to create desire first, then you can harvest it. “Great advertising makes an emotional connection between the brand and the consumer that endures,” said Flipboard’s McCue. “It inspires you to take action, it’s not just a transactional reminder to buy.” Ann from General Mills chimed in by saying that it starts with “a profound sense of purpose” for your brand.

4. Be an inventor. Michael from Google addressed the question in the title of the panel by saying that what is “Cannes-worthy” (a festival that celebrates creativity) isn’t just about art and writing anymore. It’s about “the conveyance of technology to support a human need.” We no longer just need writers and designers, we need inventors. These days, great ideas and innovation build big brands.

No matter how much data we throw at the problem, great advertising always comes down to understanding people, their needs and making an emotional connection. So let’s keep celebrating creativity and innovation as we’ve been doing for years at Cannes Lions!