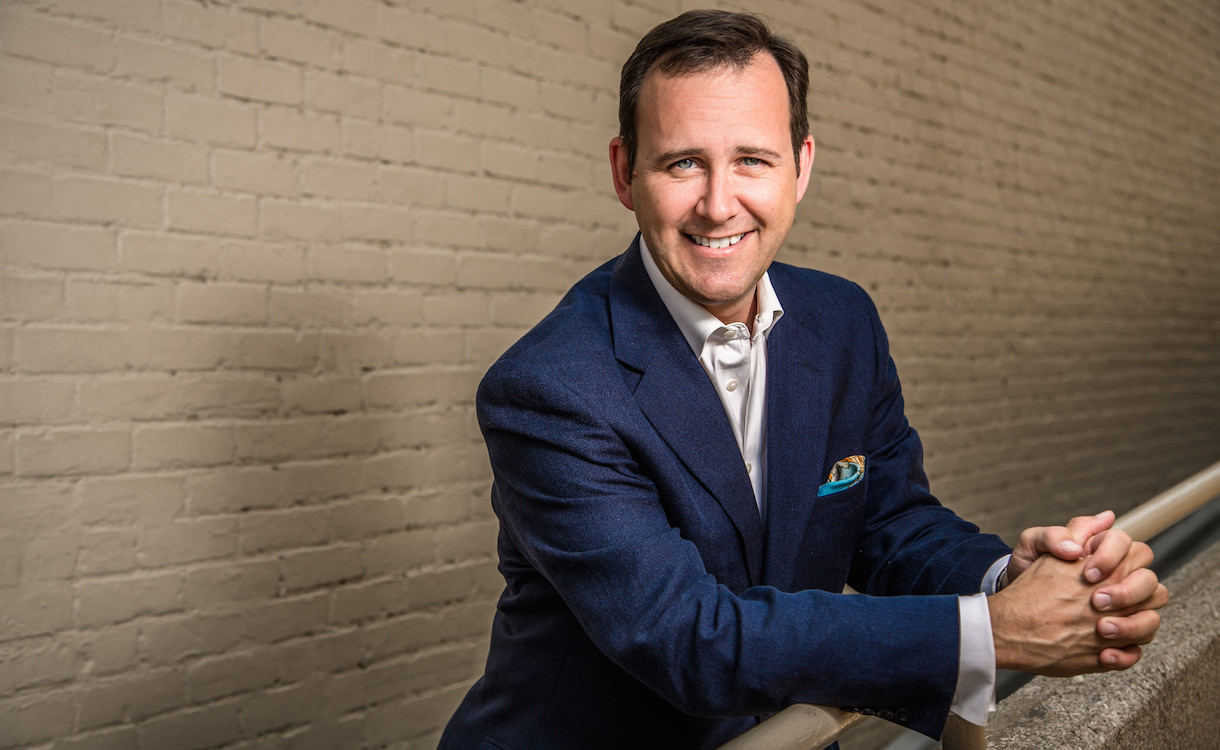 Scott Monty is probably best known as a digital marketing pioneer from his six years at Ford Motor Co., where he developed the company’s social media strategy. Today, he’s the CEO of his own consultancy firm, Brain+Trust, and he’s on the advisory board for Zignal Labs in San Francisco. Scott also runs a popular newsletter and podcast, The Full Monty, about digital communications and marketing. When he recently visited the Flipboard office in Palo Alto, CA, we learned the crucial role Flipboard plays in his life and his work: he starts his day with it to catch up and also uses it to prepare his newsletter. We also chatted about online marketing, digital transformation, and other things on a CMO’s mind. Here are some highlights.

Many of us who have been in the marketing and digital space for a long time think we have seen and done it all. But there are still companies at the beginning of their digital transformation, and I enjoy working with them. We’re able to apply what we have learned since 2009, avoid pitfalls, and use new tools that didn’t exist back then that make things a little easier. I’ve also come to the startling realization that email is probably more important now than it has ever been, despite the rise of all these social platforms.

Yes, because email is the technology that will save you from the oblivion of too much content. What I mean by that: you are overwhelmed by your Facebook and Twitter feeds. People are spending more time in apps and on mobile devices than anywhere else now. With email, you know, with a high degree of certainty, about the percentage of people who are receiving and opening your emails. And usually that percentage, if you are doing it well, is in the 20s, 30s, maybe even 40s for open rates. Twitter tells you what your reach is, but it doesn’t actually tell you who saw it or the intention of people.

“Email is the technology that will save you from the oblivion of too much content.”

So engagement is what matters?

Yeah, engagement, actions taken, outputs…what happened as a result of your message. Email has consistently shown to be more engaging on a regular basis. Email is powerful for two other reasons as well. It allows you to progress up a ladder of a relationship. Email programs who you if if someone has taken a certain action and based on that you can determine the next step. Second, with email you own that relationship. You don’t own that Facebook fan; you don’t own the Twitter follower. When you combine the two and connect your email database with Facebook, then you can use the custom audience approach on social, which is smart. But owning that relationship in email is still so critical. It’s one of the things we learned when I was at Ford. We brought in an agency called Blue State Digital in early 2009. It’s the agency that helped power the digital part of the Obama campaign.

What did the digital agency do for Ford?

Everyone was talking about the Obama campaign’s ability with digital and social in those days. The big secret was that it came down to email! They had three pieces of information about everyone: a first name, a zip code, and an email address. And that’s it! Companies that want to register you for a white paper and want 15 pieces of information can learn from that. People will only give you the bare minimum.

Blue State got three pieces of information and applied it to email. Every single email that the Obama campaign sent out had the same formula: here’s what you missed, here’s what’s going on next, and here’s how you can help. It’s a very simple formula. Every time they sent out an email they looked at the response rates. They also had millions of versions of copy running, so they were constantly testing. The campaign was doing that constantly and then, based on what actions people were taking, they would receive the next message. If they did not take action, the campaign tried a repeat approach of a slightly different nature. Email automation was the key to success.

How did they get the people to sign up for the email?

When you went to the campaign homepage, the email signup form was the first thing you’d come across. All their ads were driving people to the same homepage, and the fact that it was minimalistic really appealed to a lot of people.

During your visit at Flipboard, you’ve said several times that communication has to be two-way. Can you elaborate?

Ten years ago, Hugh MacLeod, aka Gaping Void, had a card that said: “If you talk to people the way advertising talks to people, they punch you in the face.” That is still relevant today and it’s what social has become under marketing’s umbrella. To me, there is so much more power to listening than speaking. Everyone has a grandmother that said: “You have two ears and one mouth; use them in that proportion.” If more companies listened to that kind of advice, we would be in a better place.

So what does listening look like for a company?

The good news is there is more information out there for you to find out. People won’t shut up! You can gather information from people who have something to say about your brand. Usually it is a clear split between the people who really love you and the people who really hate you. It’s much easier to turn a hater into an agnostic or even someone who loves you than it is to turn an agnostic into someone who likes you, because the agnostics will always be apathetic. My friend Jay Baer’s new book, Hug Your Haters, goes into that. If you use the concepts of judo and absorb the blow, and people see there is a real human being engaging with them, they start to turn around. They didn’t think anyone would listen to them and all they wanted to do was vent; they didn’t think you would take any action. They wanted to be heard. That’s all.

Whether they love you or hate you, showing people what happened as a result of their suggestion is incredibly powerful. One way you can use listening is by fine-tuning your product or campaign. On the other side, you can use listening to respond to people. To actually take the time to thank them for their input, to thank them for being a fan, to let them know you heard their complaint—it creates a loyal community of users.

You talk a lot with C-level execs such as CMOs and CIOs. What’s on their minds?

The CMO and CIO are working more together now than ever before. And in many ways the CMO has more responsibility for technology decisions than the CIO. The CIO is more of the strategic information lead, while the CMO is the practitioner who’s using the tools. Together one of the biggest things they care about is security: data breaches and keeping their data secure. When you are dealing with all this data and collecting information about your customers, you better treat it like gold at Fort Knox. More C-level executives than ever before are concerned about that and want to make sure they get ahead of it.

Another thing we see that they’re intensely interested in is digital transformation. More than being more social, they want to know how to take what you are learning from digital and social and spread it across the organization. They want to know how they take that listening and drive it to their engineering, legal or HR teams, instead of just their product marketing team.

So it is often a culture change?

It absolutely is a culture change! You can give people new tools, you can give them new functions, but change is driven by focusing on being customer-centric. People go about their jobs the same way they always have until you actually build it into their annual goals. I found that with Wal-Mart, where we are doing a digital ambassador program internally. We explored what incentives employees need to participate in this and to be more digitally savvy. Well, when the chief says it is five percent of what you’re responsible for each year, you put it on people’s radars.

What about leading by example?

That’s incredibly important. Often people will give the CEO, or the CMO to a certain extent, a pass when it comes to participating in this stuff. And I think that is a mistake. Not that I think every CEO needs to be on Twitter, for example, but they need to show some level of involvement and commitment to digital. One of the earliest CEOs who blogged was Bill Marriott, an 80-something-year-old CEO (he was 78 when he started). He was writing Bill’s Blog for Marriott. I am sure he dictated to someone who did it; he was not typing on his computer but he was eminently involved in it and wanted to have something to say, and people saw him as a figurehead. Now you could have someone who is really dynamic who would work well on video. You could have somebody who just does Snapchat with his employees. You could have a thought leadership position on LinkedIn, like Beth Comstock with GE, who is one of my favorite executives who leads by example (though she’s not CMO anymore) .

Many CMOs are talking about how to be mobile-first. What do you think of that?

Everything is mobile now; it is just the fact of the matter. Same with digital. I do not think digital should be separated anymore. That is they way the world is. Just accept it.

~ChristelV is reading The Full Monty