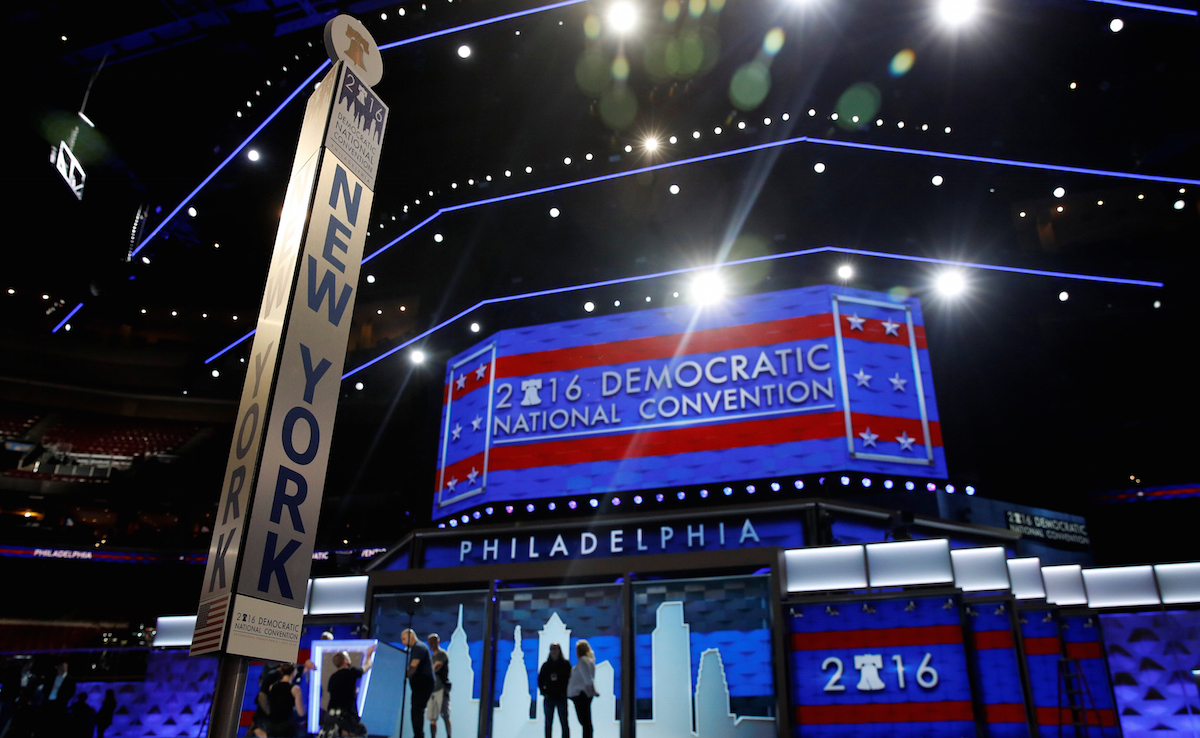 Workers prepare the stage ahead of the 2016 Democratic National Convention in Philadelphia, Pennsylvania, July 24, 2016. REUTERS/Jim Young

After a tumultuous four days in Cleveland for the Republican Party, members of the Democratic Party head to primetime this week for their convention in Philadelphia. Democratic elected officials, leaders and supporters are expected to nominate Hillary Clinton and Virginia Sen. Tim Kaine as their choice for president and vice president, respectively.

The week will likely be a well-choreographed event playing up Clinton’s experience and judgment. Clinton, a lawyer turned first lady turned senator turned presidential candidate turned secretary of state, chose Kaine, a lawyer turned city council member turned mayor turned governor turned senator—a move that emphasized what the Clinton camp sees as one of their candidate’s greatest assets: experience. The week’s speakers are similarly expected to tout their nominees’ attributes, make a case for the Democratic Party in 2016 and beyond and draw contrasts with the Republican presidential nominee Donald Trump.

First lady Michelle Obama and Sen. Bernie Sanders will address the crowd Monday night, followed by former President Bill Clinton on Tuesday and President Barack Obama and Vice President Joe Biden on Wednesday. Hillary Clinton will be introduced Thursday by her daughter Chelsea Clinton, when she formally accepts her party’s nomination. Each day will also feature other elected officials, celebrities and musical acts like Snoop Dogg, Lady Gaga, The Roots, Fergie and Nelly. 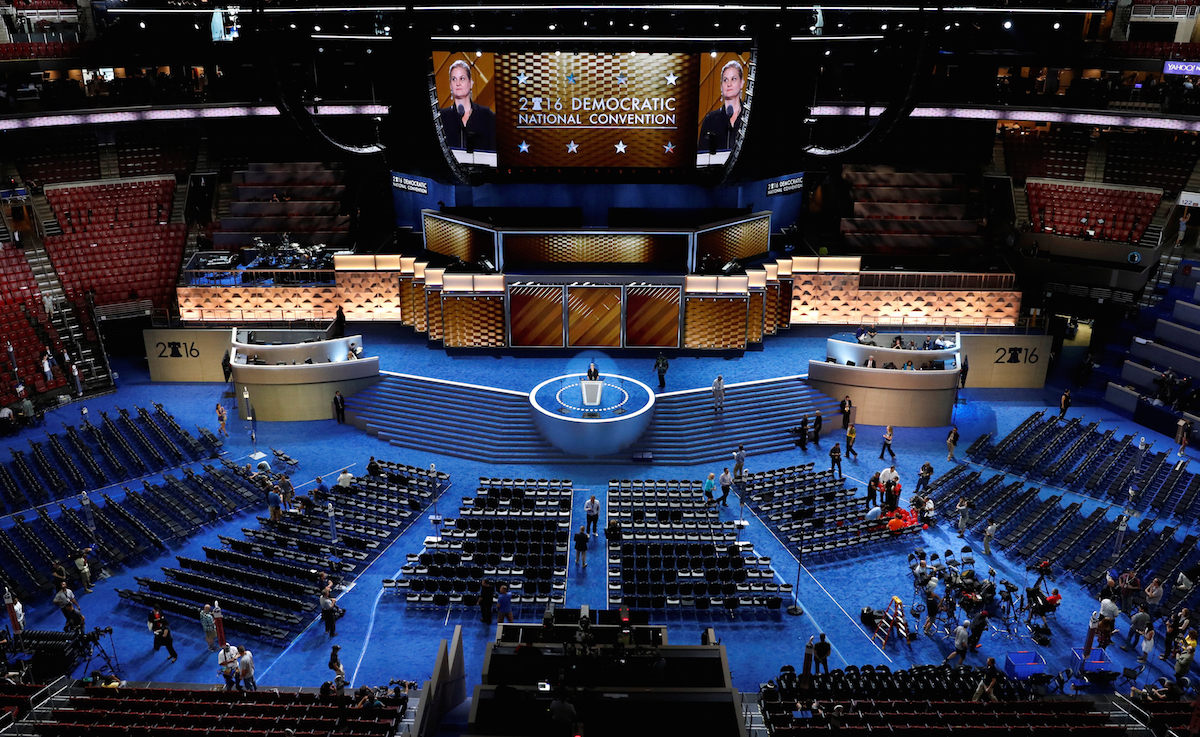 A general view of the stage and floor as preparations continue ahead of the 2016 Democratic National Convention in Philadelphia, Pennsylvania, July 24, 2016. REUTERS/Mark Kauzlarich

Follow the expected and unexpected moments of the party’s most high profile event with these 10 topics, and check out our Democratic News & Convention Latest Flipboard Magazine for up-to-the-minute convention and party news.

Hillary Clinton: Eight years after she first sought the White House, Clinton will finally take the stage as her party’s nominee. Read about her road thus far and see what she says Thursday night.

Tim Kaine: Kaine is one of just 20 people in U.S. history to have served as a mayor, governor and senator. Despite these accomplishments, he is not well known outside of the swing state he represents. Learn more about this 58-year-old father of three.

Bill Clinton: If Hillary Clinton wins the White House, the U.S. will have its first first gentlman in Bill Clinton. The former president is known to make headlines on his own and on behalf of his wife. Track his latest statements here.

Barack Obama: The incumbent president is enjoying relatively high approval ratings in the final months of his second term. This, coupled with his closeness to Hillary Clinton, will ensure he’s brought up often during the coming week. See what other speakers are saying about him and how he conveys his hopes for the future during his address Wednesday.

Democratic Party: While most of the attention will be turned on Clinton this week, the party convention also serves as an important period for the platform and candidates running across the country. This convention begins amid controversy after WikiLeaks released emails from within the DNC that appear to show their favorability toward Clinton during the primary season, with the ire pointed toward DNC Chairwoman Debbie Wasserman Schultz. See how the awkwardness plays out.

Bernie Sanders: Sanders and Clinton engaged in a rough primary battle over the last year, which ended in Sanders’ endorsement of Clinton. The Vermont senator, who greatly impacted the Democratic Party platform, has emerged as perhaps the strongest voice for the left wing of the party. Follow this topic to track his next moves.

Donald Trump: Clinton often takes on her Republican opponent over his policies, statements and behavior. Watch how he comes up in Philadelphia and how he responds to the expected critiques.

Philadelphia: Convention host cities are under the national microscope as they handle an influx of visitors. Cleveland received high marks for the peacefulness of the RNC. Hopefully the scenes play out with similar control in The City of Brotherly Love.

Chelsea Clinton: Trump’s children received much of the attention during the RNC, especially his daughter Ivanka Trump, who introduced her father on Thursday night. Chelsea, who is friends with Ivanka, will be in a similar role this week when she introduces her mother. Read more about the now-mother of two who has been in the public eye most of her life.

Equality: As the first female presidential candidate of a major U.S. party, equality is a pillar of Clinton’s candidacy. She often speaks out in support of economic equality and gender equality in particular, comparing her stances to those of Trump. Follow how and when these issues are addressed during the week.

Check out 2016 Election Central for more on the upcoming election, including the local races, ads running across the country and biggest issues at play.