We at Flipboard are on a mission to inform and inspire the world. In light of that, we read a lot. In this ongoing series, we share the best things we’ve read recently—whether it made us smarter, challenged our perspective or just made us laugh when we really needed it—and explain why we believe each story is worth your time. This week we hear from Kate Ward, Editor-in-Chief of Bustle Digital Group, comprised of Bustle, Romper, Elite Daily, and The Zoe Report. 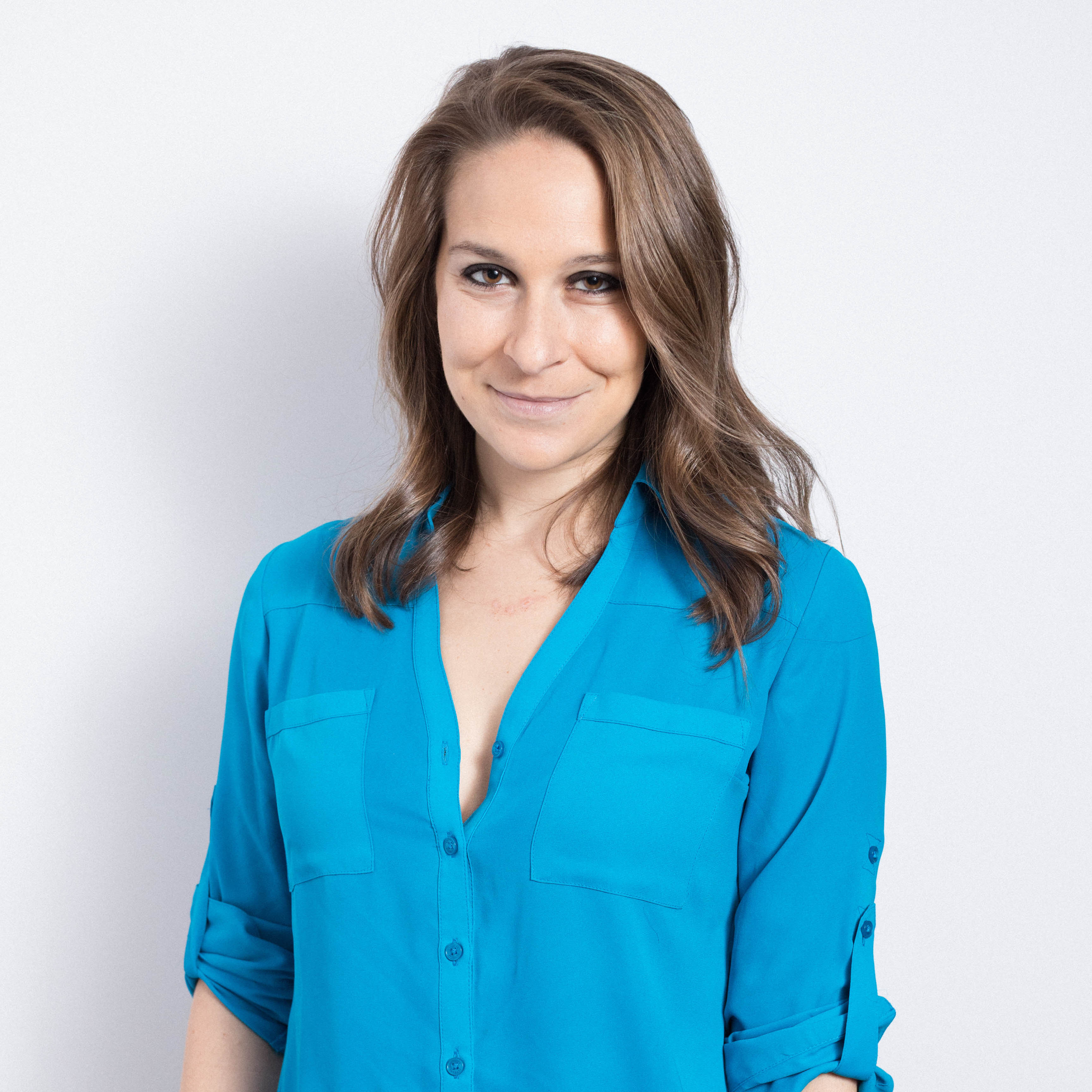 As a child, I imagined I would grow up to be an actress, an artist, or Christina Aguilera. Instead, I eventually chose to attend Northwestern University in the mid-2000s to become a magazine journalist. Though I ended up traveling down a far more conventional path than my childhood imagination did, I stayed true to my artistic ambitions through storytelling. I was attracted to glossy covers on the newsstand that promised to fulfill audiences with 2,000+ word explorations of a life or existence so much different than my own.

Today, it’s thrilling to see those stories not only continue to be told on the page, but also online, a plane that many previously believed would be occupied only by cat fails and eBaum’s World videos (I’d be happy with that too). As the Editor-in-Chief of Bustle Digital Group and a member of digital media who lives and breathes online, it’s thrilling to be able to read all of these stories in a way that’s so much more accessible than a trip to Barnes & Noble. Though it’s difficult to boil a week’s worth of journalistic accomplishments across the web in just a few bullets, here are five(-plus) articles published this week that make me thrilled to be a member of the media community — even if that means all my “Genie in a Bottle” choreography has gone to waste.

I’ll admit, I’m cheating a little bit here: This doesn’t quite qualify as an article. But I can’t resist showcasing Trying, the latest digital issue from Bustle Digital Group’s site for millennial moms, Romper. Though millennials are often stereotyped as twenty-somethings with limited ambition,  who live with their parents and on their phone, there are millions looking to the future, trying to conceive and start a family of their own. Trying being the key word here — thanks to misinformation, and health struggles like endometriosis and polycystic ovarian syndrome, the journey to motherhood hasn’t been easy for so many women.

Which is where Trying comes in. Our digital issue is not only rich with storytelling — including a package featuring “The Try-ers,” five women whose fertility journey Romper will be following throughout the year, and “Misconceptions,” a partnership with Radiolab unpacking the expectations vs. reality of trying for a baby — but also rich with information. This inclusive package gives you the information you need to get pregnant, whether you’re a single parent, plagued with health setbacks, or just need a source for 411 that doesn’t diminish your struggle. I couldn’t be more proud to stand behind such a cohesive and thoughtful package that allows women to recognize the strength in trying together.

There is no shortage of excellent writing and reporting surrounding the separation of families at the border, a crisis that’s been looming over the hearts and minds of anyone with a heart and a mind the past week. No doubt, you have listened to (or attempted to listen to) ProPublica’s audio from inside a customs center, where children are dealing with trauma no toddler should ever have to endure or understand, and have seen fantastic op-eds surrounding the topic, like Alexandra Petri’s all-too-relatable Washington Post piece, “How to Sleep At Night When Families Are Being Separated At The Border” (Jonathan Blitzer’s account of one woman’s separation from her son in The New Yorker is also more than worth reading and sharing).

But some of the most insightful coverage I’ve seen comes from Texas Monthly—particularly an interview between journalist Vine and Executive Director of Houston’s Tahirih Justice Center Anne Chandler, which paints a horrific picture inside detention facilities. It’s easy to get distracted by screaming pundits on cable news arguing over the semantics of what a “cage” is, but Vine’s piece helps bring you back to (a distressing) earth, helping readers understand the struggles of families attempting to navigate a literally un-navigable situation. It’s a dense read, but necessary to read every word. Because, once you finish, you’ll realize the need to do something — which is why I’ll direct you to another story from another local source, Texas Tribune’s list of organizations helping families affected at the border.

HOW DO YOU EXPLAIN ZAYN? // GQ, CARRIE BATTAN

I’m a sucker for a star profile — and even more a sucker for a pop star profile. So I devoured GQ contributor Battan’s piece on enigmatic singer and social media icon Zayn Malik. The piece is a fascinating portrait of a man — introduced to the world as the soft-spoken boy of the boy band One Direction — becoming more famous, thanks to his desire to not really be famous. Unlike most celebrities whose faces have graced GQ (see: Tom Hiddleston in this excellent 2017 profile), Zayn, known now by one name, is not eager to please. Instead, as Battan’s piece proves, Zayn’s legend status has been cemented thanks to a mix of legitimate artistry and a legitimate desire to buck tradition, making him the coolest celebrity with one degree of separation to the Real Housewives of Beverly Hills. (He’s tight with his on-again, off-again girlfriend’s mom, Yolanda Hadid: “We get on … She’s a Capricorn.”)

As someone who used to regularly interview celebrities as an entertainment journalist, I did get second-hand anxiety reading the Battan’s piece. (I can’t begin to imagine how many awkward silences she endured chatting with the less-than-talkative Zayn — and how horrible I would have been filling them.) But it’s not often you read about a current celebrity who is actually, to use Zayn’s favorite word, cool. It’s why everyone simply can’t resist looking in his direction.

Though, in the past year, we’ve seen various industries — Hollywood, media, politics, to name a few — have to confront their wrongs as a result of the #MeToo movement, there are others that are still coping with rampant misogyny that is often not only accepted, but celebrated. See, in particular, the literary community, which Carmen Maria Machado has called out in recent years for supporting sexism, particularly with its praise for critically acclaimed writer Junot Díaz.

In Shapiro’s interview with Machado, the author discusses a much-talked about Q&A at the University of Iowa in 2013, during which she confronted Díaz about his This Is How You Lose Her main character’s treatment of women. What followed was a discussion during which Díaz patronizingly disagrees with Machado’s take, a response that Machado condemned earlier this year, igniting a debate about whether Díaz’s response was actually sexist. In Shapiro’s piece, Machado backs her opinion by very wisely noting that misogyny is “really boring in its presentation, and it barely makes a sound, but it does so much. It’s so sinister in that way.” It’s a discussion that needs to be had in the #MeToo era, during which subtle sexism is still disregarded.

“A RUNNING DIARY OF ‘GOTTI,’ BECAUSE COULD IT REALLY BE THAT BAD?” // UPROXX, MIKE RYAN

To answer the headline’s question in a word: Yes. During a week that was filled with so much distressing news, allow yourself a five-minute brain break and read Ryan’s easily digestible play-by-play of Gotti, the new John Travolta film that has received a zero — yes, a zero — on Rotten Tomatoes. As a bad movie aficionado, there’s nothing that fills me with quite as much glee as an earnest film gone terribly, terribly wrong, and, after reading Ryan’s account, Gotti certainly deserves a place in the hall of fame occupied by the likes of Ed Wood.

Though not as seemingly bananas as its bad movie brethren, Gotti certainly has potential at least for a How Did This Get Made? treatment, based on Ryan’s hilarious stream-of-consciousness observations while attending an afternoon screening of the film. There are time jumps (lots of time jumps), a curious thesis, and did I mention it was directed by E from Entourage? Should you see Gotti? You Gott-a be kidding me. (Sorry.) But you should at least read Ryan’s Cliff’s Notes.