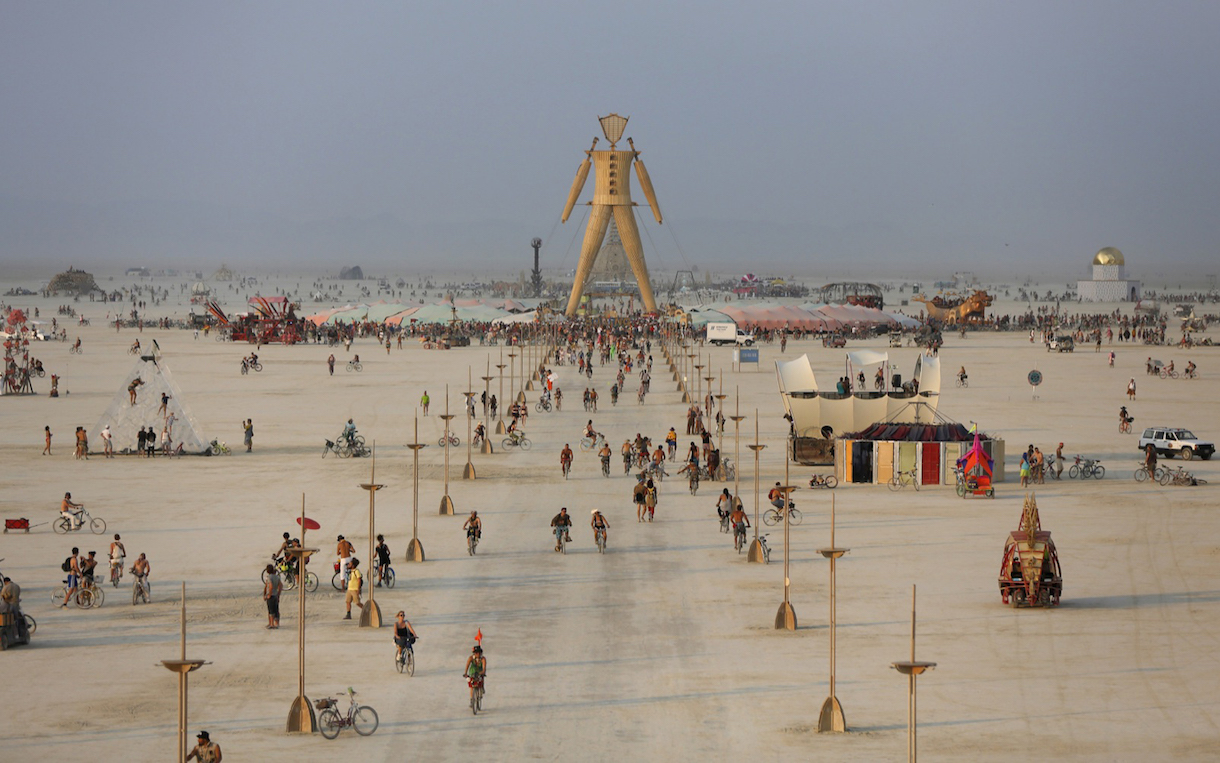 A view of the Playa and the Man during Burning Man 2014. REUTERS/Jim Urquhart

Only a few days left until the gates open for Burning Man, a week-long, free-spirited event in the Nevada desert. This year, 70,000 people are expected to frolick on the playa, a harsh white plain where participants endure heat and dust storms for the sake of community, camaraderie, hedonism, art, music and more. Word is that the bugs are gone, but it’s sure to be a crazy adventure nonetheless. These topics touch on some of the event’s key themes and attributes.

Burning Man: This rollup of all the news coming out of the event is also a good place to learn about related magazines on Flipboard.

Art: Sure, there’s lots of music on the playa, but art is the centerpiece of the experience. You’ll almost never see such creative works on this large of a scale.

Psychedelia: Burning Man is just plain trippy. This topic taps into a similar spirit of weirdness and otherworldliness.

Environmentalism: One of the main tenets of Burning Man is “leave no trace,” and there is a deep concern for the environment among most participants.

Finally, check out Burning Man’s Flipboard Magazine, The Voices of Burning Man, which aggregates the organization’s blog posts, YouTube videos and Instagram shots in one place.