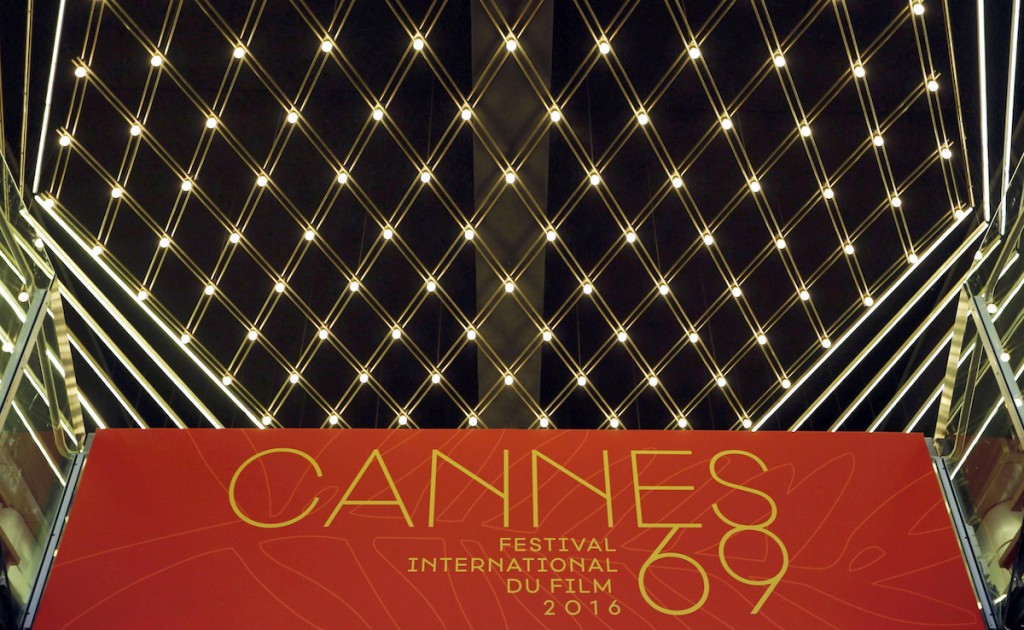 An official poster is pictured at the entrance of the Festival Palace before the start the 69th Cannes Film Festival in Cannes, France, May 9, 2016. REUTERS/Regis Duvignau

Actors, directors and industry insiders descend on Cannes, France this week for the start of the most glamorous of film festivals. The twelve day event is a must-watch for film junkies and red carpet observers and will feature 21 movies vying for the top film prize, “Palme d’Or,” or the Golden Palm.

Some of the most buzzed about films this year feature major A-list celebrities. Woody Allen‘s Café Society, starring Blake Lively, Kristen Stewart, Steve Carell and Jesse Eisenberg, will begin this year’s festival. Julia Roberts is making her first appearance at the event with Money Monster, also starring George Clooney and directed by Jodie Foster. Justin Timberlake and Anna Kendrick‘s animated Trolls and Russell Crowe and Ryan Gosling‘s The Nice Guys will also be screened during the first weekend.

Besides Allen and Foster, Steven Spielberg, Sean Penn, Xavier Dolan, Jeff Nichols, Ken Loach and Nicolas Winding Refn are among the other high-profile directors expected to show this year.

The festival will honor Prince, who passed away last month, and actor Robert De Niro.

Read more about this year’s featured films and see all of the red carpet looks with these Flipboard topics.

1. Cannes Film Festival: This topic has the news, looks and unexpected events covered in one place.

2. Movies: Learn more about the films that make the biggest waves.

3. Celebrity Style: See what all of the celebrities and movie stars wear to one of fashion’s biggest events.

4. Julia Roberts: The Oscar winner will make her Cannes debut this week. Track her arrival and learn more about her role in the much-anticipated Money Monster.

5. Woody Allen: The Cannes regular returns to the French Riviera. How will his latest film be received?