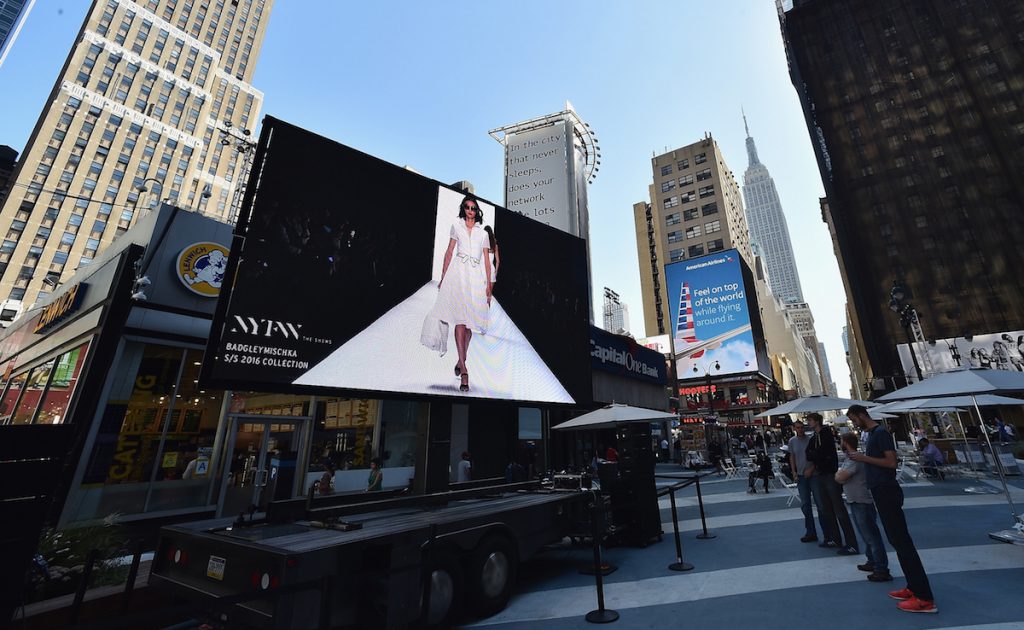 A view of the atmosphere as seen around Spring 2016 New York Fashion Week in New York City. Busacca/Getty Images

Glamour, fashion, models and celebrities descend on New York (even more than normal) over the next nine days for New York Fashion Week. The sprint draws nearly $900 million to the area, more than the New York City Marathon and the U.S. Open, according to a new report.

Hundreds of shows and presentations are expected to take place in the city, with the accompanying parties, sightings and behind-the-scenes information that make NYFW one of fashion’s biggest events.

The 2016 season kicks off with a new collection from Kanye West’s Yeezy line, which made headlines last winter with its debut at Madison Square Garden and this year has already drawn controversy with the line’s casting call for “multiracial women only.” Tom Ford is also expected to show his fall collection, instead of his spring 2017 line.

Showing clothes that are “see-now, buy-now” is already a trend this season. Many brands are expected to debut their fall lines, and others like Tommy Hilfiger and Rebecca Minkoff, are looking to utilize social media in new ways as part of their presentations.

There are also a number of designers showing at NYFW for the first time, including Kenzo, Talitha and the Misha Collection. Follow our New York Fashion Week Flipboard Magazine for your updates each day, and keep an eye out for special editor-picked stories from WhoWhatWear and StyleWatch as part of our coverage. 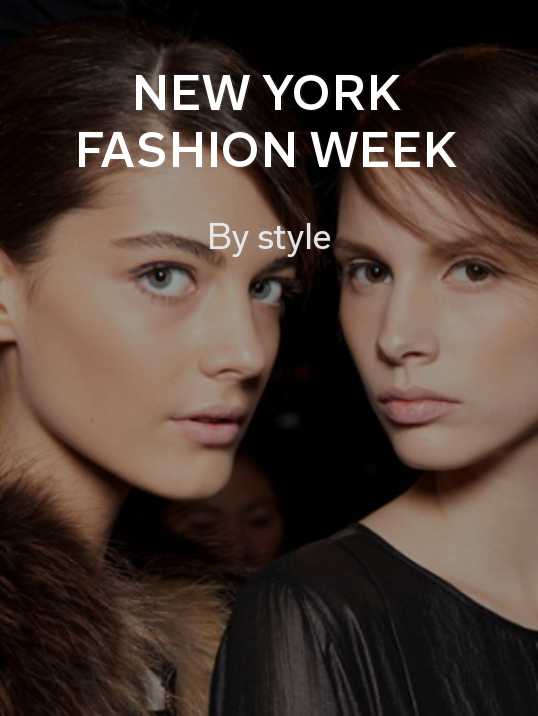 You can also dive deeper with these five topics as the events get underway.

Fall Fashion: With many designers showing fall’s best, track the must-have items to spot as the leaves changes.

Models: They make news on and off the runway. Track the biggest stories from the biggest names to hit the catwalk.

Kanye West: Musician and designer Kanye is known for his creativity and headline grabbing abilities. See how he does both at NYFW.

New York City: NYC serves as the backdrop for every event over the next nine days. See how the city handles the influx and what else is impacting America’s biggest city.

Fashion Week: Events take place around the world throughout the year in celebration of style. Follow this topic as the shows travel to London, Milan and Paris next.

~GabyS is getting ready to wear sweaters and boots