5 Topics for the Vice Presidential Debate 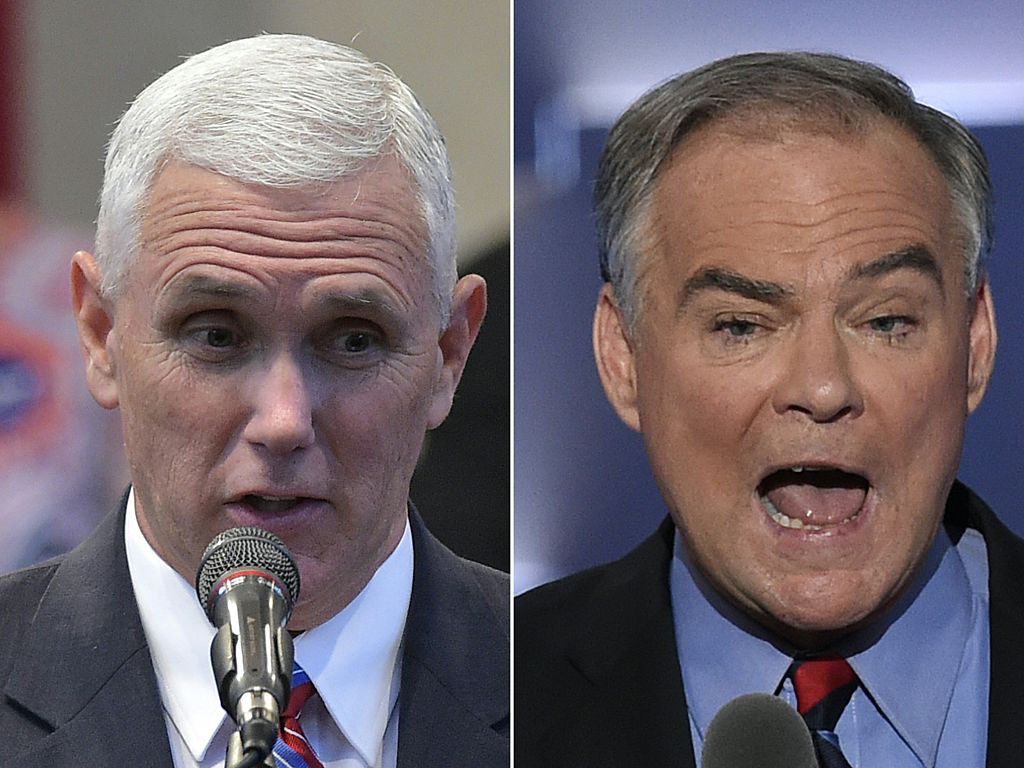 The vice presidential candidates will meet for their first and only scheduled debate of the 2016 election tonight. Tim Kaine, the Democratic Virginia senator, and Mike Pence, the Republican Indiana governor, are expected to make the case for the candidates at the top of their respective tickets and prove they would be fit to serve as president.

Kaine will attempt to build on Hillary Clinton’s largely applauded first debate performance and keep the attention on Donald Trump. Pence will attempt to boost the Republican ticket and draw attention to Clinton’s perceived weak points. The two men have been preparing for the prime time event with briefings, videos and mock debates. Wisconsin Gov. Scott Walker is standing in as Kaine during Pence’s prep, while Washington lawyer Robert B. Barnett is in the role for Kaine.

Both men spent considerable time serving their states in Washington, D.C. and are well versed in political debate. Elaine Quijano of CBS News will lead them through nine 10-minute segments. Get ready for the event with the Flipboard Newsdesk curated 2016 Presidential Debates magazine and these topics.

Mike Pence: Longtime politician Pence spent twelve years serving Indiana’s 2nd and 6th districts in the House before being elected as the Hoosier State’s 50th governor. See how he fares in Tuesday’s face off.

Taxes: Taxes are a big topic on the campaign trail, following a New York Times report that a tax deduction likely ensured Trump avoided paying any federal income taxes for up to 18 years. Follow how the issue plays out on the stage.

Hillary Clinton: Clinton’s poll numbers have climbed following her first debate performance last week. Will she fare as well with Kaine as her defender?

Donald Trump: The criticism of Trump has only increased following the first debate, his attacks on former Miss Universe Alicia Machado and the report about his taxes. See if Pence is able to help the ticket with his performance.

~GabyS is following the Congressional and Gubernatorial races across the country