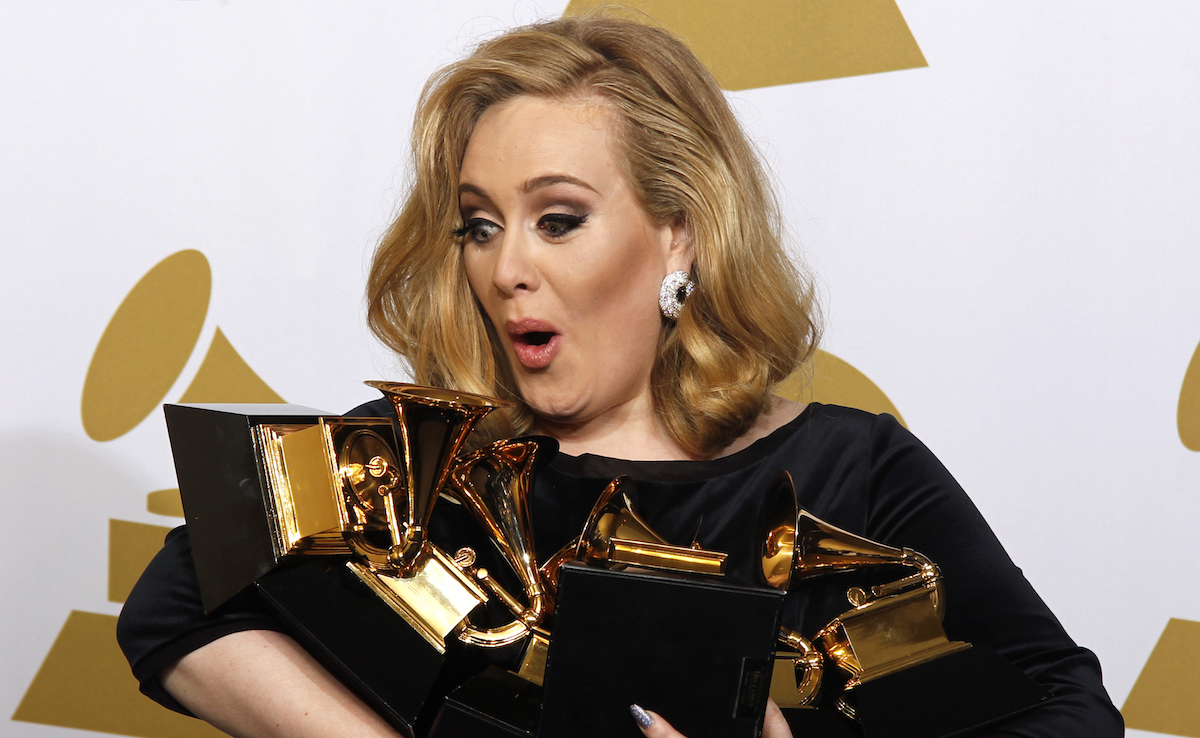 The music industry’s most glossy awards show airs Sunday night from the Staples Center in L.A. This year’s nominees include everyone from stalwarts like Barbra Streisand to upstarts like Maren Morris, but the real showdown is going to be Adele v Beyoncé. (Ding! ding!) The two powerhouses are nominated in the three biggest categories—song, record, and album of the year—for their beloved albums, 25, and Lemonade, respectively.

Best new artist is another category watched with high interest. Vanity Fair’s headline pretty much captures the feeling: “Praying for the Best, Preparing for the Chainsmokers.” The electronic darlings had one of the most popular songs of 2016 but breakout stars like Chance the Rapper and Anderson.Paak are the critics’ darlings.

James Corden hosts and performers include stadium-level acts and supercharged collaborations, such as Katy Perry, Beyoncé, Adele, The Weeknd and Daft Punk (their first performance in three years), Lady Gaga and Metallica, Sturgill Simpson, Bruno Mars (with Prince’s side project, The Time), and many more.

The Grammy Awards: The Flipboard Newsdesk will have the show on one screen and Flipboard on another as editors collect the best stories about music’s big night.

James Corden: Producers have said there’ll be no Carpool Karaoke from Grammy’s 2017 host, so what will there be? This topic will reveal what the comedian is up to both in L.A. this weekend and in the world at large.

Beyoncé: Why did Americans fall in love with Lemonade? What is the case against that album? This topic debates it all, along with a steady stream of news about Queen Bey’s business, fashion, and personal life.

Adele: All eyes will be on Adele—not only to see if she crushes Bey in the major categories, but also to see if her performance this year will be better than her offkey showing in 2016.

~Mia is reading the Chance the Rapper topic