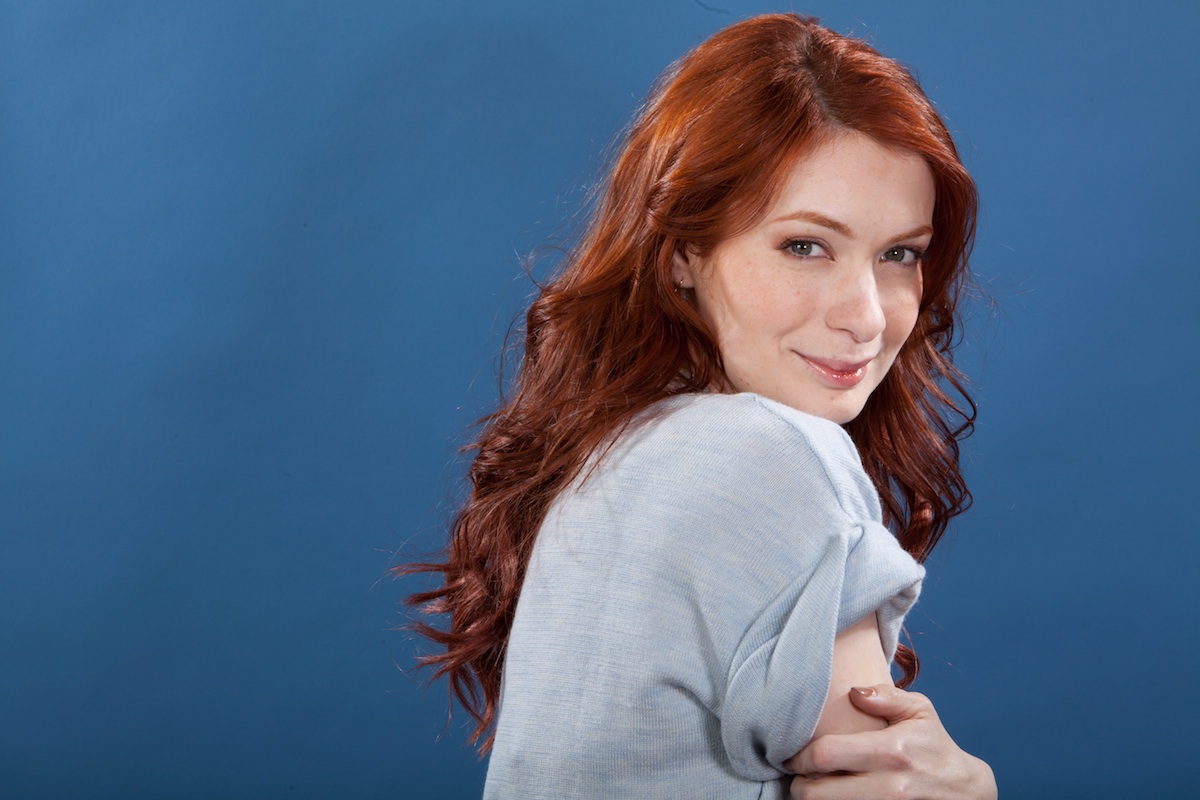 More than 125,000 people will flock to San Diego this weekend to attend Comic-Con, one of the world’s largest and most anticipated pop culture expos. And while the booths and panels will teem with artists and celebrities from sci-fi and comics to TV and film, the undisputed queen of recent Comic-Cons is Felicia Day.

Between her roles in Buffy the Vampire Slayer, Dr. Horrible’s Sing-Along Blog and her widely subscribed-to YouTube channel, Geek & Sundry, Day has taken her place among Comic-Con’s coveted royalty.

She made a name for herself after becoming an early pioneer of the online web format in 2007, when she produced, wrote and starred in The Guild, a series that satirizes the life and times of online gaming. An avid gamer, she’s since lent her voice to various video games like Fallout: New Vegas and had a fictional character she created develop into a playable character for Dragon Age.

We spoke with Day, who is at this year’s Comic-Con, about Internet fame, loneliness and general geekdom.

What it’s like being Internet famous?
It is a blessing to have people like what I do, and I’m glad I’m not recognized everywhere, just by people who enjoy my content. Also, I’ll never get a big ego because at least one negative comment is always one click away.

How did you become a geek?
I was home schooled, so I didn’t really feel like there was a culture I was a part of when I was a kid. I just happened to be raised in a little bit more of vacuum than most kids and I gravitated without any inhibition to the things I loved, which were all sorts of escapist, fantasy sci-fi and video game things.

Why do you think it has become more acceptable, if not popular, to be a â€œgeekâ€?
I think that acceptance is simply correlating with the emergence of the Internet as a way we’re communicating and using tech to literally run our lives. The early adopters in that space were the most geeky and nerdy people and they always were sort of in control of the Internet. Now that it’s the cutting edge of people connecting, it’s become the tipping point of that culture going mainstream.

Is it a positive or negative that geek culture is becoming more mainstream?
Both. We’ve definitely gotten to a point where independent creators can have a little bit more power in reaching an audience, where the audience can share that experience and lead to more people supporting those artists. It’s a win-win. The only thing I can see as a downside is that in order to capitalize on it, some people tend to two-dimensionalize what it really means to be a geek in the most sort of broad-brush stroke way that doesn’t feel authentic. That’s just inevitable when money enters the equation.

Do you feel that women are stigmatized or have to prove themselves in what has been traditionally a male-dominated geek culture?
If you’re looking to other people to try to prove yourself to them, I think maybe you’re putting your energy in the wrong place. I’ve always tried to be my authentic self and express views that don’t change with the wind of popularity. It just so happens now [five years after The Guild], it tends to be a well-known equation.

I think at this point, it’s just kind of a given that women have a strong voice in the culture, but they don’t tend to identify themselves as â€˜women geeks’ but â€˜geeks.’ I think that’s really healthy, that’s what we should all be like when representing ourselves in order to change our views of certain stereotypes.

The only thing I do see is a generation of guy gamers that look at women in a more critical way. I think it’s a growing pain of the maturation of gaming culture and a lot of girls being more vocal in that area.

I guess controversy is good. It can change minds.

What made you jump from traditional television acting roles to creating your own content on the web?
It was a creative experiment, like learning how to paint. It wasn’t until we uploaded the first episode that we saw how fans actually reacted to it, that they wanted more. That kind of fulfillment, encouragement and the idea that you could get together and make things that touch people’s lives—I felt more heavily invested in it than I ever felt in my life about anything else.

How has it been different from traditional acting?
Whenever you upload anything to the Internet, be it a blog post, piece of art or video, part of the thrill is that it’s a little bit of a gamble. It’s the grand democracy of the Internet where you can put as much work as anybody ever puts into something and if the audience doesn’t respond, you can see that. You can have a cat video beat anything you’ve done, and there’s something awesome about that—I don’t think it’s a bad thing. Being able to see instant feedback—it could be brutal and exhilarating. That’s kind of why I love doing what I do.

Your YouTube channel has a series of shows that focus on community building. Why?
Television does passive entertainment the best; we could never compete with its budget, so when we were coming up with the show slate I wanted to make sure each show could have an impact on people’s social lives—whether it’s a new tabletop game they pick up because of our show â€œTabletop,â€ or a book that they decided to read along with thousands of people each month on â€œSword and Laser.â€

You satirize the loneliness and social awkwardness often stereotyped with online video games. What’s your take on how loneliness corresponds to our increasingly digital life?
I think lonely people will be drawn to lonely activities, of which gaming can be one, but inherently I think Internet culture makes it easier to connect. No one is judging your appearance; you can find anyone who shares your interests, no matter how obscure. If I were an isolated teen today I’d find it way easier to find the support group I need to guide me towards my identity.

Check out what Felicia likes to read and watch:

Apartment Therapy: A site full of designs and creative ideas for your home.

SourceFed: Breaking down everything, from the things that should and shouldn’t matter to you.

VSauce: Interesting facts from around the Internet.

You should also check out her channel, Geek & Sundry (note: strong language)

Apartment Therapy: A site full of designs and creative ideas for your home.

SourceFed: Breaking down everything, from the things that should and shouldn’t matter to you.

VSauce: Interesting facts from around the Internet.

You should also check out her channel, Geek & Sundry (note: strong language)

And if you couldn’t make this year’s Comic-Con 2012, don’t worry, you can also check our curated section by tapping the badge below:

And if you couldn’t make this year’s Comic-Con 2012, don’t worry, you can also check our curated section.
Click here to get Comic-Con on Flipboard.