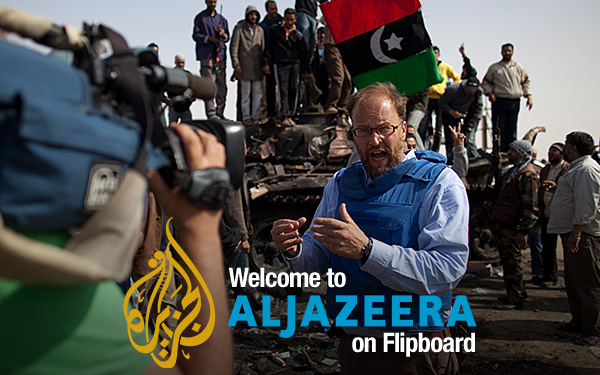 Al Jazeera first gained fame for its live coverage of the war in Afghanistan. Since then, it’s become known for giving a voice to under-reported regions and perspectives. With 70 bureaus around the world and a staff representing more than 60 countries, Al Jazeera’s newsroom is one of the most diverse on the planet. The same is true for its English-language network, Al Jazeera English, which launches on Flipboard today.

Indeed, the world spins quickly with every flip of this section, as articles take on global (world financial crisis) as well as a local (dengue fever in Pakistan’s Punjab region) issues. Coverage from the Middle East and Africa is especially rich and varied — there’s the latest on the Libyan revolution, an article about falling child mortality rates in sub-Saharan Africa, and an exploration of Saudi women’s fight for basic rights. Many stories contain video from Al Jazeera’s much-watched YouTube channel. 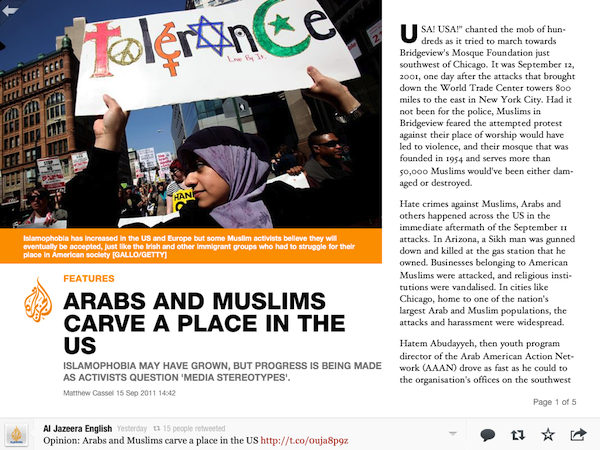