Behind the Story: Inc. Journalist Gets His Facebook Profile Stolen 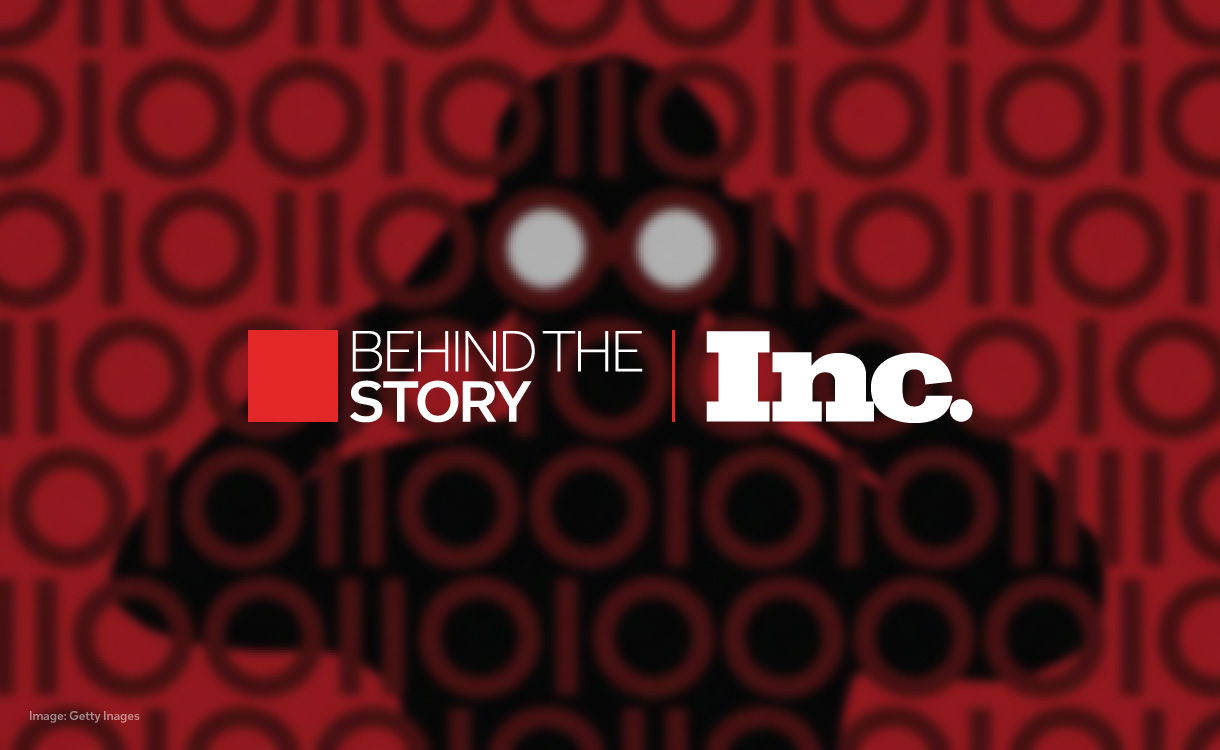 Story/Series: What I Learned When a Hacker Stole My Identity and Took Over My Facebook Account
Outlet: Inc.
Reporter: Jeff Bercovici (@jeffbercovici)

When Inc. reporter Jeff Bercovici got his Facebook profile stolen, he assumed that getting it back would be pretty simple. His picture, location and even name had changed—surely those major life changes would cause the social media giant to take notice.

They didn’t. As Bercovici learned, it was shockingly simple for a Turkish hacker to assume his profile and essentially “erase” everything about him on the world’s largest social media network.

Bercovici then spent the next few days contacting everyone he could—publicists, personal contacts, even the hacker himself—attempting to restore his account. In his piece for Inc., the journalist documented his difficulties recovering his identity, wondering how much harder it would’ve been for an unverified citizen to do the same:

You’d touched on this in the story, but what was your relationship with Facebook as a user? Were you on frequently? Do you consider it a valuable tool as a journalist?
I’ve never quantified my Facebook addiction but I’m probably a moderate to medium-heavy user. I spend much of my day at a computer and either have it open in a tab or check it at least once an hour, usually more out of reflex than because I’m actually thinking about it.

Probably once or twice a week I post weird little jokes or rants. I don’t know if you saw that New York Times story last week about “microcomplaints,” but I do a lot of those—bitching about an annoying parent on my flight or something in the news, etc. Having an audience for those kinds of gripes is definitely addictive.

As a journalist, I don’t find it an especially valuable tool, no. I do catch some news on there from time to time that’s important for me to know about, and it’s a good way for me to find sources and for them to find me, but nothing I couldn’t replace. I share most of my stories on Facebook, but it’s pretty rare one of them will go viral there because I shared it.

Your Facebook account was verified, which was the reason your hacker targeted you. What was he hoping to achieve with a blue checkmark? Did you believe him?
I have no idea what he was hoping to achieve, honestly. His website lists him as a “social media expert” so I guess being verified would bolster his credentials? I believed him, but only because he was so weirdly blatant about the whole thing. I can’t imagine he was up to anything more nefarious. And the way he acted when he got busted was more like someone who was trying to pull a harmless prank on a friend than someone caught committing a crime.

Clearly, it’s unnerving and intrusive to have someone hack you anywhere, but was there ever a point where you thought, “Ah, it’s just Facebook.” Or did you feel like you lost something significant?
It’s hard to say whether I felt like it was a significant loss because I really didn’t believe my stuff was permanently lost. I didn’t think Facebook would let that happen. It’s a little cynical, but I assumed a tech journalist would get the VIP treatment and a lot of smart people would have to spend a few hours figuring out how to salvage some dude’s photo albums and dumb airplane rants. Which is presumably exactly what happened.

To the extent I thought there was a chance my stuff would really be lost, I had mixed feelings about it. I’ve written some Facebook posts that I’m proud of, and a lot of other ones that make me chuckle, and had a lot of funny or nice interactions on those posts, and I have a lot of photos collected on there that I probably only have copies of on phones I haven’t used in years or on ancient email threads I wouldn’t know how to find. I was bummed about the idea of losing those artifacts. I felt a little the way I imagine someone feels after losing all their old photos and mementoes in a house fire.

But I also resent the amount of time I spend on Facebook and constantly chide myself for letting it be such a time-suck. I’m troubled by the addictiveness of social media apps and how effective they are at reverse-engineering our brains and behavior. That 40 minutes a day most of us put into Facebook would be much better spent exercising, reading a book, cooking, even watching TV. So there was definitely a part of me that felt, “Phew, I’m free!”

Do you have any tips for people to avoid what happened to you?
The big tips are definitely to enable 2-factor authentication on any account that allows it—Facebook, Twitter and LinkedIn all do. And review your account info and privacy settings periodically. Making sure you don’t have old email addresses or other out-of-date info in your profile is important.

Has this changed your relationship with social media? Are you more cautious with what you post?
I’d like to say it has, and that I’ll be more careful not to post anything on Facebook that I’m not prepared to lose, but how does that work? I’m a writer. If I write something, I want to publish it in a place people will see it. If that’s not Facebook, it’s Twitter, Medium, Tumblr, wherever. All of those sites are hackable.

I guess I should start backing up the posts, photos and interactions on Facebook that I’d like to revisit later, but having to be so deliberate and careful about it diminishes the utility of it as a service for me. I’m as active as I am on Facebook precisely because it’s a good venue for stuff that’s casual and tossed-off. So I’ll probably keep using it for that sort of thing, and if another hacker comes along some day and wipes it out, c’est la vie. More where that came from.