Behind the Story: Inside ISIS’s Marketing Department 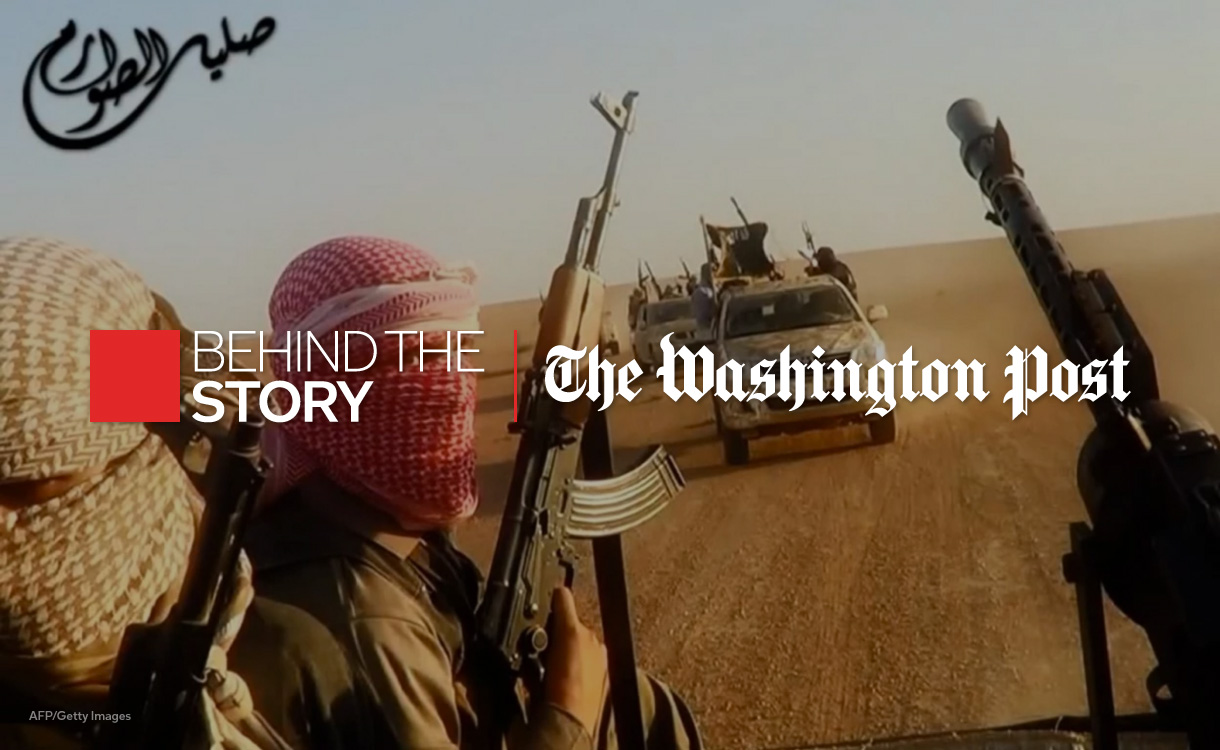 Do terrorists have marketable brands? ISIS does, and it’s dangerously effective. After The Washington Post learned the group was orchestrating a savvy and sustained media campaign rivaling those of most marketing departments, their next step was finding the people responsible.

They didn’t just locate one individual. Instead, Washington Post reporters Greg Miller and Souad Mekhennet met with an entire team employed by ISIS, responsible for filming, editing and distributing video and other forms of communications. Well produced and full of pathos, the videos in particular have inspired young, would-be jihadists all over the world, while terrifying and angering the West.

Miller and Mekhennet spoke with members of the propaganda team who, after fleeing ISIS, were jailed upon returning to their home countries. We had an in-depth chat with Miller, also the Post’s National Security Correspondent, about how ISIS successfully spreads their message of religious violence using 21st century media.

ISIS is the first major terrorist organization to grasp not just media, but social media. Was this immediately part of their strategy?
Absolutely. Even before the Islamic State declared itself a caliphate, the organization had a major presence on social media sites including Twitter and Facebook. This was by design. ISIS wants to expand not only its territory but its influence. Social media helps accomplish that, carrying the group’s message to the largest possible audience.

Their videos are elaborately produced and choreographed, sometimes taking hours to shoot. Why is this attention to detail so important to ISIS?
The attention to detail reflects not only the priority that ISIS places on propaganda, but the extent to which it has upended al-Qaeda propaganda playbook. The older terror network was known for long-winded videotaped lectures from Osama bin Laden. ISIS uses its videos to project images of power and permanence—all designed for an audience of young males who grew up with smart phones, social media and special effects movies.

Has there been any measurable effect to these videos? Does ISIS track or monitor their propaganda output?
The Islamic State’s propaganda is so vast that it’s all but inconceivable that the organization approves the thousands of messages that go out every week and month, let alone tracks their impact in some sort of Nielsen ratings sort of way.

But I’m sure the organization sees propaganda as a major reason that it has drawn tens of thousands of fighters from more than 100 countries. I think the impact can also be measured in other ways. The United States and the West didn’t launch its intense bombing campaign in Syria until after ISIS released videos showing the beheadings of Americans.

What do you think is most misunderstood about ISIS? Or what should we know that we don’t?
I think people see the medieval tactics that ISIS employs and see it as an archaic organization. In some ways it is. But in others—including in its use of social media—it is a thoroughly modern phenomenon.

What are authorities doing to fight propaganda and reclaim the narrative? And what are social media companies like Facebook and Twitter doing?
The U.S. government has spent millions of dollars trying to counter the Islamic State’s message, with little success. The government has had more success leaning on Twitter and Facebook to shut down Islamic State-related accounts. The group is barely visible on Facebook, though it still manages to get around many of the blocks erected by Twitter.

According to the former militants you spoke with, what exactly is ISIS’s “brand”?
Its brand is really bifurcated. On the one hand, it portrays itself as a merciless force for Islam, a society of savagery for those who fail to embrace or adhere to its strict interpretation of that religion. But it spends an equal amount of energy presenting itself in videos and messages as a utopia, a place of bustling markets and thriving schools free of the corruption that many in the Arab world associate with their governments.

Do you see ties to their brand of propaganda and propaganda throughout history? What are the common themes?
I see similarities to Soviet and, yes, even Nazi approaches to propaganda. Mainly in terms of the forceful way in which it seeks to block access to external media sources, while bombarding its subjects with videos and images meant to convince them of the Islamic State’s superiority.

How is the West being used as a propaganda tool?
The West is of course used as a foil, an interferer that should be driven from historically Islamic lands. But Western media is also exploited in a way, bringing attention to the Islamic State and its atrocities in ways that the group could never accomplish strictly through social media or other means.

~ShonaS is reading Confronting the ‘Caliphate’