Behind the Story: The Importance of Political Fashion 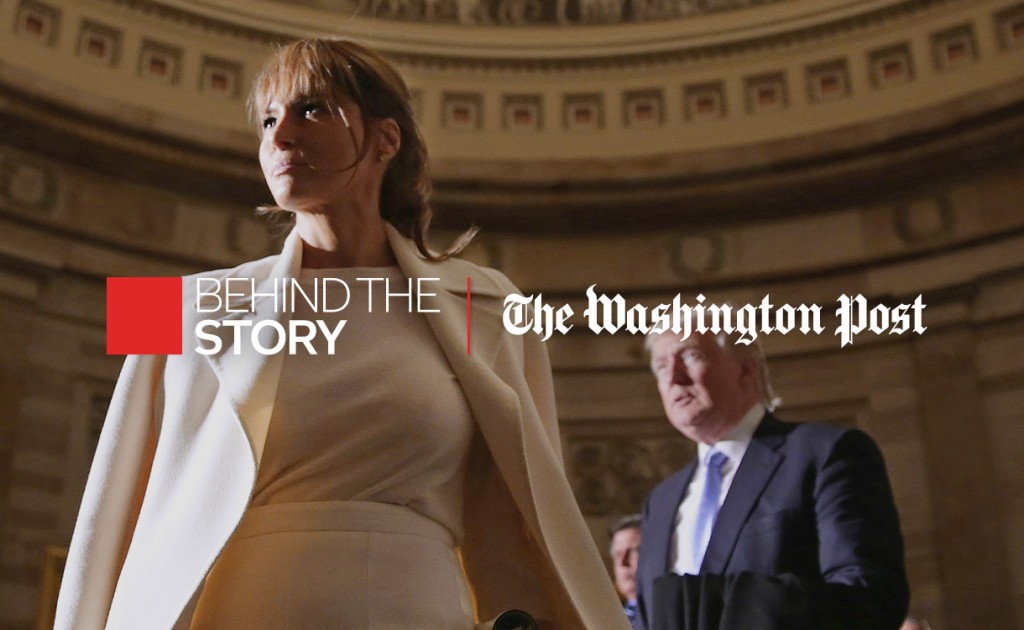 Stories: Melania Trump: From professional pretty person to potential first lady and Bill Clinton’s fashion challenge: How to dress when you’re no longer center of attention

Robin Givhan‘s role as The Washington Post’s fashion critic positions her at the vertex of two of the most captivating industries in America: politics and style. This election season that means covering the appearance and lifestyle of the leading presidential candidates and their spouses. Most recently she explored the challenge before Bill Clinton in dressing as the potential first gentleman and how Melania Trump’s runway past might change the way Americans think about her in the White House. We spoke to the Pulitzer Prize winning Givhan about the changing role of the first lady, what’s on and off limits for politician’s families, and the impact of the clothes worn by our elected officials.

What do you believe the role is of a first lady?
I don’t think there is a precise, formally defined answer which is why the role can be such a minefield. Hillary Clinton‘s definition of the job was quite different from Michelle Obama‘s, for example. Fundamentally, the first lady represents the American people on the world stage. She does so in a way that is meant to reflect our humanity: our passions, joys, sorrows and fears. Some have chosen to do that in a way that has them more politically engaged. Others have opted to do so in ways that are more personal.

Which previous first ladies most impacted what Americans now expect from the person married to a president?
I think all the modern first ladies helped shape our expectations of the role. Jackie Kennedy was adept at creating a mythology around the presidency so that we have come to expect that the White House will cause some kind of cultural shift. Nancy Reagan, I think, made us realize the power that a first lady had by the very fact that she has the president’s ear. I think for some that served as a wake up to not be dismissive of her role. Hillary Clinton gave notice that women were not going to leave their professional selves at the White House gate. Whether they took on a policy agenda or not, first ladies have been seen as having a bully pulpit and it behooves them to use it.

Melania Trump has received a lot of attention throughout this election cycle. What makes her so fascinating?
Her background is unusual, both as an immigrant and having been part of the fashion industry, which is still seen as a political liability. No other possible first lady has been so squarely situated in popular culture. Her professional life defied the traditional notions of serious work. Her work was predicated on her appearance. That is not something that we’re comfortable with because it then becomes impossible to discuss her working life without talking about her looks. And politics, feminism, propriety all tell us that looks don’t matter. Or at least they shouldn’t matter even if they do.

In the piece you imagine a portrait of her as “First Hottie” and obviously describe her appearance in detail. As a reporter do you worry about focusing on her looks at the expense of the complete person?
I would say that her looks are PART of the complete person. It makes sense to consider how she presents herself to the public—a public that she may well represent in a very symbolic way. Is it the only thing that defines her? No, but I cover the fashion industry and so that is the aspect of who she is that is of particular interest to me. And to be clear, I am also interested in how Donald Trump presents himself and I have written about that as well. My interest is not limited to women. Every person who steps on the political stage recognizes, or at least should recognize, that communication begins from the moment they are glimpsed by a voter. Bernie Sanders attended the White House Correspondents Association dinner, a black tie affair, and did not wear a tuxedo. He made that decision and that choice resonated as part of his overall message. I’m interested in how Bill Clinton might navigate the role of first gentleman when he will stand on the edges of the spotlight and not in the center.

We regularly read stories about candidates and their sports habits. We read about Donald Trump’s golf game. Is that the sum total of who he is? No, but there are those who believe that how one competes in sports—whether one displays good sportsmanship—tells us something about one’s possible behavior in other areas. I believe the choices we make about our appearance offer clues to our personality.

How do you decide what’s off and on limits to write about a candidate’s family?
I write about those aspects of appearance that we control: hairstyle, makeup, clothes. I’m not interested in whether someone is tall or fat or has a prominent nose. I don’t care if you’re bald or have a thick head of hair. I do care if you have a comb-over. I think it says something when candidates who normally wear a suit and tie suddenly decide that a particular meeting at a union hall or factory floor requires a work shirt and jeans. As for who I write about: it is those family members that are part of the campaign, the ones who serve as surrogates, or who introduce the candidate with glowing words. They are offering up their assessment of the candidate. We should ask: Who are you? What are you trying to convince me of? How are you trying to communicate with me?

More broadly you discuss “political attire.” What is political attire, and do you think Trump’s run and family might impact that definition?
I define political attire as those clothes that politicians wear on the public stage. Often these clothes tend to read like costumes; they’re part of the messaging. If I had to look into a crystal ball, I’d say that for men, Bernie Sanders’ style will have more of an impact than Donald Trump’s. Sanders has turned dishevelment into a political rallying cry. And because Hillary Clinton occupies her own history-making space, her style sets a precedent that other women can choose to either follow or shatter. So she will, at least for a time, serve as a point of comparison. Melania Trump’s style is intriguing. It has a lot in common with Michelle Obama’s emphasis on sheath dresses. But it has more glitz attached to it. Trump’s style is interesting because he regularly reminds voters of his wealth, but his style is more middle management than executive suite. It isn’t overly polished or tailored.

In your piece about Bill Clinton you write “The subtleties will matter, and your designer will matter.” What impact will his appearance have during this election/on voters?
I think his style is setting a template of how the more generic “first spouse” might look. Sometimes, it’s difficult to imagine something that has no precedent. He’s sketching out a visual identity for this curious new role. If, for example, he should find himself holding a Bible at a Hillary Clinton swearing-in, he will have the opportunity to select a suit that says something about American industry. He could have one-custom tailored by a company with history or by a new immigrant. His tie could be by an upstart Seventh Avenue designer. He already sports Shinola watches—and that’s a brand that has really thrived on a romantic mythology of returning blue-collar craftsmanship to Detroit. From a nitty-gritty fashion perspective, the menswear industry is the side of the business that has seen the steadiest growth in recent years. Men are more engaged than ever with style, clothes and accessories. So it will be interesting to see whether Bill Clinton’s presence in this new context can nudge menswear sales in some way. And, finally, voters are being asked to sign off on another family dynasty. In subtle ways, I think Bill Clinton’s style on the campaign trail will either underscore memories of the Bill Clinton presidency (no jogging shorts!) or keep the spotlight solely focused on the possibility of a Hillary Clinton one (all those Hillary-for-president pins).

How much of a first lady’s role is determined by gender? And how might that change if Hillary Clinton wins the presidency and Bill Clinton is in that position?
At this point, the entirety of the first lady’s role is defined by gender. From the name of the position to the laying at her feet a host of stereotypically female responsibilities such as choosing china and hosting dinners, it is a role that is defined by gender stereotypes and traditions. Slowly, the role has evolved as women’s lives have evolved. But it hasn’t come close to catching up with the realities of women’s actual lives. If Bill Clinton should find himself in that position, he will be able to redefine it because he will be free from having to deal with people saying: “It’s always been done this way.” He could break the mold and possibly create a job that is more about the individual and less about a pre-determined framework into which the individual has to fit.

Posted in: Behind the Story, Election Central