Behind the Story: The New Yorker Investigates El Chapo’s Go-Between 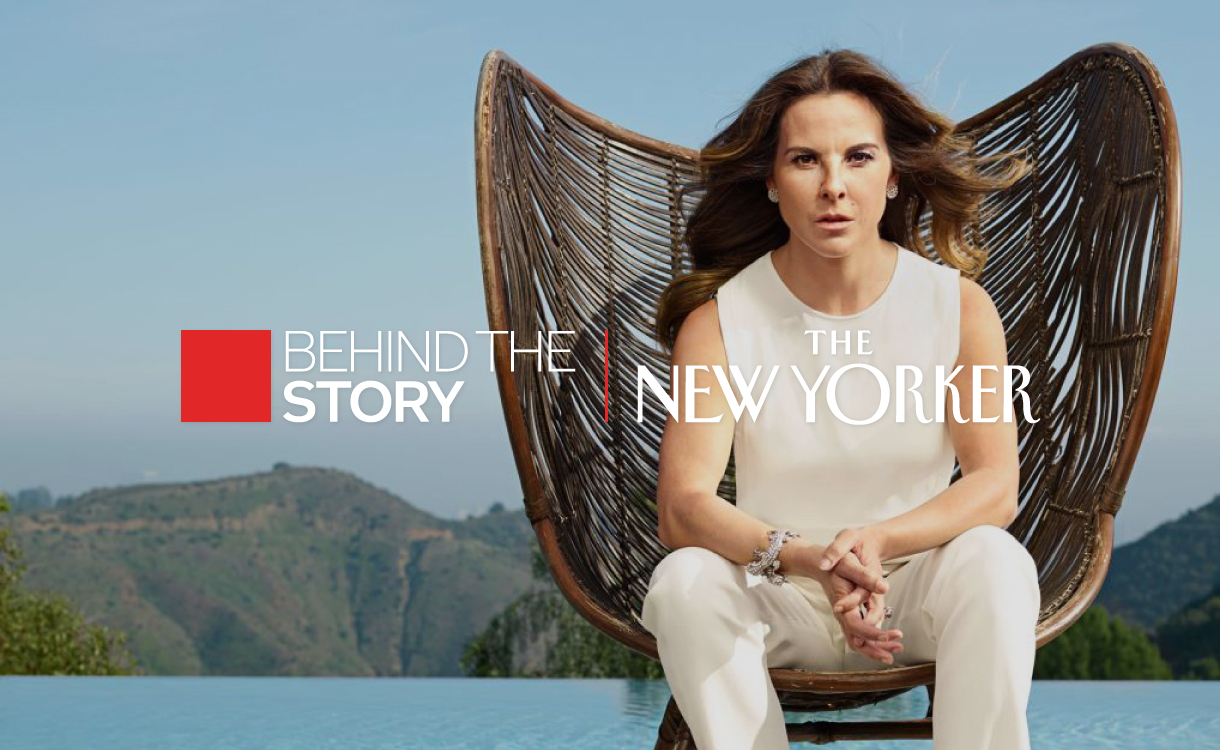 Martin Schoeller for The New Yorker

In January Rolling Stone published a lengthy piece of “experiential journalism” by actor Sean Penn detailing his time with Joaquin “El Chapo” Guzman Loera, the world’s most wanted drug lord who had just made his third escape from prison. That El Chapo chose to spend some of his time on the run speaking with a Hollywood actor was but one of many surprising facts.

Later that month, Rolling Stone published another bit of intrigue: Apparently, it wasn’t Penn who’d gotten to El Chapo first but rather Kate del Castillo, an outspoken Mexican actress and apparent friend to the leader of the Sinaloa Cartel who was under the impression that Penn was helping her make a movie about El Chapo’s life. Del Castillo claimed that it wasn’t until they were en route to meet El Chapo that Penn disclosed he intended to interview El Chapo for a magazine article. Once the story was published, Penn and del Castillo were scrutinized by the media, with each person offering conflicting accounts of the experience.

Who was using whom—and why? While Penn was being interviewed on 60 Minutes, not much was known about del Castillo—who she was, how she met El Chapo, and whether or not she was complicit in aiding and abetting one of the world’s most bloodthirsty criminals. One person who spent considerable time speaking with del Castillo was Robert Draper, a reporter whose profile of her, “The Go-Between,” appeared in the March issue of The New Yorker.

The piece offers an intimate, mesmerizing look at the life of an actress and social activist who transfixed one of the world’s most violent and powerful men. We spoke with Draper about what drew him to the story, his impressions of del Castillo, and her connection with El Chapo:

You typically cover politics, what drew you to this story / how was it unique?
The story interested me precisely because it had nothing to do with politics. It struck me as a bizarre but irresistible narrative: a famous Mexican actress struggling to make it in Hollywood follows her ambitions down a rabbit hole that brings her to the world’s most powerful drug lord.

Can you describe del Castillo’s mannerisms and personality? Did she come across as studied or genuine? Did anything surprise you about her?
Del Castillo struck me as quite genuine and engaging, if also a bit wayward and deeply impulsive. She’s an intelligent woman who’s made some interesting choices in her acting career. But she’s also a bit naive and sees the world–as one of her close friends told me–“without any shades of grey.”

There are inconsistencies between del Castillo’s and Sean Penn’s versions of events. Who do you believe and why?
I’ve deliberately left it up to the reader to decide whose version of events is the most accurate. What I’ll say is that it’s entirely possible that both del Castillo and Penn believe in their own truth and that neither version is wholly inaccurate. As a journalist, I’ve often found it to be the case that someone will fudge the details here and there or will embrace a self-serving memory–but that such variances from the facts don’t mean that the person isn’t to be trusted altogether. You have to do your best to understand their motivations and judge their renditions accordingly.

What reason(s) would del Castillo have for refuting Penn’s version of events?
Del Castillo felt that Penn’s version of events did her a disservice. First, she feels that she was misled into thinking that Sean Penn was interested in her movie project, else she would not have entangled herself in the Rolling Stone story that seems to have embarrassed the Mexican government and conceivably played a role in its investigation of her. Second, she feels that Penn’s version of events contains inaccuracies that cast aspersions on her character—in particular his story’s assertion that she had accepted the offer of flowers from El Chapo (following the Tweet she wrote expressing sympathy towards him), which she says is false and makes her look like a romantic liaison rather than a partner in a movie project.

Many journalists, as you mentioned in the piece, took Penn to task for what they considered to be a “failure” or PR stunt. Politico’s Jack Shafer argued that such anger is misplaced since at least Penn got access to El Chapo. Who do you agree with?
I salute Penn’s journalistic aggressiveness but am at pains to see what the reader got out of it, other than Penn’s travelogue. He had a golden opportunity to ask the world’s most notorious fugitive some probing questions, and he largely passed on that opportunity. That Penn would later claim that the story was intended to initiate a conversation about the war on drugs seems disingenuous, given that his dialogue with El Chapo did very little to advance such a discussion.

Did you get a sense of what del Castillo thinks of the media attention?
Del Castillo has always lived comfortably in the public eye. In Mexico her social goings-on and romantic life have been faithfully chronicled for decades. The attention she received in the wake of El Chapo’s arrest was not the kind she seemed to relish. But it’s clear, from the press tour that began with my story, that she’s glad to be telling her side of the story. I think she was deeply anxious about how the Chapo/Rolling Stone episode was affecting her public standing back home, and this has been her opportunity to reestablish control over her narrative.

In her interview with Diane Sawyer, del Castillo claims her reason for meeting with El Chapo was because she “loves adrenaline.” What do you think?
There’s truth to that. She loves riding motorcycles, driving in fast cars and living on the edge. And the opportunity to go meet El Chapo on the run, accompanied by a famous movie star, struck her as a hard-to-turn-down adventure as well as something that might benefit her movie career down the line.

Are there any elements to the story that still nag at you?
Not nag, exactly. But I’m still amazed at how this very savvy, extremely powerful drug lord so revered Kate del Castillo and saw her as a teenaged boy would–imagining her more as the roles she played than as an ordinary human being, and literally putting his life story in her hands.

Posted in: Behind the Story el chapo interview Made for Flipboard mexico Rolling Stone sean penn The New Yorker