Behind the Story: VICE Goes Inside Mecca During Hajj 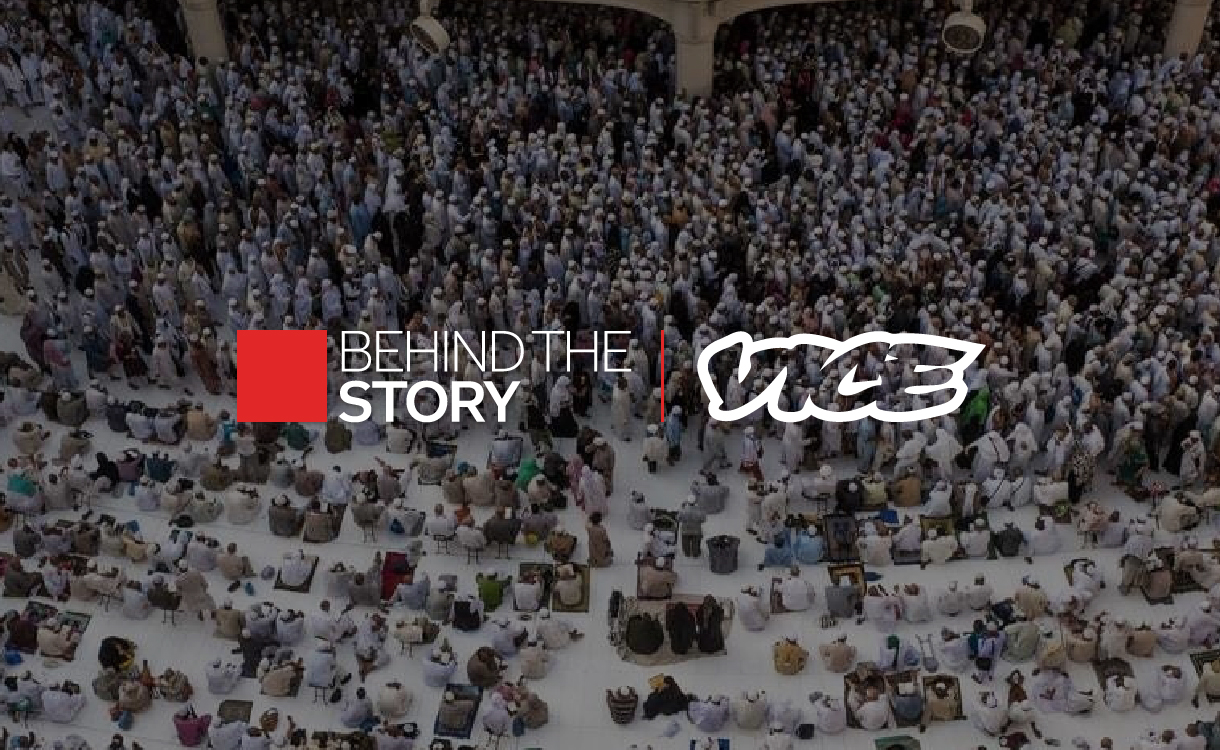 Each year, millions of Muslims make the pilgrimage to Mecca for the Hajj gathering, a requirement said to have been mandated by the prophet Mohammed himself. The pilgrimage is about solidarity and renewal, a way for Muslims from around the world to connect with one another.

Canadian photographer and Muslim Yasin Osman came to Mecca last fall with his mother and was hesitant about taking photos, worried a camera would distract from his spiritual journey. But, like many photographers, Osman uses his art as a means to understand the world—so he struck a balance, honoring his religious commitments before taking a single shot.

That reverence and respect is evident in his photo essay for VICE, which features a series of stirring images giving outsiders a look at life during Hajj. We spoke with Osman about his faith and photography.

Your photography emphasizes “life,” both in your portraits of people and your shots of city life. Do you feel that you’re revealing something different about those subjects?
What I try to reveal through my photography is the idea that there’s beauty in everything—whether it’s a portrait of someone’s scars or a dirty alleyway, our world is beautiful and so are we. And my goal will always be to spread that message.

What made you want to photograph at Mecca? Was it about your personal relationship with Islam, or giving people an intimate look at the Hajj?
Islam plays a huge role in my life, but it wasn’t the reason why I wanted to photograph the Hajj. What made me want to photograph the Hajj was the amount of people around me who had no idea what it was. Everyone I approached with the news that I was going to Saudi Arabia all knew where Saudi Arabia was and most had heard of “Mecca,” but only a few actually knew what the Hajj was. I felt like it was sort of my duty to document the pilgrimage not only for them but for everyone.

Were you nervous about taking photos during a holy event? How did your fellow pilgrims react?
I was nervous at first. It was after we passed through customs before leaving Toronto when everything sank in. My intentions for the trip were to purify my soul and to get closer to God so I made sure that I took photos only after I performed the necessary religious duties. I figured there are Muslims who die every day without having ever performed the Hajj, so I didn’t want my photography to interfere with my spiritual journey. Through taking street portraits I’ve learnt when and when not to stick a camera in someone’s face, but surprisingly enough most of the people I met during Hajj were very welcoming to the point where i had people coming up to me asking me to take their photo. 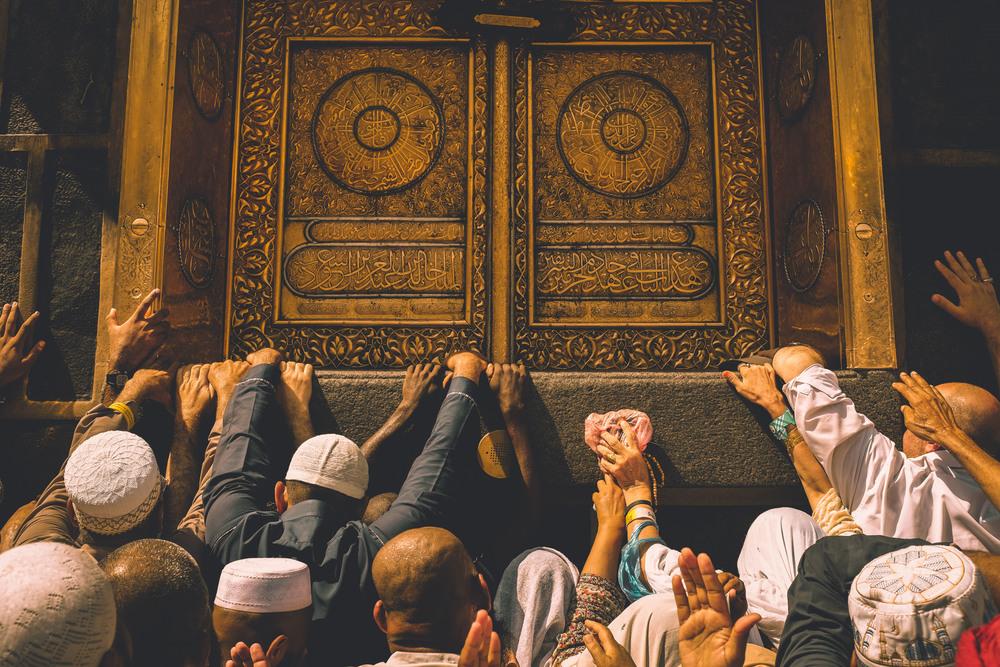 What is the general atmosphere at the Hajj like? Following the tragic stampede, how did the atmosphere change?
There are absolutely no words to explain the feeling. It was extremely overwhelming and eye-opening. Everywhere I turned I saw people smiling. I saw men in white cloths holding the flags of their countries and women wearing colourful hijabs that differentiated them from other nations. I saw pilgrims from different countries in the company of one another not being able to communicate except by using hand signals. I saw people giving the sandals on their feet to people less fortunate.

Although the stampede was tragic and sad, my perspective was changed when I spoke to one of the pilgrims who lost someone in the horrific incident. He said, “Death will come for you when it’s your time. But what’s comforting to know is that my brother will rest in the best city in the world during the most special time of the year after he performed the greatest journey of his life.” 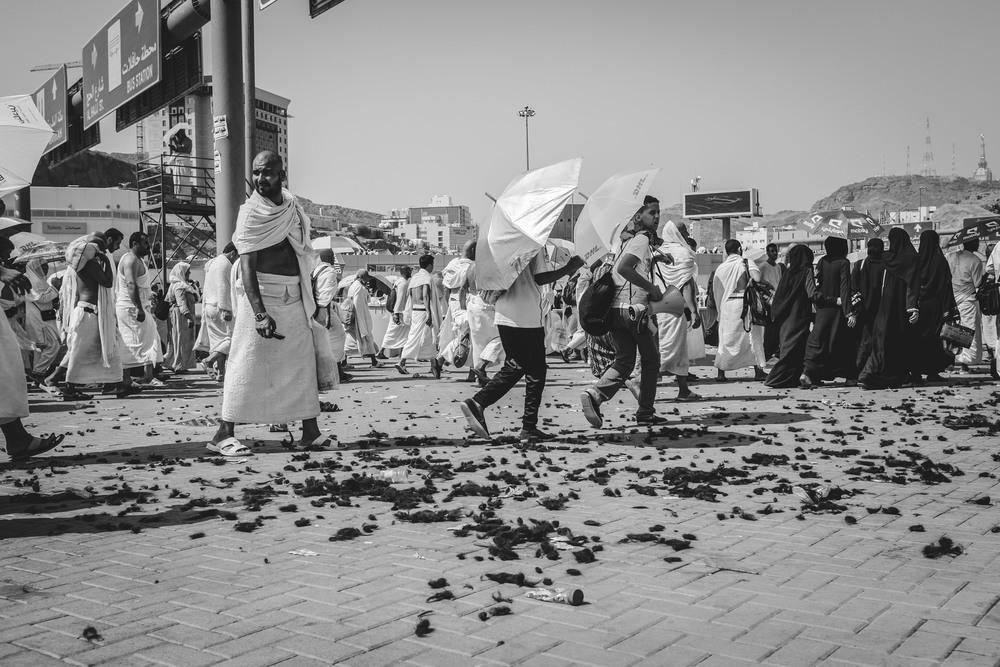 Was there anything about the Hajj that surprised you? What’s something you’d like people who see these photos to understand?
What surprised me would have to have been seeing the millions of people there for one purpose. If you stop at any intersection in any major city, you’ll see someone waiting at the bus stop, on the phone, eating food or coming home from work.

But during Hajj you see over two million people together walking toward the same place, fulfilling the same duties all for one reason: to worship God. The most beautiful thing was during prayer time, when not only all the pilgrims would pray, but the whole city bowed and prostrating towards the Kabah at the same exact time—an incredible sight. 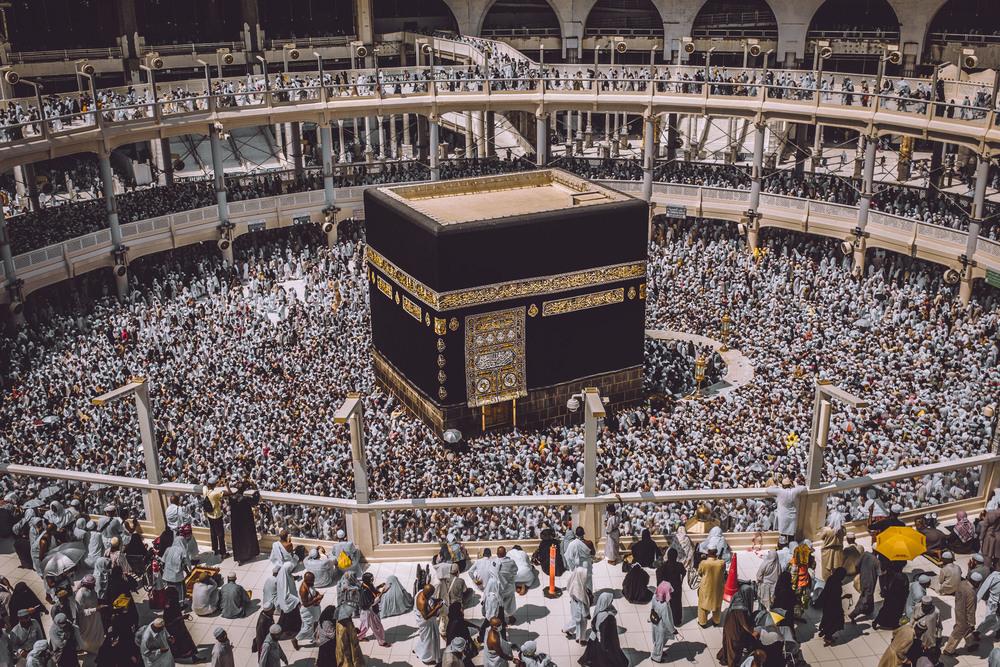 What photographers inspire you? What would you like to photograph next?
Steve McCurry would have to be my biggest inspiration, his book Untold: The Stories Behind the Photographs is by far my favourite book on photography. What I would love to document next would be the lives of families in Nunavut (Canada), India and Tibet.