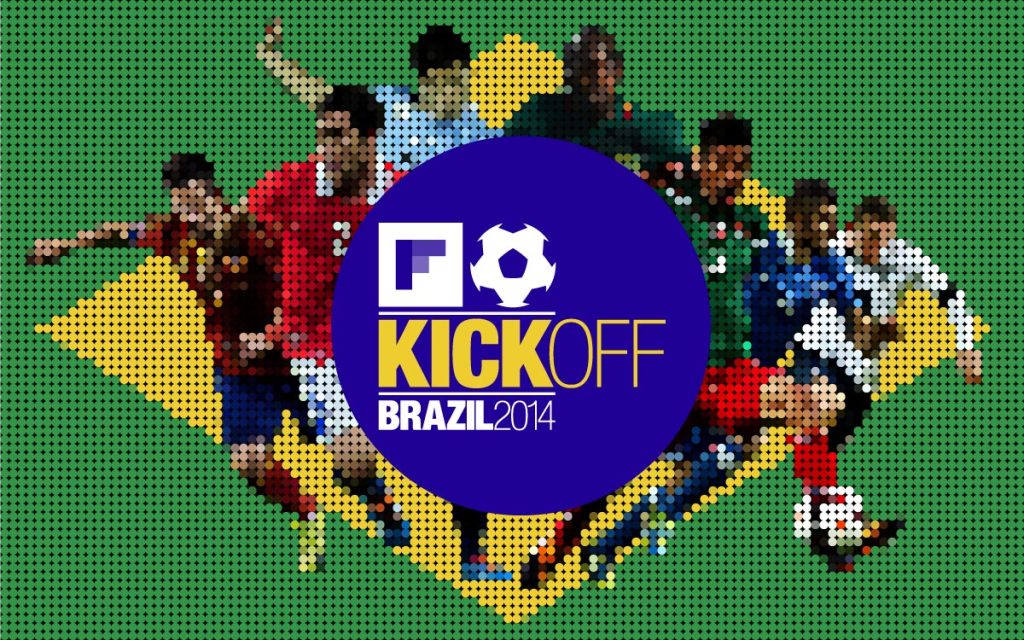 On June 12, all eyes will be on Brazil as the opening kick inaugurates the 2014 FIFA World Cup.

The World Cup is one of the most closely watched sporting events on the planet, with teams from 32 nations competing in a month-long series of elimination rounds that culminates in a final match where one team will be crowned World Champion.

To give you a unique view of the action, we’re excited to launch 32 new magazines on Flipboard today — one for each team participating in the World Cup, from Team Algeria to Team Uruguay, and every team in-between. This is a unique experiment in collaborative curation and participatory fandom, because we’ve invited hundreds of Flipboard MagMakers from around the globe to contribute to magazines dedicated to their favorite World Cup teams. From the action on the fields to the scenes in the stands and around Brazil, each Flipboard World Cup team magazine is curated by fans, for fans.

To find your favorite team magazine and track the battle for the championship, we’ve also created a special website to show which teams are squaring off in each World Cup elimination round, with each team represented by its fan-curated magazine. Our online grid is updated in realtime, so check it throughout the World Cup to catch up on the latest team news and spectacles.

Want to contribute to your favorite team magazine? It’s not too late — you can still apply to become a World Cup team co-curator. Just apply right here, and we will review new applicants as they come in.

Enjoy the World Cup on Flipboard, and may the best team (and team magazine) win!