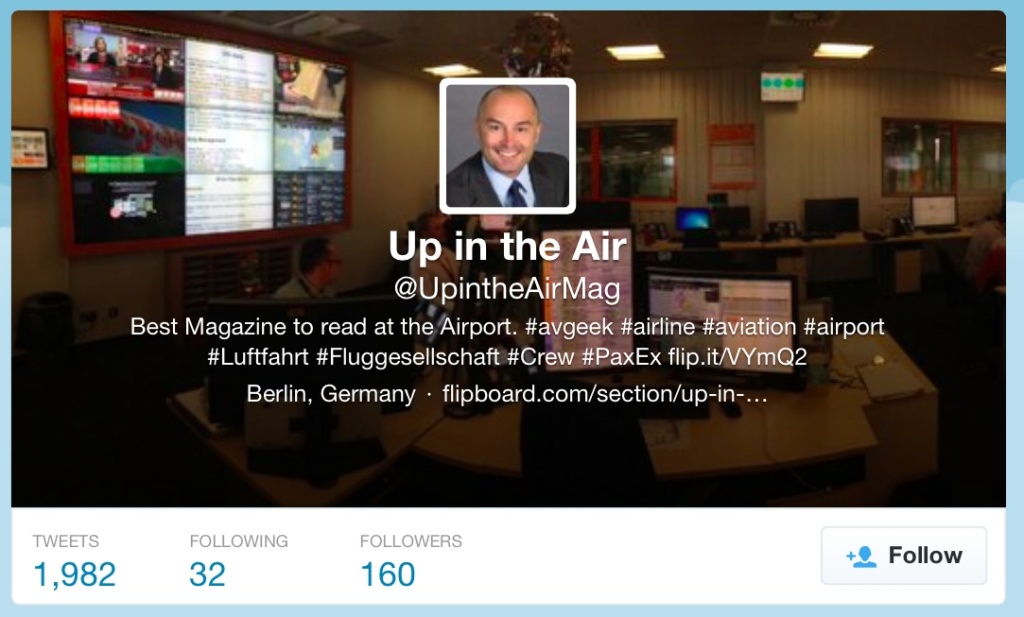 This was fun to discover…

We love it when people create Flipboard magazines to extend brands that already exist in traditional or digital media.

But @UpInTheAirMag by Daniel Stecher is the first time we’ve seen a Twitter account created explicitly to support a Flipboard magazine — in this case, Daniel’s 2013 Best of #MagsWeLove commercial aviation magazine, Up In The Air.

Good thinking, Daniel! It’s a clever idea, and extra credit for including his magazine’s web URL in the Twitter profile.  Fingers crossed, we hope to see more of this happen in the future: 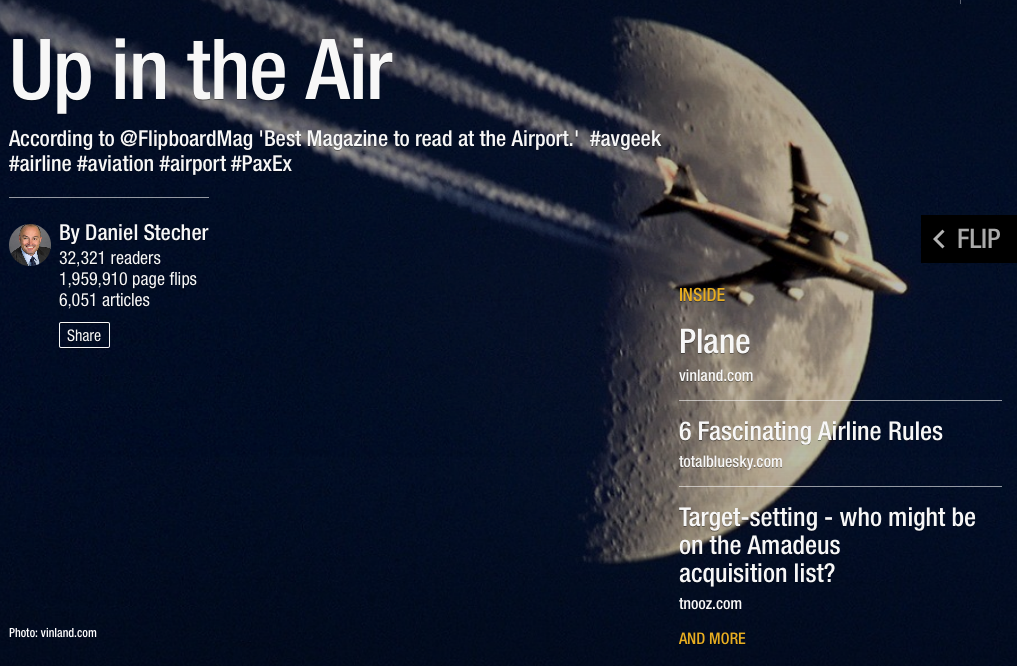