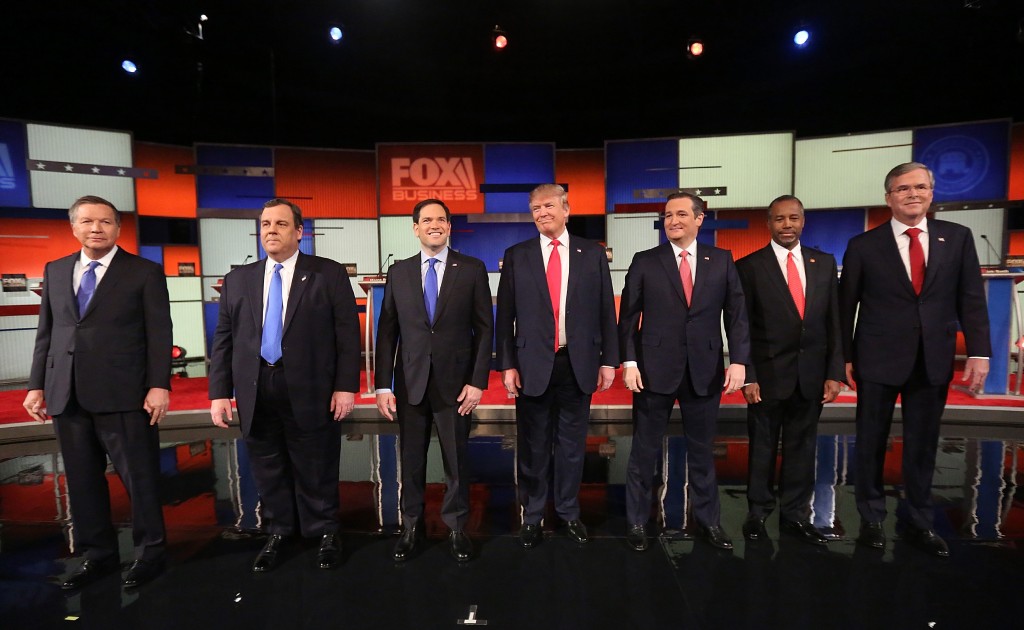 Rivalries intensified Thursday night in the sixth Republican presidential debate, as we close in on early voting. Iowa frontrunners Donald Trump and Ted Cruz sparred over citizenship and values. Establishment rivals Marco Rubio and Chris Christie threw jabs over gun control, social issues and political expediency. Fellow senators Rubio and Cruz intensely debated immigration, which was just one of the issue over which they disagreed. We spoke to CNN Politics Managing Editor Z. Byron Wolf to break down how each candidate fared in the debate and what’s next on the trail.

Who was most helped by the debates tonight?
Trump! Cruz! This might seem weird to say since they’re now in close combat over Iowa, but both Ted Cruz and Donald Trump had strong performances. Cruz was able to answer the questions about his conservative bona fides and a loan he took from Goldman Sachs to finance his Senate campaign. He took on Trump over the issue of his status as a natural born citizen and flipped it back on Trump.  He was the first Republican of this cycle to go toe-to-toe with Trump on national TV and emerge better for it. Ask Jeb Bush how it worked out for him after recent debates.

Trump did very well, too. He had effectively kept the natural born citizen issue in the news and at the front of the political discussion. That’s not a good development for Cruz. Trump also had a genuine emotional moment after Cruz criticized “New York Values.” Trump spoke eloquently about his experience after 9/11, witnessing the first responders and cleanup. Those, he said, are New York values. Cruz applauded.

Marco Rubio also had some moments, but they came late in the debate. He also suffered a few bad moments, particularly during an exchange with Chris Christie. So he might have been helped, but not as much as the other two.

Who was most hurt by the debates tonight?
At this point in the game, not being noticed is being hurt. Jeb Bush, Ben Carson and John Kasich all needed a moment. Bush had a few moments, but nothing that really pierced through. Carson and Kasich were both relative non-entities. They seemed to get less speaking time and didn’t do as much with them. Candidates are running out of opportunities to make an impact and it’s hard to imagine a huge flip in the the state of play in Iowa, where Trump and Cruz have broken away, and in New Hampshire, where Trump is on top and Rubio, Christie, Kasich and Bush are clustered in a race for second.

Who came out strongest on the commander in chief test?
When I think of “commander in chief” I think of foreign policy and the military. It was noticeable that Rand Paul, the field’s lone non-interventionist, was not on the stage. The others beat their drums over the recent capture and release of ten U.S. Sailors by Iran. Jeb Bush had the best command of the military and diplomatic issues. He tried to criticize Trump over his proposal to ban Muslims because it would stand in the way of building a coalition to defeat ISIS. He also pledged to rebuild the military. Chris Christie and Marco Rubio also looked strong on foreign policy. Christie had some solid one-liners about Iran and the leaders there.

Was the Trump vs. Cruz debate over citizenship put at bay tonight? Did either do serious damage to the other?
From a legal perspective, the citizenship issue is likely not going very far. It’s hard to imagine a judge kicking Cruz off any ballot. But from a political perspective, the citizenship issue was by no means put to rest. Cruz tried to flip it on Trump, pointing out that his mother was born in Scotland. He was clearly prepared to answer and did an admirable job. His declaration that, “I’m not going to take legal advice from Donald Trump,” was a highlight of the evening. But it is clear that questions remain. Trump didn’t back down on the issue and said that while he wouldn’t bring a lawsuit to question Cruz’s eligibility, he’s sure Democrats will. They haven’t, but it is a topic that is clearly on people’s minds. Cruz’s former law professor at Harvard, Laurence Tribe, a Democrat, has not helped his former student’s cause by arguing it is a legitimate issue. Tribe was a topic of dispute between Trump and Cruz at the debate and then he called in to CNN immediately after the debate.

How will tonight’s debates impact (if at all) the race between the establishment candidates—Bush, Christie, Rubio and Kasich—particularly in the early voting states?
There’s currently very close race, particularly in New Hampshire, for second place. Each of those “establishment” candidates is hoping to show well there in early February. Trump, for all his popularity in the polls, does not enjoy the support of more than 50 percent of Republicans. So you can imagine that, ultimately, after a few drop out, the establishment wing of the party settles on a Rubio, a Christie, a Bush or a Kasich. They just haven’t chosen one yet. Rubio did well at tonight’s debate and probably remains the establishment favorite. He’s tied with Trump and Cruz in our Political Prediction Market, where players don’t pick their favorite candidate, but predict who they think will win. But Rubio has done well at every debate, and he hasn’t yet pulled away. This is a tough question, really. Political watchers have been waiting for months for a Trump alternative to emerge from the GOP establishment. Some of them are starting to give up. Iowa is Feb. 1!

There was a lot of discussion tonight about coming together as a party/against Hillary Clinton. Are there lines being drawn now that could hurt Republican Party unity later?
Primaries are about going to the political polls and general elections are about going to the middle. You see it with Republicans right now. Trump has drawn the GOP to the right on immigration and with his plan to impose a travel ban on Muslims. On the left, Bernie Sanders is drawing Hillary Clinton to the left on Wall Street, immigration and more. Whoever wins—if it’s a politician or not—will quickly pivot to a general election mode once they lock the nomination. That’s a long winded way of saying what we’re talking about now isn’t exactly what we’ll be talking about next November. Will supporters of the losers have sore feelings? Sure! Will they be willing to overlook those to keep Democrats from holding the White House for another four years? Absolutely.

Who is most likely to drop out of the race before the next debate?
There was an undercard earlier in the evening. Those early debates with candidates low in the polls have gotten progressively smaller. A few candidates have fallen from the main event down. Rand Paul sat the night out rather than be demoted. Carly Fiorina, who had also been featured in earlier prime time debates, showed up. You could imagine any of the undercard Republicans – Former Arkansas Gov. Mike Huckabee, former Pennsylvania Sen. Rick Santorum, or Fiorina giving up. Huckabee won Iowa in 2008 and Santorum won Iowa in 2012. A low finish there might be humiliating for them and it is clear, at this point, they are unlikely to win. If I were a betting man (I’m not!) I’d say either of those two. On the other hand, with voting this close, why not wait for a miracle?

Read all of CNN’s debate and polling coverage in the CNN Politics: 2016 On Tap Flipboard Magazine and check out Election Central for the latest news on all of the candidates. 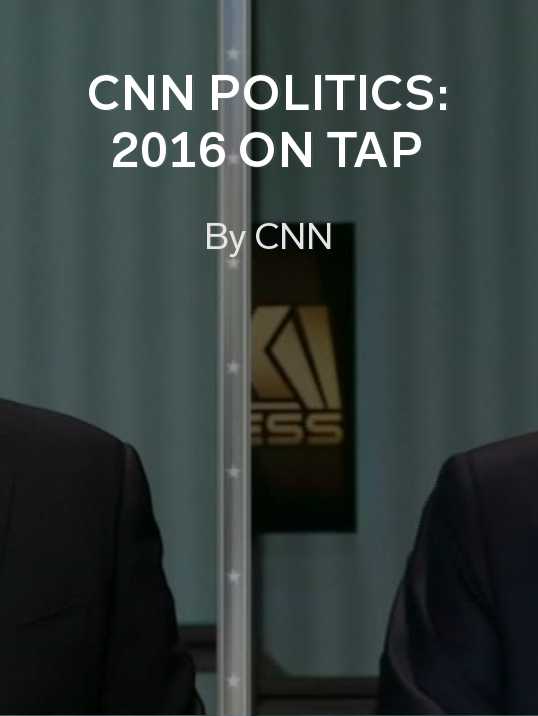