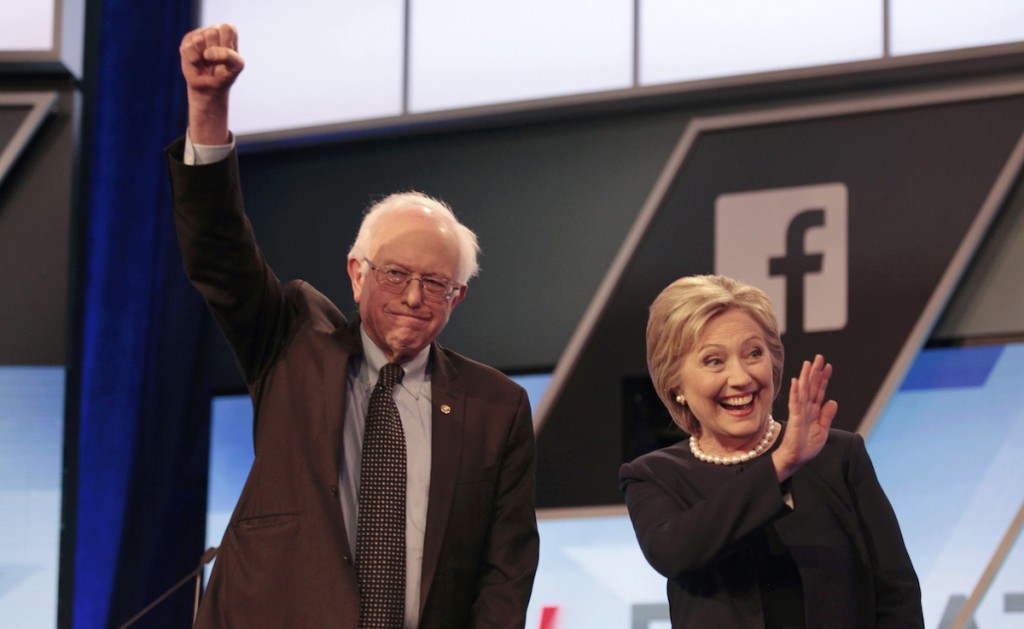 Fresh off a surprising election Tuesday, Hillary Clinton and Bernie Sanders tangled Wednesday night over immigration policy, the government bailout of the auto industry and Republican front-runner Donald Trump. The face-off in battleground Florida comes less than a week before the next votes are cast in Florida, Illinois, North Carolina, Missouri and Ohio. We spoke to CNN Politics Managing Editor Z. Byron Wolf about the biggest moments from the Univision-hosted debate and what’s to come for the two Democratic presidential candidates.

What were the top moments of the debate?
There were several notable moments from the debate. I’m sure other people have other opinions, but for me, it was incredible when Clinton was asked directly by Jorge Ramos if she would end her campaign if she was indicted over her email server. She totally shut down the question and said that’s not going to happen. Ramos also asked about the Benghazi terror attacks and drew the rebuke of the audience at Miami-Dade College. They booed him big time.

In addition, there were tangles between Clinton and Sanders on the auto/Wall Street bailouts and on immigration. There was also something we haven’t seen at one of these debates so far: a Guatemalan woman living in the U.S., whose husband was deported, asked Clinton about deportations. The woman’s children, she said, have not seen their father in three years. It put a personal face on the immigration issue and the subsequent answers from the Democrats showed the gulf between their position and that of Donald Trump, the GOP front-runner who supports mass deportations.

Which candidate was strongest on immigration? Will the answers impact their standing among Hispanic voters and/or Democratic voters?
I’m not sure either was stronger than the other. Both promised not to deport undocumented children. Their answers were similar enough and in such sharp contrast with what’s on the other side of the aisle.

Clinton took on Sanders, particularly over immigration and the auto bailout. Will and have those attacks hurt him?
Clinton tried to make the argument last week that Sanders opposed the auto bailout because he opposed the Wall Street bailout. She didn’t specifically mention the Wall Street bailout, but that’s what it was. She voted for it. He voted against it. Funds from that bill were used to rescue the auto industry. She brought it up again on Wednesday. This line of attack clearly did not help her enough to win Michigan. Plus, it is complicated to follow. She made similar procedural arguments during the immigration section. Her larger point, perhaps, is that Sanders has absolute positions and they can have consequences in Washington and with legislation. Republicans control Capitol Hill, so absolute conviction to morals is not going to yield a piece of compromise legislation on immigration (Sanders opposed compromise bills in the past) or an economy-saving Wall Street bailout if one, forbid, is needed. Again, it’s a complicated argument to land—that knowing how to work Washington will help. It’s clearly not what people want to hear this year. Sanders has the benefit of saying yes and no. Clinton’s answers, almost always, boil down to: It’s complicated.

How effective were Sanders’ criticisms of Clinton’s Wall Street’s speeches?
Sanders has been saying the same thing about Wall Street and corporate greed for months. He hasn’t changed. And he didn’t change them last night. To the extent that a democratic socialist just won the Democratic primary in Michigan, they’re very effective, particularly with young people.

The email controversy and Benghazi attack were raised last night. Did her answers help or hurt her on the honest and trustworthy metric?
This is a bugaboo that will not go away for her. It follows Clinton onto the Democratic primary debate stage. Republican will make sure it follows her much more onto a general election debate stage. Her decision to simply dismiss it was probably the right one. But it won’t make anything go away.

Trump came up a few times last night. How important is a candidate’s perceived ability to take him on?
If there is any one thing that will motivate Democrats to go to the polls in November, it’s going to be the specter of a Trump presidency. The ability to defeat him is incredibly important. Trump was, I think, the only Republican candidate mentioned last night. Hillary Clinton wouldn’t go so far as to call him a racist, but she danced up to it, when asked. She promised more direct assaults in a general election. Sanders was more direct in his criticism.

Is there a path to the nomination for Sanders? And if not, what are his reasons for staying in?
Democrats award their delegates proportionally, which means both candidates get delegates in proportion to the vote they receive. That means it is going to be very hard or nearly impossible for Sanders to overtake Clinton’s delegate lead. But he’s playing an important role in this primary for committed progressives: He’s drawing Clinton left on Wall Street reform, on immigration and on a host of other things. She’s having to pay lip service to the base of her party in order to defeat him. That’s one of the most important jobs in politics.

Follow all of the debates with CNN Politics’ Flipboard Magazine and get the latest political news in 2016 Election Central.