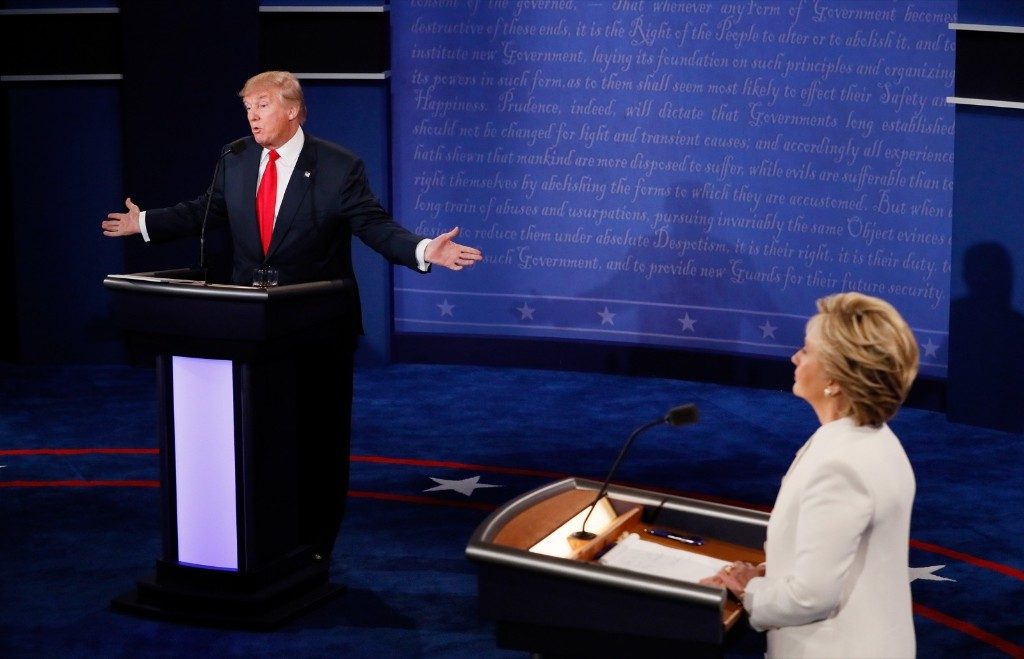 The third and final debate of the 2016 presidential election was a bitter one, filled with policy disagreements and the kinds of personal jabs that have become commonplace this cycle.

Democratic nominee Hillary Clinton and Republican nominee Donald Trump sparred over foreign policy, the Supreme Court, abortion and the second amendment. Clinton took aim at Trump over his business practices and his treatment of women, while Trump took aim at Clinton over her foundation and the emails released by WikiLeaks. But it was Trump’s statement that he might not accept the election results that set off the strongest responses.

“I will look at it at the time,” Trump said of the impending outcome. “I will keep you in suspense.”

We spoke to CNN Politics Managing Editor Z. Byron Wolf about that headline-grabbing moment, the other biggest exchanges and how the debate will impact the final weeks of the campaign.

What were the best and worst moments for Clinton?
The best moments for Clinton came when she stacked her résumé up against his. She was effective in pointing out that when he was on The Apprentice, she was in the Situation Room. She also spoke passionately about abortion rights and immigration. She had more trouble on foreign policy, which has been interesting throughout this campaign, since she is a former secretary of state.

What were the best and worst moments for Trump?
It looked like a new, more policy-focused Trump at the outset of the debate. His arguments about abortion—and his own opposition to abortion rights, felt different. He was under control during the discussion of gun rights. But by the end of the debate, when he called Clinton a “nasty woman” or accused her campaign of organizing the women who have accused him of sexual assault, the bombastic tycoon we’ve all gotten to know over the past two years was back. His rigged election conspiracy theory went into overdrive when he refused to pledge that he’d respect the outcome of the election. That will be the most memorable element of this debate.

Will the candidates’ responses on their respective recent controversies (unwanted sexual advances for him and WikiLeaks/FBI for her) help move the conversation beyond them?
Each day brings some small development on Hillary Clinton’s emails, her campaign manager’s emails, a new instance of Trump saying something offensive or being accused of groping a woman. I think these allegations are almost baked into the equation at this point. People know about them and they’ve either learned to live with them or moved to the other candidate or decided to stay home. That’s not saying some new development isn’t on the horizon.

Trump added an element when he accused Clinton of organizing the allegations against him. He’ll need to back that claim up with evidence for it to stick.

What are the implications for Trump saying he may not accept the results of the election?
Trump’s refusal to say he’d accept the result—rejecting the entire idea of peaceful transfer of power—left people gobsmacked. Republicans were clamoring to reject the idea on social media. The idea he’s sowed recently that the election is rigged by the media seems designed for him to be able to write off what could be a humiliating loss. It could also jeopardize a basic tenet of the country’s stability.

Did either candidate offer responses that will expand their support beyond their bases?
No. Clinton seems to be expanding her base, but not because of anything she is saying or doing. Rather, it is because Trump is turning off moderates by drumming up his core supporters.

How will this debate impact the race going forward?
Trump is falling behind according to most polling in key swing states. CNN today re-categorized Florida from “battleground” to “lean Democrat.” He needs to stop that tide. I don’t think he did it Wednesday night. These debates can be as much about the day after as game time. What people will read about tomorrow is how he called Hillary Clinton a “nasty woman” and how he might not accept the election result. Those are not the kinds of things that sway independent voters.

~GabyS is tracking the the Democratic and Republican parties