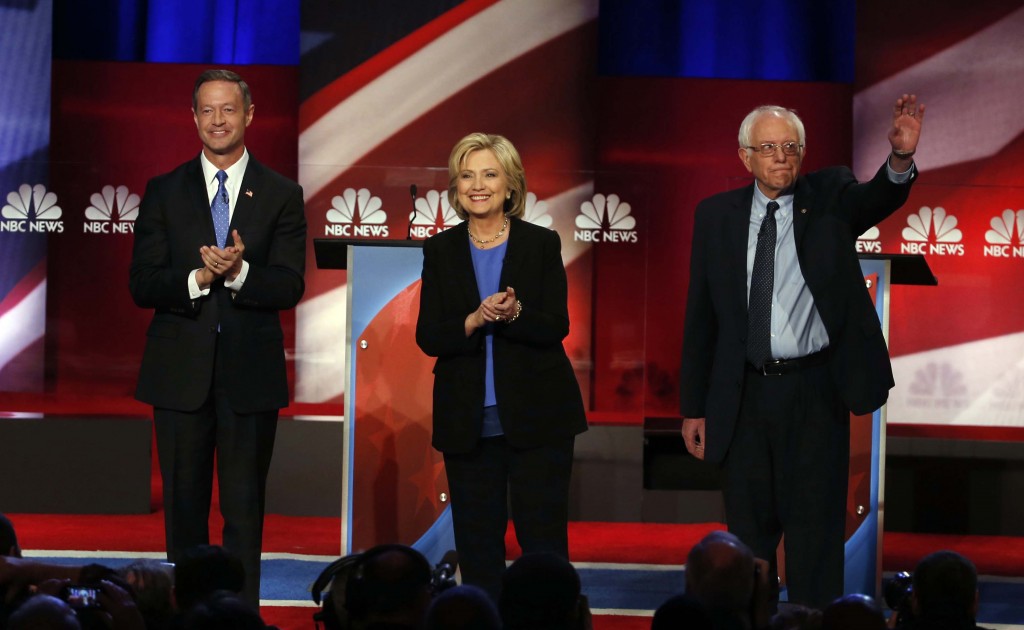 Democratic presidential candidates Martin O’Malley, Hillary Clinton and Bernie Sanders stand together before the start of the NBC, YouTube debate in Charleston, S.C. on Jan. 17, 2016. (AP Photo/Stephen B. Morton)

Democratic presidential candidates Hillary Clinton and Bernie Sanders sparred on health care, gun control and Wall Street reform in the most contentious debate between the candidates this cycle. The rise in attacks mirrors the rise of Sanders’ candidacy, which has led to neck and neck early state polling (though Clinton maintains a considerable lead nationally). We spoke with CNN Politics Managing Editor Z. Byron Wolf about the biggest moments of Sunday’s debate and what they mean for the race going forward.

Who leveled the most effective attacks tonight? What were they?
Hillary Clinton had some effective moments on both guns and health care. Bernie Sanders had some effective moments on Clinton’s ties to Wall Street and Goldman Sachs, the investment bank that is fast becoming something of a bogeyman in terms of 2016 rhetoric. But while the media tends to focus on attacks, I thought what set this debate apart was good old fashioned political philosophy. Bernie Sanders wants a Medicare for all plan. Clinton dismissed it without opposing it. It’d be nice, she seemed to suggest, but it has zero chance of passing a GOP Congress and do we really need to drag the country through another debate over health care? It took Democrats decades to get Obamacare. Starting over would forsake that achievement. She  embraced President Obama and his policies, like Obamacare and Wall Street reform, in a way we haven’t seen before. I’m not sure a lot of the Democratic faithful care about what Congress can pass. They might be more interested in pushing the idea of a more tightly woven government health care net. The tagline of this debate could have been Hillary Clinton’s pragmatism versus Bernie Sanders’ purity.

How will tonight’s debate impact the race going forward?
There were some barbs at this debate. Clinton brought out some one-liners, particularly on the issue of gun control and Sanders had his moments on Wall Street. But the tone was still pretty civilized, especially compared to what we’ve seen on the Republican side this year with Donald Trump‘s rise. So I’m not sure the tone will change much. But this is the final sprint to the caucuses on Feb. 1. Sanders will want to maintain his momentum with progressives and get out the youth vote. Clinton and her surrogates will try to stop that momentum if they can. The  choice for Democrats is clear – Do they want someone who is going to enact wholesale change in the face of a hostile Congress or someone who will build on what’s there. The answer might be different.

How is Sanders changing the campaign Clinton is running and how is Clinton changing the campaign Sanders is running?
The rise of Sanders has already forced Clinton further to the left on immigration, taxes and Wall Street, in particular. Sanders has the luxury of not having to reframe his ideas. They would be harder to enact, but that’s not the point for him. He’s trying to inspire progressives.

What is the path forward for Clinton if she loses Iowa and/or New Hampshire? / What is the path forward from Sanders if he loses Iowa and/or New Hampshire?
If Sanders loses in Iowa and New Hampshire, it’s hard to envision a path forward for him. But he’s been ahead in polling in New Hampshire for some time. He’s been closing the gap in Iowa. Clinton still maintains a healthy lead in nationwide polling. But this is a race decided state-by-state over the course of months. If Sanders shows well in Iowa and New Hampshire, the Democratic race will become a daily slog as the campaigns widen their lens to more and bigger states. It will get more expensive and more desperate as time passes. Iowa and New Hampshire wins would get Sanders a remarkable head of steam heading into South Carolina and Nevada later in February and then Super Tuesday on March 1. But she would still be the favorite until those national numbers start tightening more.

At what point do the attacks, particularly between Sanders and Clinton, hurt the candidates in the general election?
There are two schools of thought here. A long primary fight with Sanders might force Clinton to take some policy positions and adopt some rhetoric she might  have to defend in the general election. On the other hand, a long primary fight will make her battle tested. For example – an extremely long and difficult primary fight didn’t keep Barack Obama from becoming President in 2008. But it didn’t help Mitt Romney in 2012.

Read all of CNN’s debate and polling coverage in the CNN On Tap Flipboard Magazine and check out Election Central for the latest news on all of the candidates. 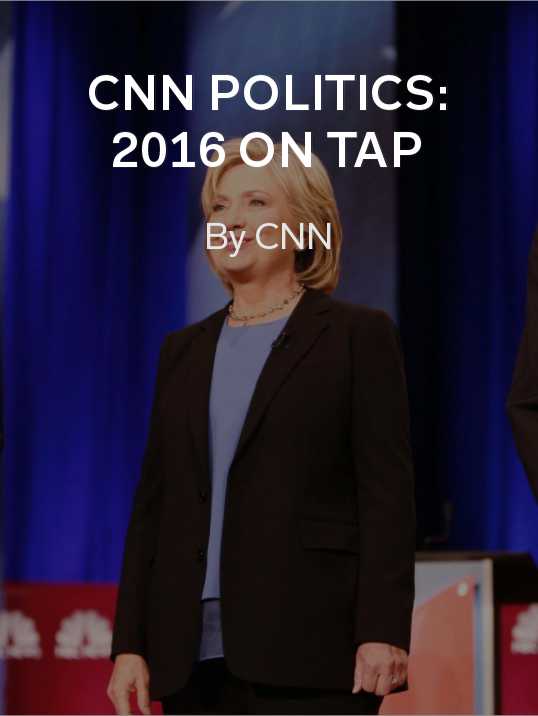