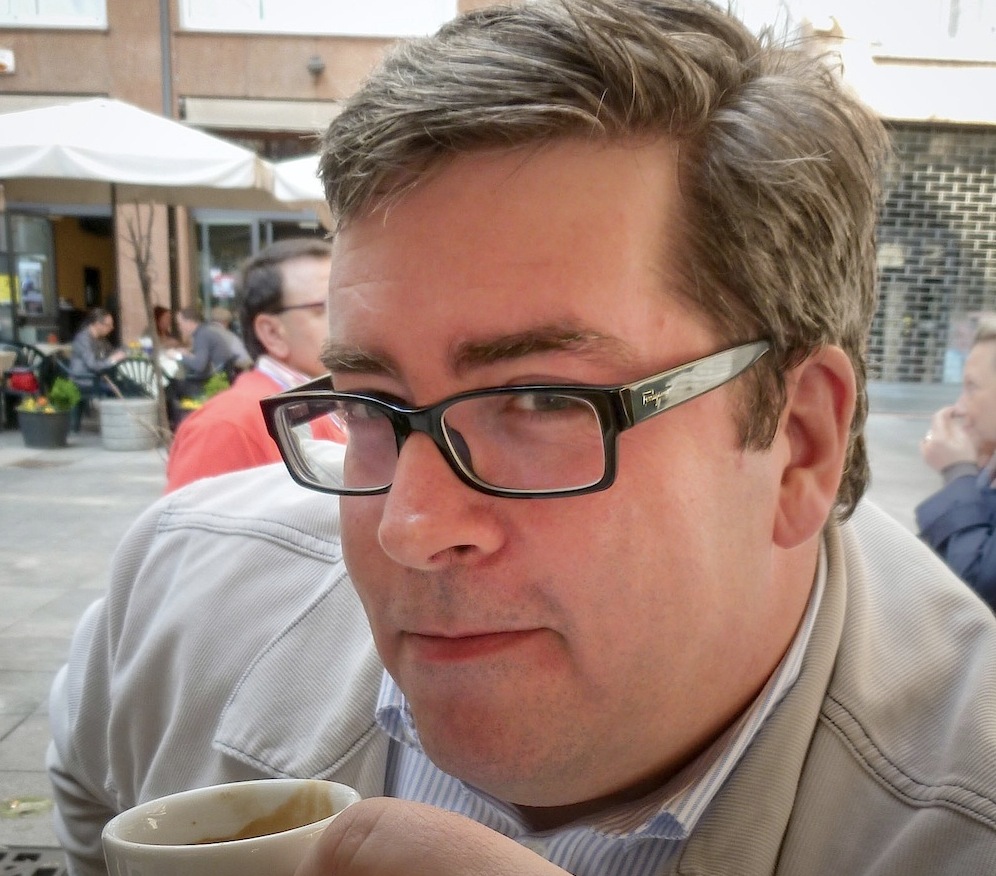 For most people, coffee is a drink that makes mornings vaguely more tolerable. But for Mark Prince, a good cup of coffee is more than just a beverage; He sees it as a culinary delight that has played an important role in advancing Western Civilization. 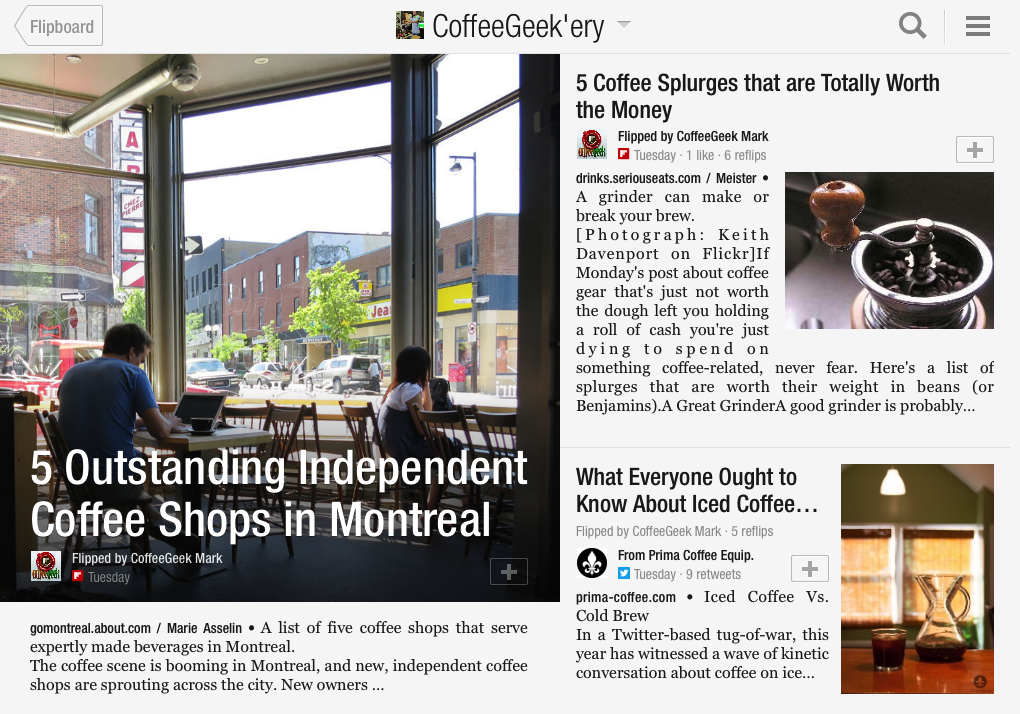 We gave Mark a call to learn more about the inspiration behind his terrific Flipboard magazine.

Let’s start with the tough questions. Drip? French press? Espresso?
For me, espresso is the epitome of coffee. I like it not just because of it’s more concentrated taste, but because of the way it’s made. Brewing espresso is a relatively new technique in the overall history of coffee — it’s only been around for about 100 years. Modern espresso as we know it — with a little crema on top — was only invented after World War II. Because espresso is so young, our understanding of how to prepare it is still developing rapidly.

How did you develop your expertise about coffee?
My background is actually in history and anthropology, and I’ve always been fascinated by how much coffee has changed the course of Western Civilization. To put it simply: Over the course of about 50 years during the 17th century and early 18th centuries, you went from a situation where the average person drank beer morning, afternoon and evening, to drinking coffee in the morning and midday instead. All of a sudden, the populace in Western Europe was no longer drunk throughout the day, and coffee provided an impetus for a lot of the changes that swept through the politics and culture of Western Europe at the time.

I started my coffee website, CoffeeGeek.com, in 2001. The site took off almost immediately, so we knew we’d really addressed a need.

What’s the difference between coffee appreciation and coffee geekery?
I love exploring the finer aspects of brewing and getting the most out of the coffee itself. There are many elements of coffee that have to combine to make a great cup: The farmer and how the coffee is grown and picked, the method used to process of the coffee cherries, the roaster’s ability to represent the coffee’s flavor, and the final preparation. If any of those elements are off, the coffee isn’t going to taste as good.

How have you translated your passion for coffee into a Flipboard magazine?
My mission is to get people to think about coffee as something that’s culinary or artisanal — something that deserves the kind of reverence we give to things like whiskey, wine, or craft beer. Flipboard is just another tool I’m using to preach the gospel of good coffee!

Any advice, then, on how you’ve made your Flipboard magazine successful?
There are plenty of popular blogs about coffee out there, and they do a great job of covering various aspects of the subject. For my magazine, I focus on the more obscure articles and online resources about coffee, particularly those from outside the U.S. and Canada. Of course I post when a cool product shows up, but I always try to find original content that my readers just won’t find anywhere else.