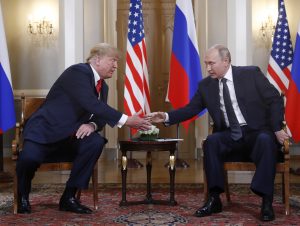 The presidents of the United States and Russia met one-on-one at a summit in Helsinki, Finland, amidst global concern over Russian interference in elections across the world, as well as their military activity in Syria, Ukraine and the Crimea. However, President Donald Trump defended Russian President Vladimir Putin, stating that both countries are to blame for strained relations, and challenging the U.S. intelligence community’s assessment that Russia interfered in the 2016 election. Following bipartisan outcry, Trump later stated he “accepts” the intelligence community’s conclusion.

Meanwhile, 29-year-old Russian national Maria Butina faces charges of spying on behalf of Russia and attempting to influence U.S. elections via relationships with politicians and leaders in the National Rifle Association.

In a major development, Israel passed a controversial law declaring itself as the “nation-state of the Jewish people,” with Jerusalem as its capital, and Hebrew as the official language. It also downgraded Arabic to a “special status.”

In tech and business news, Google was hit with a record-setting $5.1 billion fine by the European Union for violating antitrust laws — a move that also led to President Trump accusing the EU of unfair trade practices. Google, Facebook, and Twitter were also in the hot seat with the U.S. Congress over whether they censor political content on social media.

Comcast blinked first in the bidding war with Disney for 21st Century Fox assets. They dropped their offer, announcing their intent to focus on attempting to acquire British broadcaster Sky — which Disney is also in the ring for.

Nine months after the tragic shooting in Las Vegas that killed 58 and injured hundreds more, MGM Resorts filed a lawsuit against the victims — a preemptive legal maneuver to prevent liability, but a move that sparked public outrage.

Top line: “US President Donald Trump began his swing through Europe by insulting Germany, one of the top US allies, and threatening the fabric of the NATO alliance. Next, he criticized the United Kingdom’s prime minister, nearly sending her already-vulnerable government teetering over the brink. So it almost made sense that Trump would cap off his European swing by making nice with Russian President Vladimir Putin and challenging the US intelligence community’s assessment that Russia interfered in the 2016 election. Trump’s comments came during a news conference in which a US reporter asked Trump whether he would denounce Russian interference and warn Putin “never to do it again.” The US President, who had just spent about two hours alone with Putin, did anything but.” 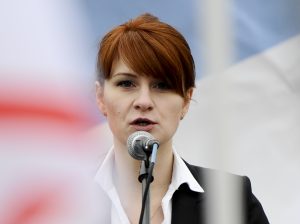 In this photo taken on Sunday, April 21, 2013, Maria Butina, leader of a pro-gun organization in Russia, speaks to a crowd during a rally in support of legalizing the possession of handguns in Moscow, Russia. Butina, a 29-year-old gun-rights activist, served as a covert Russian agent while living in Washington, gathering intelligence on American officials and political organizations and working to establish back-channel lines of communications for the Kremlin, federal prosecutors charged Monday, July 16, 2018. (AP Photo)

2. Maria Butina, explained: the accused Russian spy who tried to sway US politics through the NRA – Vox, Andrew Prokop

Top line: “It’s long been known that Butina and Russian central bank official Alexander Torshin have spent years cozying up to the NRA. For instance, they’ve hosted NRA bigwigs in Moscow, and Butina was a conspicuous fixture on the conservative conference circuit. Now, the government alleges that Butina was carrying out a plan to influence American politics on behalf of a Russian government official (Torshin). The plan, they say, was to try to influence the Republican Party to be friendlier to Russia, by way of the NRA. But Butina didn’t inform the US government she was acting as a foreign agent on American soil, which would be illegal.”

Top line: “Israel’s parliament has passed a controversial law characterising the country as principally a Jewish state, fuelling anger among its Arab minority. The “nation state” law says Jews have a unique right to national self-determination there and puts Hebrew above Arabic as the official language. Arab MPs reacted furiously in parliament, with one waving a black flag and others ripping up the bill. Israel’s prime minister praised the bill’s passage as a “defining moment”.” 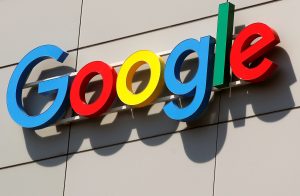 Top line: “The European Commission fined Google $5 billion Wednesday for imposing illegal restrictions on Android device manufacturers and network operators, including requiring them to pre-install Google apps to their phones. The commission said the tech giant violated antitrust laws with practices that limit consumer choice and “cemented its dominant position” as a search engine. This limits consumer choice and “makes it more difficult for rivals to present more things to us as consumers,” European Commissioner for Competition Margrethe Vestager told the NewsHour. It’s the largest fine the group has issued for an antitrust violation.” 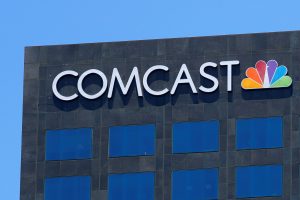 Top line: “Comcast Corp. will no longer seek to compete with Walt Disney Co.’s for a swath of 21st Century Fox Inc.’s entertainment assets, choosing to focus instead on winning control of the British pay-TV service Sky Plc. Following a bidding war with Disney, Comcast concluded that the price for the Fox assets was too high, according to a person familiar with the matter who asked not to be identified because the decision process was private. Another hurdle was the regulatory requirement to divest Fox’s regional sports networks as part of any deal, the person said. Disney can now go ahead with its offer of $71.3 billion for Fox’s properties, which include a 39 percent stake in Sky. Comcast has offered about $34 billion for the U.K. pay-TV provider, including Fox’s stake, though it’s unclear if Disney will be willing to part with it.”

Top line: “Goldman Sachs on Tuesday named David M. Solomon as its next chief executive, putting a veteran investment banker in charge of a Wall Street giant that faces mounting challenges. Mr. Solomon’s appointment will end the tenure of Lloyd C. Blankfein, the 63-year-old former gold salesman who has run the firm since 2006 and steered it through the financial crisis. Mr. Blankfein will hand over the chief executive role on Oct. 1 and remain chairman until the end of the year. Mr. Solomon, 56 and currently the bank’s president, will add the chairman title at the beginning of 2019.”

Top line: “Facebook, Google and Twitter offered Congress members an apology Tuesday but wanted lawmakers to understand it’s not all their fault. The House Judiciary Committee held its second hearing on the content filtering practices of tech giants like Facebook, Twitter and Google, looking to learn how social media blocks content and if there’s any political bias involved. The tech giants testifying walk a thin line when it comes to content moderation. They’ve all discussed a societal responsibility that involves pushing back against disinformation, hate speech and terrorist content, but they’ve run into trouble with what they choose to take action against.”

Top line: “On Tuesday, MGM Resorts filed a series of preemptive federal complaints against the more than 1,000 people who were present at the Route 91 Harvest Festival during last October’s mass shooting in the hopes of insulating itself from being held liable for the deaths, injuries, or damages. And people are not happy about it. Countless individuals have taken to social media in the days since, urging a boycott of the chain.”

Top line: “Six goals, pitch invaders, controversial decisions and excitable world leaders: the final of one of the most open and exciting World Cup tournaments in years didn’t disappoint.

France beat Croatia 4-2 to take their second trophy 20 years after they won their first, when the team’s current manager, Didier Deschamps, captained the side. It wasn’t just the soccer that caught the eye, though. Here are some of the highlights from the final of what some (including the U.S. President) are calling the best World Cup ever.”

Top line: “Another major is in the books. This Wimbledon saw Novak Djokovic return to glory after a two-year barren stretch, Angelique Kerber secure a Hall of Fame-clinching victory and yet another instance of injuries plaguing tennis on its biggest stage. Here are 50 parting thoughts from Wimbledon 2018.”

~HeatherC is reading about Summer Health by TIME