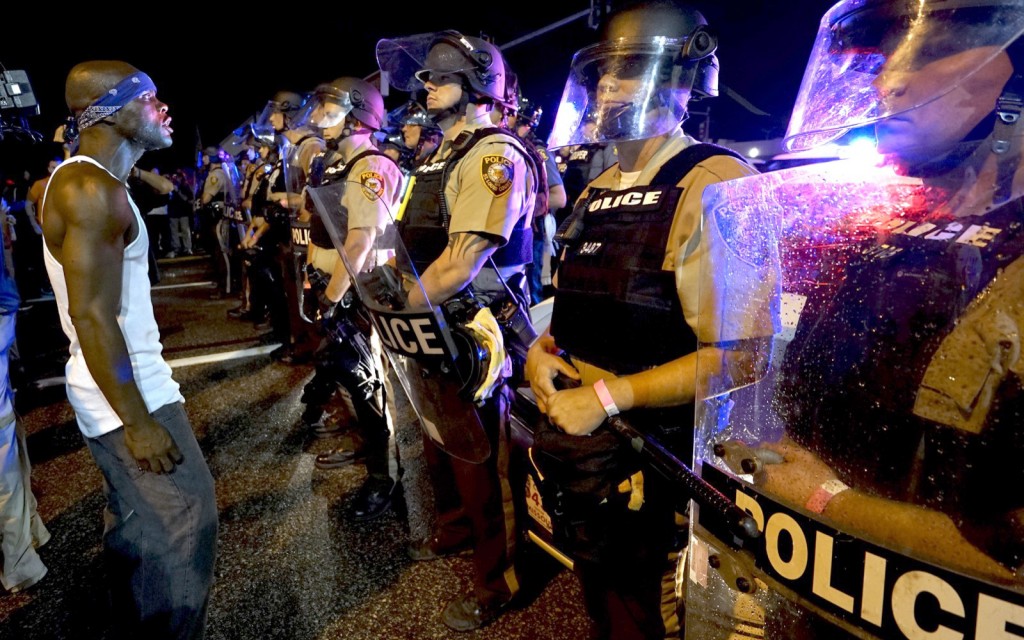 After a week of difficult news stories, historic events and interesting developments in the tech and science worlds, here are the articles that covered it all in The Daily Edition.

Top line: The three Marines didn’t realize that flag would be the last to fly over the U.S. Embassy in Havana for 54 years. But after a historic thaw in U.S.-Cuba relations this summer, they returned to Havana for the reopening of the U.S. diplomatic post Friday.”

Top line: The burned-out husk of a fire engine sits amid a field of rubble, its windows blown out, hoses and candy apple-red helmets scattered across the charred earth. The haunting image, captured on video, went viral on China’s social media networks after massive explosions Wednesday that killed at least 85 people and hospitalized hundreds in the northeastern Chinese city of Tianjin.”

Top line: “Pichai grew up in Chennai, a southern Indian city of 4 million where his mother worked as a stenographer before she had children and his father, an electrical engineer, managed a components factory for a British conglomerate. The family lived in a two-room apartment where Sundar and his younger brother slept in the living room. The Pichais didn’t own a car and they got their first telephone when Sundar was 12 years old. A top student, he studied engineering at the well-regarded Indian Institute of Technology and then went to Stanford on scholarship.

Top line: “Even before a fresh wave of unrest engulfed suburban Ferguson this week, violence was on the rise in metropolitan St. Louis. Homicides have spiked by nearly 50 percent in the first half of this year, compared with 2014, and no one is quite sure why or what to do about it.”

Top line: “A total of 5,270 Yazidis were abducted last year, and at least 3,144 are still being held, according to community leaders. To handle them, the Islamic State has developed a detailed bureaucracy of sex slavery, including sales contracts notarized by the ISIS-run Islamic courts. And the practice has become an established recruiting tool to lure men from deeply conservative Muslim societies, where casual sex is taboo and dating is forbidden.”

Top line: “Nicholas Reeves, a British archaeologist at the University of Arizona believes he has found her resting place hidden in plain sight — in the tomb of Tutankhamun. The bold new theory comes after extensive analysis of high resolution images published online last year by Factum Arte, a Madrid-based art restoration specialist who helped create a facsimile of King Tut’s burial chamber in Luxor. In the scans, Reeves spotted cracks in the walls that could indicate two previously unrecognized “ghost” doorways lay behind.”

Top line: “…political operatives from both parties praise [Reince] Priebus—who, in his third, two-year term already is the longest-serving GOP chairman in modern times—for making the most of the situation he inherited, one in which the party’s demographic and political strengths in winning congressional elections in the off-years work against it in national presidential elections.”

Top line: “In the realm of narrative psychology, a person’s life story is not a Wikipedia biography of the facts and events of a life, but rather the way a person integrates those facts and events internally—picks them apart and weaves them back together to make meaning. This narrative becomes a form of identity, in which the things someone chooses to include in the story, and the way she tells it, can both reflect and shape who she is.  A life story doesn’t just say what happened, it says why it was important, what it means for who the person is, for who they’ll become, and for what happens next.”

Top line: “We know that our universe has already lived through great number of exciting phases. But new research released overnight shows the universe has long passed its peak and is slowly but surely dying.”

10. The 2015 Friendliest and Unfriendliest Cities in the U.S. – Conde Nast Traveler, CNT Editors

Top line: “Jumping right in at the no. 1 spot this year, Park City seems to be having a moment. Readers call it ‘a great place that brings city life to outdoor enthusiasts, film geeks, and families.’ A ‘beautiful small town with a big presence,’ it’s blessed with ‘hip culture, a party atmosphere, and tons of history.’ Even at the height of winter ski season or the Sundance Film Festival in January, ‘the locals were extremely friendly and welcoming.'”

~GabyS is reading “An Opening in Cuba“