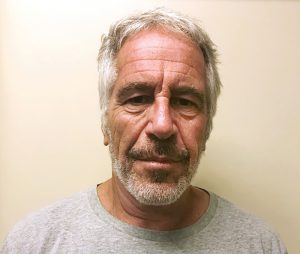 Accused child sex offender and trafficker Jeffrey Epstein’s death was ruled a suicide by hanging following an autopsy by the New York City chief medical examiner. The discovery of his body in his jail cell last week sparked an ongoing Justice Department investigation into lapses in jail security, as well as civil lawsuits by some of his alleged victims.

In business news, CBS and Viacom agreed on terms for a merger, and both WeWork and Cloudflare filed for IPOs.

Trump also moved to delay implementation of his latest round of tariffs on China until December 15, after the holiday shopping season, but Chinese officials expressed dissatisfaction with the direction of trade talks.

On the world stage, ongoing protests in Hong Kong escalated to a temporary shutdown of the airport and violent clashes with police, tensions in Kashmir continued, and Israel barred two U.S. congresswomen from entering the country on a planned diplomatic visit next week before reversing course for one of them, Michigan Rep. Rashida Tlaib, if she followed a set of conditions which she then rejected.

And Hollywood icon Peter Fonda passed away at the age of 79.

Top line: “New York City’s medical examiner ruled Jeffrey Epstein’s death a suicide Friday, confirming after nearly a week of speculation that the financier hanged himself in his jail cell. Epstein, 66, was found dead in his cell at the Metropolitan Correctional Center in New York City on Aug. 10, touching off outrage and disbelief over how such a high-profile prisoner, known for socializing with powerful people including presidents Donald Trump and Bill Clinton, could have gone unwatched. Chief Medical Examiner Dr. Barbara Sampson said in a statement that she made the suicide determination “after careful review of all investigative information, including complete autopsy findings.””

Top line: “Former Colorado Gov. John Hickenlooper announced Thursday that he ended his run for the 2020 presidential nomination and is giving “serious thought” to running for the U.S. Senate in his home state. Hickenlooper had struggled to meet the donor and polling thresholds set by the Democratic National Committee to qualify for the debate in September in Houston and was unlikely to make the stage. Democratic party leaders, including Senate Minority Leader Charles Schumer, pushed for him to take a shot at unseating Colorado Sen. Cory Gardner, one the GOP’s vulnerable incumbents up for reelection in 2020. After months of resisting the Senate entreaties, Hickenlooper said he’s opening to the possibility.”

Top line: “The Trump administration issued a final rule Monday that allows federal officials to deny green cards to legal immigrants who have received certain public benefits or who are deemed likely to do so in the future. The “public charge” regulation — pushed by White House senior adviser Stephen Miller and other hard-line officials — is the latest part of President Donald Trump’s vast immigration crackdown. While Trump has railed against migrants arriving at the U.S.-Mexico border, the new regulation represents his most ambitious effort yet to restrict legal immigration as he gears up for his 2020 reelection campaign. The contentious policy is already triggering legal challenges, with one pro-immigrant group, the Los Angeles-based National Immigration Law Center, announcing that it will file suit. Both House and Senate Democrats criticized the measure after a draft version published in October.” 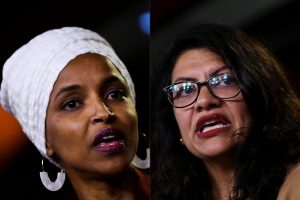 This combination of pictures created on August 15, 2019 shows Democrat US Representatives Ilhan Abdullahi Omar (L) and Rashida Tlaib during a press conference, to address remarks made by US President Donald Trump earlier in the day, at the US Capitol in Washington, DC on July 15, 2019. (Photos by Brendan Smialowski/AFP/Getty Images)

4. Rep. Tlaib says she will not go to Israel after the country initially rejected her request for a visit, then reversed course – The Washington Post, Ruth Eglash, James McAuley, John Wagner

Top line: “Rep. Rashida Tlaib (D-Mich.) said Friday that she would not travel to Israel under “oppressive conditions” to see her 90-year-old grandmother after the Israeli government reversed course and said it would allow her to make the trip. After initially banning her and Rep. Ilhan Omar (D-Minn.) from entering the country, Israel relented earlier Friday in response to a request from Tlaib to see her grandmother, who lives in the occupied West Bank, during a four-day trip planned for next week. Hours later, Tlaib said she had decided not to travel to Israel under conditions that would have included a pledge in writing not to “promote boycotts against Israel” while there. In a statement, Tlaib said the Israeli government had taken advantage of her personal situation.” 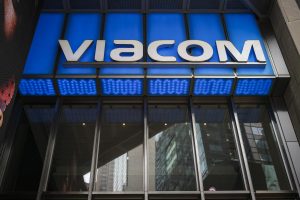 NEW YORK, NY – AUGUST 13: Signage for Viacom stands outside their headquarters in Times Square on August 13, 2019 in New York City. Following years of on-and-off talks and negotiations, CBS and Viacom have agreed to merge. The new company will be called ViacomCBS, and Viacom CEO Bob Bakish will be the CEO of the new combined company. (Photo by Drew Angerer/Getty Images)

Top line: “CBS and Viacom have agreed to merge, ending years of on-and-off talks. The new company will be called ViacomCBS, and Viacom’s CEO, Bob Bakish, will be the CEO of the combined company. Joe Ianiello, who was serving as CBS CEO since last year, will be the chairman of CBS and will be in charge of CBS assets after the merger. A merger will add movie studio Paramount Pictures, cable networks such as Comedy Central, MTV, Nickelodeon and BET, and other assets including the streaming service Pluto TV and South Park Studios to CBS, which owns the eponymous broadcast network, Showtime, and other assets. The added scale will help ViacomCBS compete with Netflix, Amazon and other legacy media companies on spending. ViacomCBS has spent more than $13 billion in the past 12 months, the companies said in a statement.”

Top line: “WeWork on Wednesday filed to raise $1 billion in an initial public offering, although the ultimate offering amount is expected to be at least three times larger. My thought bubble: There is a ton of investor skepticism over WeWork’s business model, with expectations that it could receive Tesla-like treatment from public shorts. That’s one reason why the company plans to increase its cash cushion by securing a $6 billion credit facility in conjunction with the IPO. No exchange was listed, although the company’s ticker symbol will be “WE.” It also plans to have three classes of stock. The financials: $904 million net loss on around $1.5 billion in revenue for the first half of 2019.”

Top line: “After much speculation and no small amount of controversy, Cloudflare, one of the companies that ensures that websites run smoothly on the internet, has filed for its initial public offering. The company, which made its debut on TechCrunch’s Battlefield stage back in 2010, has put a placeholder value of the offering at $100 million, but it will likely be worth billions when it finally trades on the market. Recently the company has been at the center of political debates around some of the customers and company it keeps, including social media networks like 8chan and racist media companies like the Daily Stormer. Indeed, the company went so far as to cite 8chan as a risk factor in its public offering documents.”

Top line: “The Trump administration on Monday announced that it would change the way the Endangered Species Act is applied, significantly weakening the nation’s bedrock conservation law and making it harder to protect wildlife from the multiple threats posed by climate change. The new rules would make it easier to remove a species from the endangered list and weaken protections for threatened species, the classification one step below endangered. And, for the first time, regulators would be allowed to conduct economic assessments — for instance, estimating lost revenue from a prohibition on logging in a critical habitat — when deciding whether a species warrants protection. Critically, the changes would also make it more difficult for regulators to factor in the effects of climate change on wildlife when making those decisions because those threats tend to be decades away, not immediate. Over all, the revised rules appear very likely to clear the way for new mining, oil and gas drilling, and development in areas where protected species live.”

Top line: “China called looming U.S. tariffs a violation of accords reached by Presidents Donald Trump and Xi Jinping, vowing retaliation as Beijing also pushed back on Trump’s effort to link the trade war with the turmoil in Hong Kong. Trump on Thursday said he had a call coming soon with Xi. The plans for 10% tariffs on an additional $300 billion in Chinese imports have taken the U.S. and China off the track of resolving their dispute through negotiation, the State Council Tariff Committee, which has overseen tit-for-tat retaliation, said in a short statement on Thursday. China “has no choice but to take necessary measures to retaliate,” it said, without specifying what the nation would do. Trump announced the tariffs set for Sept. 1 and Dec. 15. China has halted purchases of agricultural goods and allowed the yuan to weaken. Still, top negotiators held a phone call earlier this week and the U.S. delayed the imposition of some of the new import taxes.” 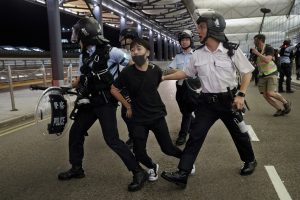 Top line: “Hong Kong is facing a major political crisis as it heads into a 10th week of mass demonstrations. What started as a movement against a controversial law has expanded into something much bigger. Over the past few months, the protest has evolved from millions of protesters marching through the streets, to groups of yellow-hatted demonstrators storming into government headquarters, and now shutting down the city’s international airport. While the majority of protestors have been peaceful, frustration is building on all sides. Protestors are now demanding greater democracy and an inquiry into alleged police brutality during past demonstrations. Hong Kong’s billionaires are calling for order. And as unrest intensifies, Beijing’s tone is becoming increasingly heated. Here’s what you need to know.”