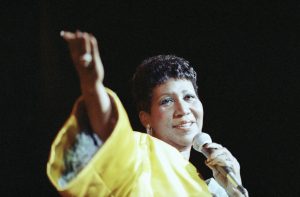 Music and cultural icon Aretha Franklin died at her home in Detroit after a battle with pancreatic cancer. She was 76 years old. Known as the “Queen of Soul,” Franklin’s words and actions made her a symbol of strength, women’s liberation and the civil rights movement to generations of people around the world.

Criticism of Trump also cost now former-FBI agent Peter Strzok his job. Strzok was fired amidst scrutiny over anti-Trump text messages he sent during the 2016 campaign season. Strzok served in the FBI for 22 years as one of their leading experts on Russian and Chinese espionage efforts.

The latest round of primary election races took place in Connecticut, Minnesota, Wisconsin and Vermont, and saw the Democratic Party notch wins for their preferred candidates, while pro-Trump Republicans emerged victorious. Nominees also made history, as with Christine Hallquist becoming the first openly transgender candidate to gain nomination from a major political party — in her case, for governor of Vermont.

Pope Francis weighed in on the sex abuse scandal roiling a Pennsylvania diocese, expressing his support for the thousands of victims and condemning the 300-plus “predator” priests accused.

Opioids were back in the news, but in the context of death penalty debate, as Nebraska not only completed its first execution since 1997, but used the synthetic opioid fentanyl to do so.

In other news, the feud between Trump and reality-TV-star-turned-White-House-aide Omarosa Manigault escalated as she released secretly recorded tapes of private conversations. Also, Paul Manafort’s trial winded down and the jury began deliberations, Florida declared a state of emergency over the spread of toxic red algae that kills marine life, and Italy faced tragedy and anger when a bridge collapsed in the city of Genoa, killing 39 people and injuring many others.

Top line: “It was a small moment that would reverberate for decades. On January 24th, 1967, Aretha Franklin was struggling to record “I Never Loved a Man (The Way I Love You),” her first project for Atlantic after several years recording more conventional material for Columbia. As Franklin would recall, something with the studio musicians wasn’t clicking until someone said, “Aretha, why don’t you sit down and play?” Taking a seat at the piano, Franklin quickly cut the smoldering track that would become her first No. 1 R&B hit. “It just happened,” she said. “We arrived, and we arrived very quickly.” And it never stopped. For more than five decades, Franklin was a singular presence in pop music, a symbol of strength, women’s liberation and the civil rights movement. Franklin, one of the greatest singers of all time, died Thursday of pancreatic cancer, according to her publicist, Gwendolyn Quinn.” 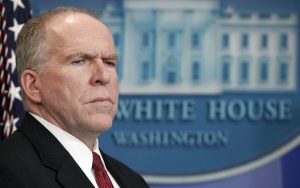 Top line: “President Donald Trump announced Wednesday he has revoked former CIA director John Brennan’s security clearance, marking an unprecedented use of a president’s authority over the classification system to strike back at one of his prominent critics. Brennan is the first former national security official to see his security clearance revoked since the White House announced last month that Trump was considering taking that action against several of his most vocal critics in the national security world.”

Top line: “The FBI has fired agent Peter Strzok, who helped lead the bureau’s investigation of Russian interference in the 2016 presidential election until officials discovered that he had been sending anti-Trump texts. Aitan Goelman, Strzok’s attorney, said FBI Deputy Director David L. Bowdich ordered the firing Friday, even though the director of the FBI office that usually handles employee discipline had decided that Strzok, 48, should face only a demotion and a 60-day suspension. Goelman said the move undercuts the FBI’s repeated assurances that Strzok would be afforded the normal disciplinary process.” 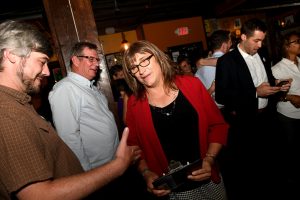 Top line: “Democrats saw their preferred candidates score big wins in key House districts in Minnesota and Wisconsin on Tuesday, setting up high-stakes general election battles against Republican opponents. In safe Democratic districts, progressives notched a surprise victory in Connecticut, which may further signal the growing strength of the party’s left wing. Here are some of our takeaways.”

5. Pope Francis on side of victims of ‘predator’ priests in US – BBC News

Top line: “Pope Francis is on the side of victims of more than 300 “predator” priests in the US accused of abusing children in one state, the Vatican says. In a statement, it said the Church wanted to listen to the victims to “root out this tragic horror”. This comes after US prosecutors found that more than 1,000 children had been molested by clergy in Pennsylvania. The US Conference of Catholic Bishop is now calling for an urgent investigation led by the Vatican. Cardinal Daniel DiNardo, the group’s president, called the scandal a “failure of episcopal leadership”. It comes days after the largest-ever probe of Catholic sex abuse in the US.”

Top line: “Nebraska has executed its first prisoner since 1997, after a federal three-judge panel denied a drug company’s request to halt the lethal injection over concerns about whether the drugs were obtained improperly by the state. Tuesday morning’s execution of Carey Dean Moore is also the first time the powerful synthetic opioid fentanyl had been used in a lethal injection in the U.S. Moore, who has been in prison since 1980 after he was convicted in the murders of two taxi drivers, did not put up a legal challenge to the execution protocol. He had seven other execution dates before this one.”

7. What’s Going on With the Omarosa Tapes? – The Cut, Sarah Nechamkin

Top line: “Omarosa Manigault Newman, the former Apprentice contestant who served as the director of communications for Trump’s Office of Public Liaison, has come back into the spotlight months after her dramatic firing in December. Her new tell-all book, Unhinged: An Insider’s Account of the Trump White House, came out on Tuesday, August 14, and Omarosa launched herself wholeheartedly on a press tour to promote it; this, predictably, has been a major headache for the White House. Here’s a guide to all the Omarosa drama of late.”

Top line: “Jurors in Paul Manafort’s bank- and tax-fraud trial ended their first day of deliberations without a verdict, but posed a set of questions to the judge overseeing the case that could indicate trouble for the prosecution. A note from the jury read aloud in court Thursday afternoon asked about the legal requirements behind four of the felony charges facing the former Trump campaign chairman: allegations that he failed to file reports on bank accounts located overseas. Jurors also asked U.S. District Court Judge T.S. Ellis III to provide clarification on what constitutes reasonable doubt. The queries could alarm special counsel Robert Mueller’s prosecutors because they suggest the jurors were not immediately convinced that the case against Manafort is a slam dunk. But it could also mean that jurors have not bought the defense’s central argument: that longtime Manafort deputy Rick Gates was the one actually responsible for Manafort’s alleged wrongdoing.”

Top line: “The Governor of Florida issued a state of emergency in response to this year’s excessive red tide, the toxic algae bloom spreading across the West Coast of the Sunshine State and leaving beaches covered with piles of dead marine wildlife. “Red tide” refers to the natural phenomenon of toxic algae blooms and resulting wildlife die-off that has occurred many times along Florida’s coasts. The first recorded instances was in the 1840s, according to the Florida Fish and Wildlife Commission. The blooms discolor the seawater and produce toxins that can sicken or kill fish, seabirds, turtles and marine mammals, such as manatees, according to the FWC. The animals can inhale the toxins through the air or become affected by consuming toxic prey. Piles of dead fish have been found along the West Coast of Florida.”

Top line: “As a second night descended on the site where part of the Morandi Bridge plunged some 45 meters (150 feet), Interior Minister Matteo Salvini declined to say how many people might still be buried in the debris where about 1,000 rescue workers searched for victims. The collapse occurred about midday Tuesday, the eve of Italy’s biggest summer holiday, when traffic was particularly busy on the 51-year-old span that links two highways — one leading to France, the other to Milan — from this northwestern port city.”

~HeatherC is reading about Cybersecurity by WIRED