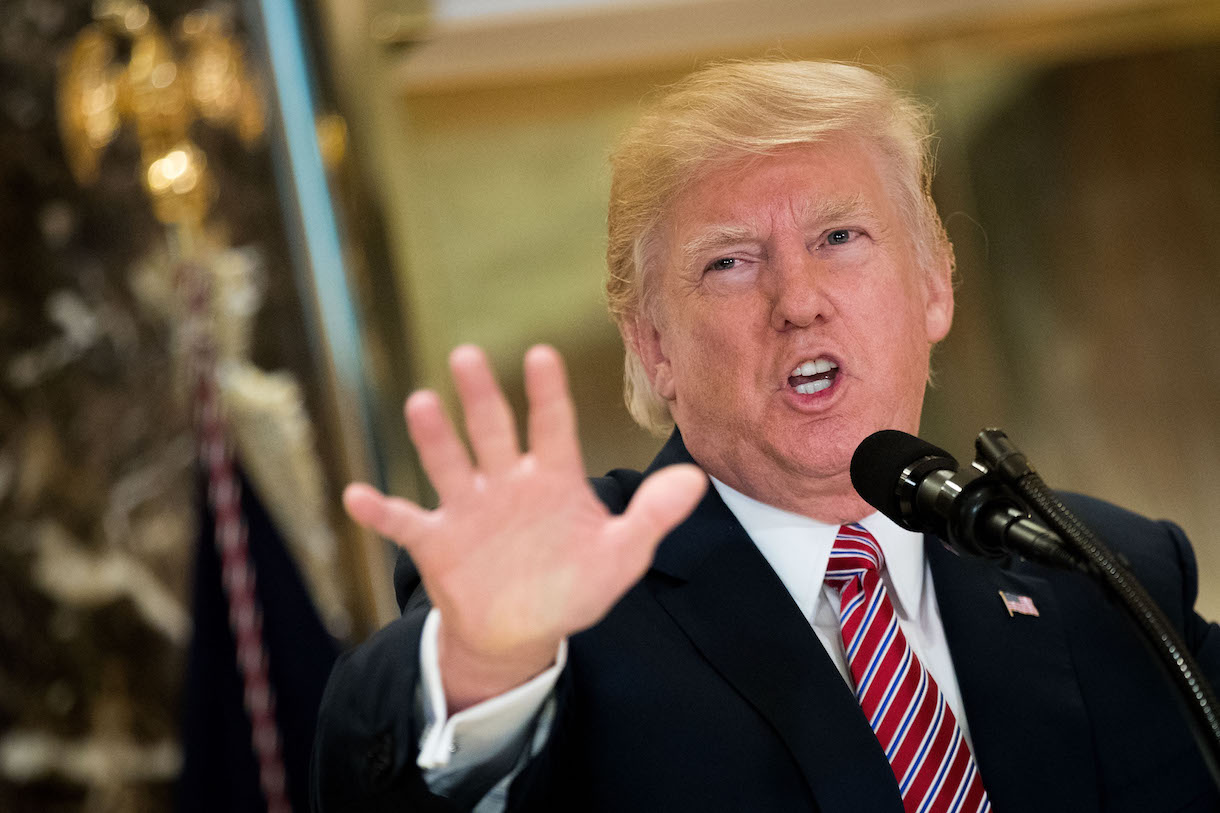 US President Donald Trump speaks following a meeting on infrastructure at Trump Tower, August 15, 2017 in New York City. He fielded questions from reporters about his comments on the events in Charlottesville, Virginia and white supremacists. (Photo by Drew Angerer/Getty Images)

Protests turned deadly in Charlottesville, Virginia last week, as white supremacists clashed with anti-fascists at a rally on Saturday. Protester Heather Heyer died and 19 were injured when a car driven by a far-right demonstrator ploughed into the opposition crowd.

The rally, organized to protest against the removal of a statue of Confederate general Robert E Lee, raised already heightened tensions following a far-right march on the University of Virginia campus in Charlottesville on Friday night.

As the nation reeled, President Donald Trump faced criticism for his response to the tragedy. The tumultuous week for the president ended with the removal of his chief strategist Stephen Bannon, who was constantly under fire during his time on Trump’s campaign and then in the White House.

In Europe, two cities were hit by terror attacks. Thirteen people died in Barcelona, Spain when an attacker drove a van into a crowd of people Thursday. Another victim died Friday during a second vehicle attack in the seaside resort of Cambrils. And a fatal knife attack in Finland left two people dead and eight others injured.

1.  Charlottesville Faces Its Own Past After Rally Turns Deadly—NBC News, Marianna Sotomayor and Daniella Silva

Top line: “Saturday’s gathering marked the fourth time since May that white nationalists have gathered to protest Charlottesville’s decision to remove the statue of Confederate Gen. Robert E. Lee and to rename parks dedicated to Confederate leaders. The statue’s location in what is now called Emancipation Park — formerly known as Lee Park — has become a meeting place for the members of the ‘alt-right,’ a part of the conservative movement that mixes racism, white nationalism and populism.”

Top line: “In the wake of the violent public clashes in Charlottesville on Saturday, mayors, governors and other civic leaders are taking steps that even a week ago might not have seemed necessary. But they also are facing uncertain challenges, not knowing whether the white nationalist movement will attract a larger following or where the most turbulent demonstrations may occur.”

Top line: “A statement on Sunday — issued more than 36 hours after the protests began — condemned ‘white supremacists’ for the violence that led to one death. It came in an email sent to reporters in the president’s traveling press pool, and was attributed to an unnamed representative.” 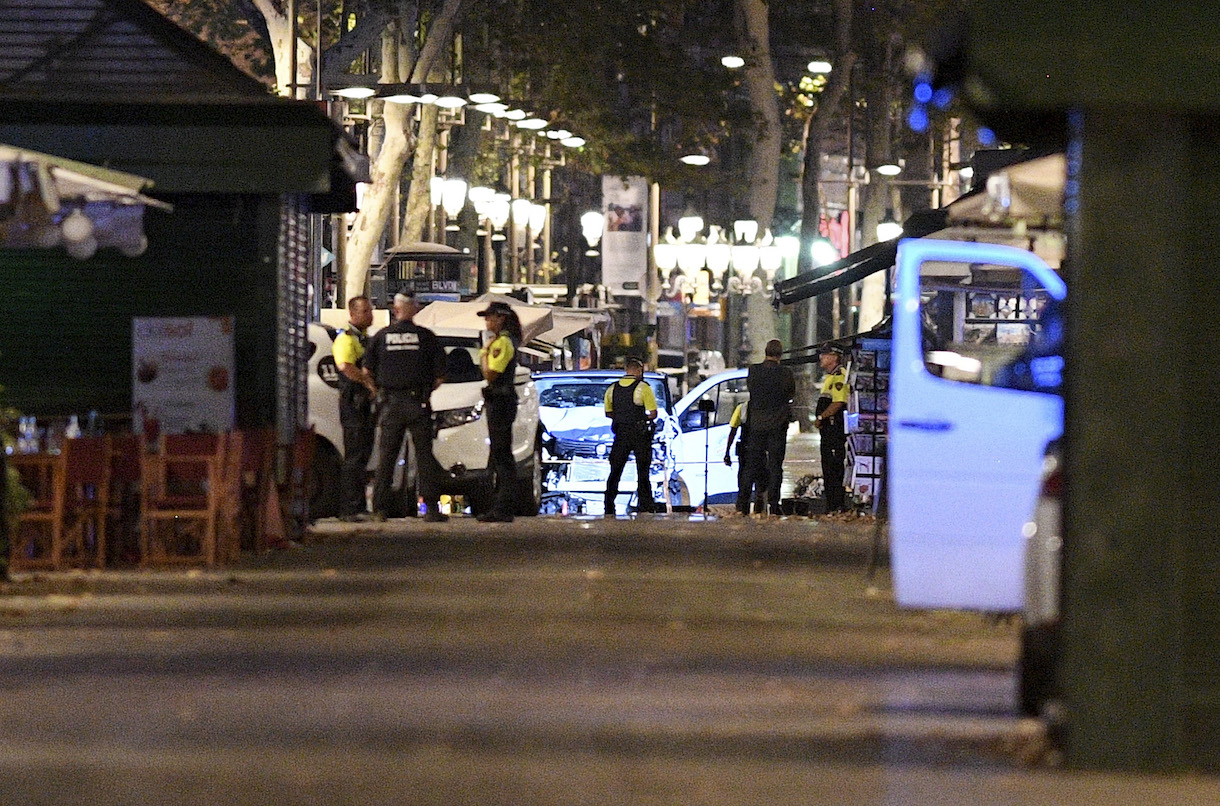 Top line: “Catalan investigators on Saturday raided the house of an imam in the town of Ripoll they believe may have overseen the cell which killed 14 people in twin terrorist attacks in Barcelona and the seaside resort of Cambrils.”

Top line: “Steve Bannon, the blunt-spoken and divisive strategist who went from Donald Trump’s victorious campaign to a top White House post, has been pushed out by the president, capping a turbulent seven months that witnessed the departure of much of Trump’s original senior staff.”

Top line: “An 18-year-old Moroccan man suspected of carrying out Friday’s deadly knife attack in Finland appeared to have targeted women as his victims, police have said. Officers are treating the attack in Turku, in which two people were killed and eight injured, as a terrorist act.”

Top line: “Suspected Islamic extremists opened fire at a Turkish restaurant in the capital of Burkina Faso late Sunday, killing 18 people in the second such attack on a restaurant popular with foreigners in the last two years.”

10. ‘This Is Just The Beginning Of Heather’s Legacy’: Mourning And A Call To Action—NPR, Camila Domonoske

Top line: “At Heyer’s memorial on Wednesday, friends and family remembered her longstanding passion for equality (and argument). Her grandfather remembered her childhood energy, her cousins and coworkers praised her kindness and patience, and her mother celebrated Heather’s ‘spark of conviction.’”

~JessE is reading about the Edinburgh Festival