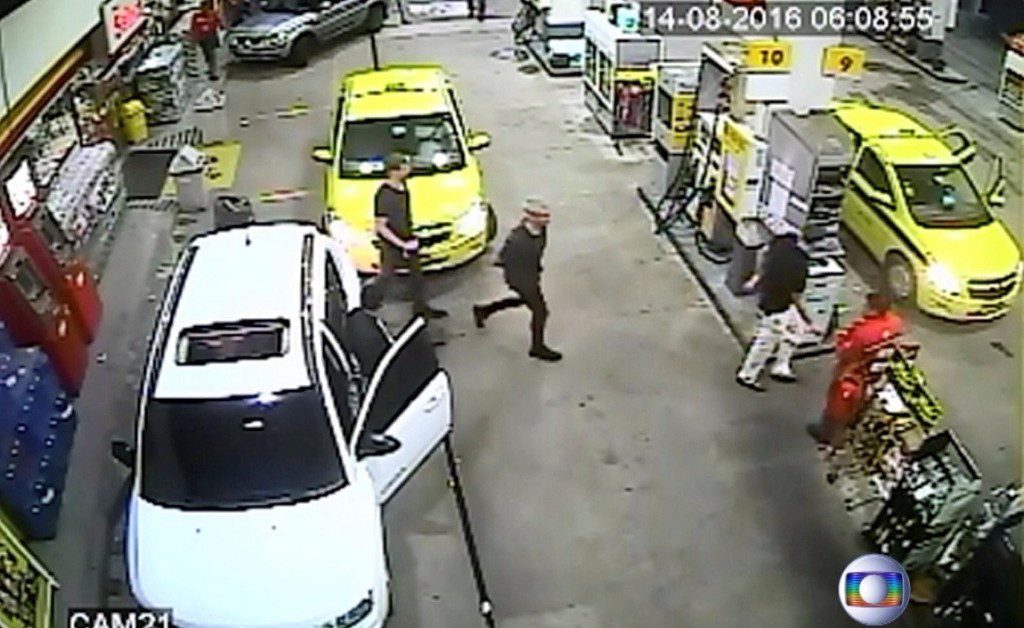 Security video shows three U.S. Olympic swimmers returning to their taxi at a gasoline station where they were accused by staff of having caused damage. Globo TV via Reuters

The controversy surrounding the alleged robbery of Ryan Lochte and other members of the U.S. men’s olympic swim team continued throughout the week in a back and forth between Olympian Lochte, Brazilian law enforcement and the Rio Olympics committee. The games also produced major wins for Usain Bolt and members of the U.S. women’s track and field team, among other highlights.

On U.S. soil, major personnel changes occurred in the Donald Trump campaign while natural disasters tragically hit areas of Louisiana and California. Read more about the biggest stories of the week, as they appeared in The Daily Edition.

Top line: “U.S. swimmer Ryan Lochte apologized for his behavior in Brazil on Friday, hoping to end a turbulent week that began with a night out in Rio and morphed into an international incident.”

2. Usain Bolt continued his winning streak, for the first time three American women swept in the women’s 100m hurdles and Gwen Jorgensen became the first American to win gold in the Olympic triathlon. Those were just some of the highlights from Rio this week. Follow our Summer Games coverage for a complete recap. 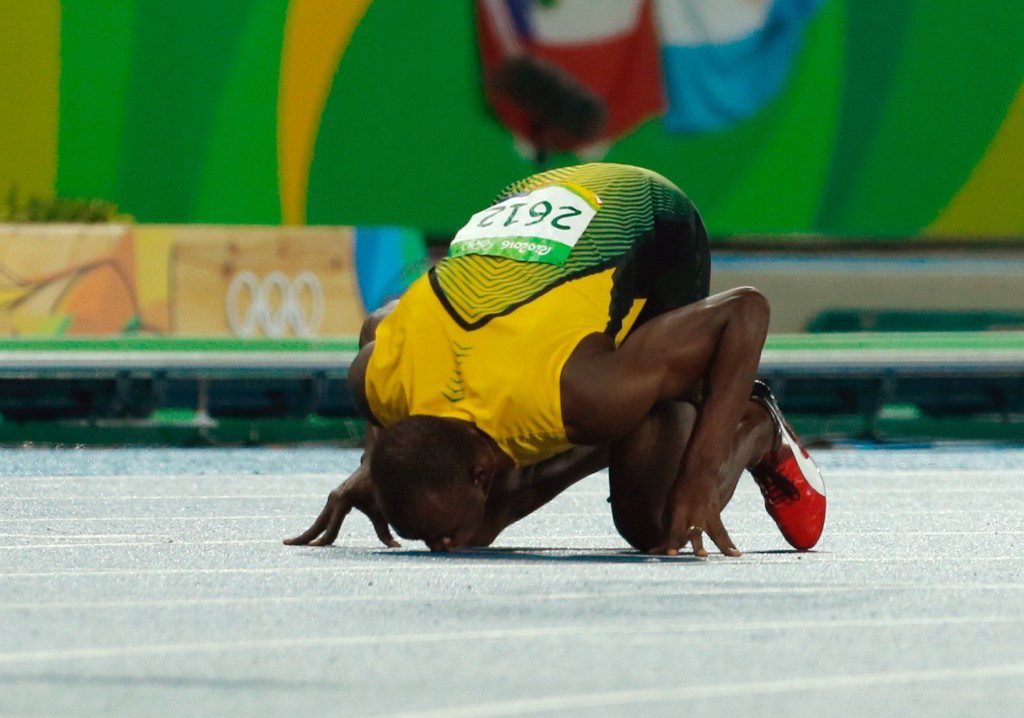 Top line: “Protests erupted Saturday night after the fatal police shooting of Sylville Smith, a 23-year-old black man, earlier that afternoon. Police said Smith was armed with a loaded handgun and was fleeing a traffic stop on foot when he was killed by a police officer who so far has only been identified as being 24-year-old and African-American.” 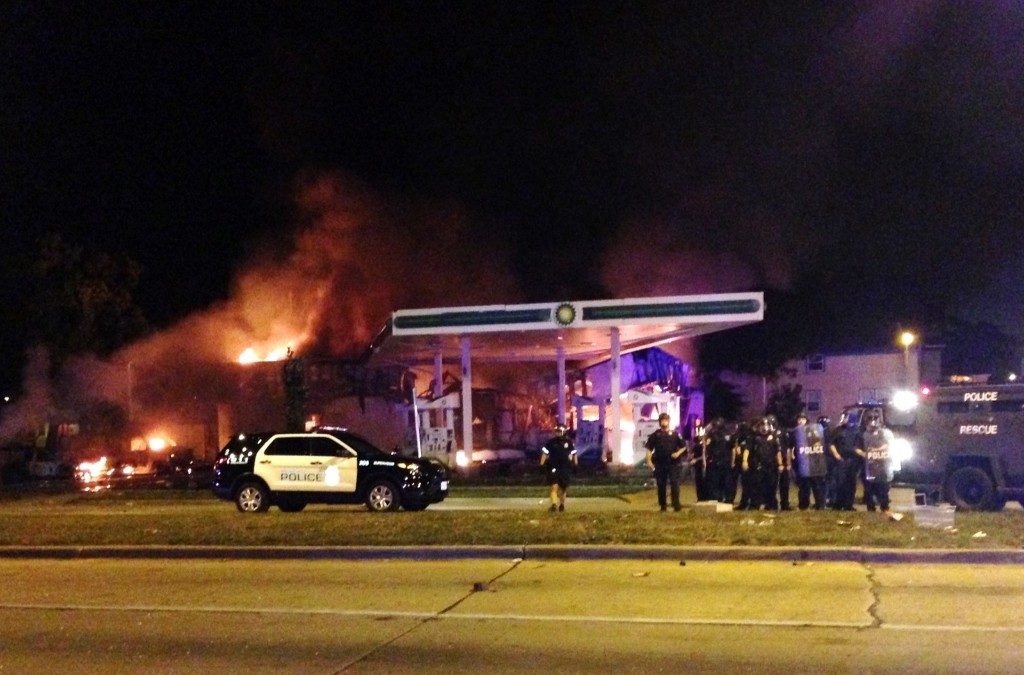 Authorities respond near a burning gas station as dozens of people protest, following the fatal shooting of a man in Milwaukee, Saturday. AP Photo/Gretchen Ehlke

4. Louisiana flooding is worst disaster since Sandy, but people aren’t talking about it—USA Today, Ashley May and Mary Bowerman 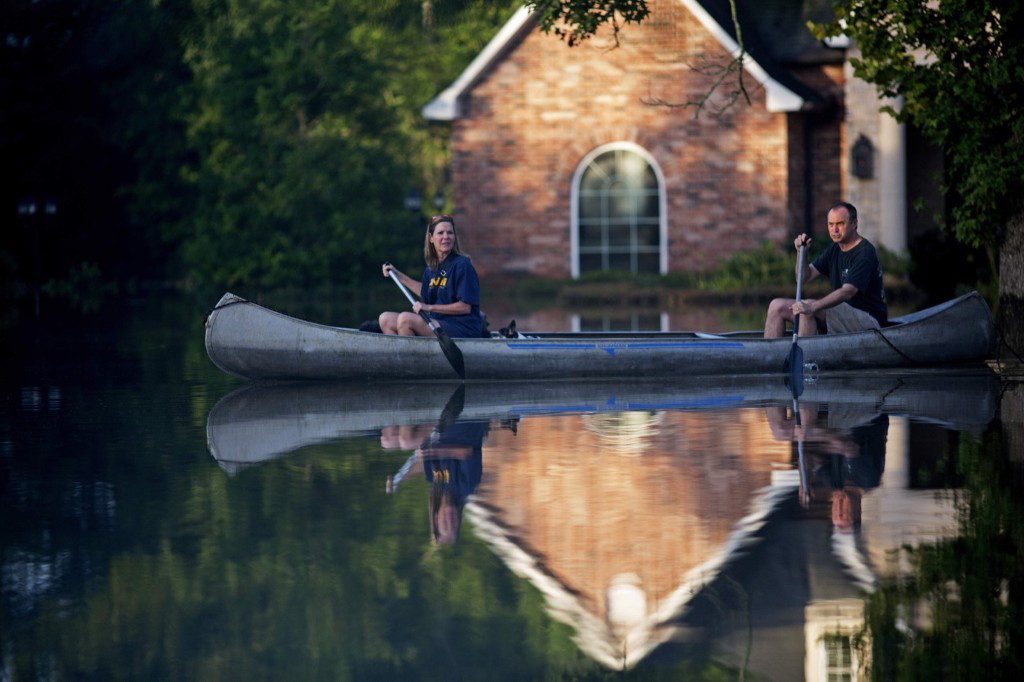 Danny and Alys Messenger canoe away from their flooded home after reviewing the damage in Prairieville, La. AP Photo/Max Becherer

Top line: “As of Saturday morning, the fire was 68 percent contained, the U.S. Forest Service said. More than 80,000 residents were told to evacuate earlier in the week because of the fast-moving blaze, which has destroyed 96 homes and 213 outbuildings.”

Top line: “Donald Trump’s campaign chairman Paul Manafort has resigned from his position on the campaign, the Republican presidential nominee said in a statement Friday…With just under three months to go until Election Day, Manafort’s departure reflects the shifting power centers on the Trump campaign: After consolidating influence and discarding with Trump’s campaign manager Corey Lewandowski, Manafort has now found himself on the outs after Trump elevated two different aides to senior positions on Tuesday: Breitbart News chief Steve Bannon as campaign CEO and Kellyanne Conway as campaign manager.”

Top line: “Florida Governor Rick Scott confirmed on Friday that there are five new cases of the Zika virus that are linked to local mosquitoes in the Miami Beach area.

‘We believe we have a new area where local transmission is occurring in Miami Beach,’ said Scott during a press conference. The new cases bring the total number of Zika cases from local mosquitoes in Florida to 36. Zikais also confirmed to be spreading among local mosquitoes in an area north of downtown Miami called Wynwood.”

Top line: “The State Department conceded for the first time on Thursday that it delayed making a $400 million payment to Iran for several hours in January ‘to retain maximum leverage’ and ensure that three American prisoners were released the same day.”

Top line: “In an interview with Bloomberg, CEO Travis Kalanick revealed that the company is preparing to add self-driving cars to its fleet of active drivers in Pittsburgh as soon as this month.

The company will deploy around 100 modified Volvo XC90s outfitted with self-driving equipment. Each vehicle will be staffed by one engineer, who can take the wheel as/when needed, and a co-pilot to observe and take notes. There will also be a “liquid-cooled” computer sitting in the trunk recording trip and map data.”

But over the last several months, a split of some kind between the company, its founder and its flagship site became inevitable: Gawker Media, under financial pressure from a $140 million legal judgment in an invasion-of-privacy lawsuit brought by Hulk Hogan, the former professional wrestler, also encountered a seemingly unbeatable adversary in the form of Peter Thiel, the billionaire Silicon Valley entrepreneur who was financing legal efforts against the company. Left with few options, Gawker Media filed for bankruptcy and put itself up for sale in June.”

~GabyS is reading the track and field topic