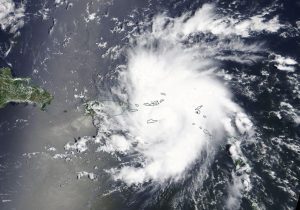 Tropical Storm Dorian grew into a hurricane with Category 3 force winds over the course of this week, giving Puerto Rico a near-miss on its way to slamming into Florida and the southeastern United States over Labor Day weekend.

Meanwhile, the Amazon rainforest continued to burn in Brazil, whose president, Jair Bolsonaro, refused an offer of $20 million in emergency aid from world leaders at the G7 Summit unless French President Emmanuel Macron apologized.

Across the pond in the United Kingdom, Prime Minister Boris Johnson’s move to suspend Parliament for five weeks—thus shortening the time legislators could debate and work on a Brexit deal—led to backlash and resignations from several prominent allies.

Also, the Environmental Protection Agency moved to eliminate regulations limiting methane gas emissions by private companies, Purdue Pharma continued negotiating a multi-billion dollar settlement to address thousands of opioid lawsuits after Johnson & Johnson was ordered to pay $572 million for their role in the epidemic, and Indonesia announced they will move their capital city away from Jakarta, which is sinking.

Top line: “Hurricane Dorian is now a Category 3 major storm and is still gathering strength as it moves toward Florida, where it could make landfall as soon as late Monday as a Category 4 hurricane. The storm’s new status means it’s considered a “major” hurricane on the Saffir-Simpson Wind Scale. At that strength — with sustained wind speeds between 111 and 129 mph — storms can cause “devastating damage” to homes and uproot many trees, says the National Hurricane Center. As a result of Dorian’s power, all of Florida has been placed under a state of emergency and authorities are urging residents to stockpile a week’s worth of food and supplies, with the governor warning that the storm could be a “multi-day” event.” 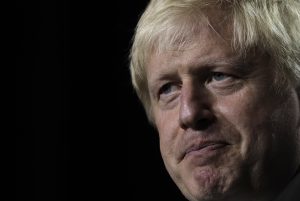 Top line: “The prime minister’s decision to suspend Parliament has prompted an angry backlash from MPs and opponents of a no-deal Brexit. It sparked protests across the country, a legal challenge and a petition with more than a million signatures. The government said the five-week suspension in September and October will still allow time to debate Brexit. Conservative peer Lord Young of Cookham has resigned from his role as government whip in the House of Lords in protest at suspension, known as prorogation. In his resignation letter, he said the timing and length of the suspension “risks undermining the fundamental role of Parliament at a critical time in our history”. Meanwhile, Ruth Davidson has also confirmed she is quitting as leader of the Scottish Conservatives after eight years in the job. In a statement she said “much had changed” both politically and personally during that time, which had led her to tender her resignation. Ms Davidson – who backed Remain in the 2016 EU referendum – added she had never sought to hide the “conflict” she felt over Brexit, and urged Mr Johnson to get a Brexit deal.” 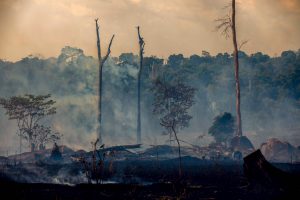 Top line: “Brazil said on Tuesday it was ready to accept foreign aid to help fight fires in the Amazon but only if it could determine how it was spent, in an apparent attempt to smooth over a public spat between the Brazilian and French presidents. The comments by presidential spokesman Rego Barros came after governors of states in the Brazilian Amazon told President Jair Bolsonaro that they needed the money to help fight the record wildfires in the world’s largest tropical rainforest. Earlier on Tuesday, Bolsonaro had said he would only consider accepting a $20 million offer of aid from the Group of Seven wealthy nations if French President Emmanuel Macron withdrew the “insults” against him. Bolsonaro and Macron have been embroiled in a deeply personal and public war of words in recent days.”

Top line: “The Trump administration laid out on Thursday a far-reaching plan to cut back on the regulation of methane emissions, a major contributor to climate change. The Environmental Protection Agency’s proposed rule aims to eliminate federal requirements that oil and gas companies install technology to detect and fix methane leaks from wells, pipelines and storage facilities. It would also reopen the question of whether the E.P.A. had the legal authority to regulate methane as a pollutant. The rollback plan is particularly notable because major energy companies have, in fact, spoken out against it — joining automakers, electric utilities and other industrial giants that have opposed other administration initiatives to dismantle climate-change and environmental rules.” 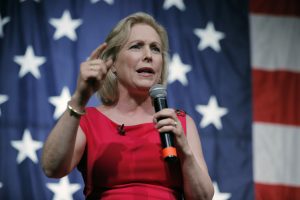 Top line: “Sen. Kirsten Gillibrand announced Wednesday that she’s ending her bid for the White House. Gillibrand becomes the fifth, and perhaps highest-profile, Democrat to end her candidacy as a once unwieldy field of candidates vying to take on President Trump begins to thin. The senator from New York announced the end of her campaign after she failed to meet the Democratic National Committee’s polling and donor qualification threshold to appear in next month’s debate in Houston. Gillibrand, 52, launched a presidential exploratory committee in January and formally announced her candidacy in March. She has served as the junior U.S. senator of New York since 2009. She served in the U.S. House from 2007 to 2009.”

Top line: “The Department of Justice will not prosecute former FBI director James Comey for leaking memos detailing his interactions with President Donald Trump. According an Office of the Inspector General report released Thursday, Comey violated DOJ and FBI policies, as well as the FBI’s employment agreement, by keeping copies of four of his memos in a personal safe and asking a law professor friend to make one memo public after Trump fired him in May 2017. The DOJ’s internal watchdog, which probed Comey’s handling of the sensitive documents, found that Comey’s friend leaked the contents of the memo to a reporter from The New York Times, but that it did not contain classified information. Comey shared all four memos with his private attorneys after his firing without alerting the FBI, the report said — another violation of policy — and one contained information classified at the Confidential level, which is the lowest level.”

Top line: “The Department of Homeland Security is moving $271 million from other agencies such as FEMA and the U.S. Coast Guard to increase the number of beds for detained immigrants and support its policy forcing asylum seekers to wait in Mexico while their cases play out. The news comes as hurricane season is ramping up and Tropical Storm Dorian is heading toward Puerto Rico. House Speaker Nancy Pelosi called the move “stunningly reckless.” The sprawling 240,000-person Homeland Security Department includes the Federal Emergency Management Agency, the Coast Guard and the new Cybersecurity and Infrastructure Security Agency in addition to immigration agencies. Homeland Security officials said in a statement Tuesday they would transfer $155 million to create temporary facilities along the U.S.-Mexico border for holding hearings with the aim of moving asylum cases through the system faster.”

8. Jakarta Is Crowded And Sinking, So Indonesia Is Moving Its Capital To Borneo – NPR, Bill Chappell

Top line: “Indonesian President Joko Widodo says his country will create a new capital city on the island of Borneo, revealing new details about his plan to move the central government out of Jakarta. The capital’s current location faces a number of problems, including the fact that it’s sinking. Widodo’s announcement Monday comes months after he said he wanted to move the capital, seeking a place that can offer a break from Jakarta’s environmental challenges as well as its relentlessly gridlocked traffic. While rising seawater levels from climate change are a widespread concern for island and coastal areas worldwide, experts say Jakarta has played a central role in its own predicament.”

Top line: “Drugmaker Purdue Pharma is negotiating a multibillion-dollar settlement with lawyers for local and state governments that would resolve about 2,000 lawsuits against the company, which would declare bankruptcy as part of the deal. The Sackler family, which owns the company, would relinquish control and contribute at least $3 billion in personal funds to the settlement, which could total as much as $12 billion, according to three people familiar with the talks, who spoke on the condition of anonymity because they were not authorized to discuss the negotiations. Details about the talks come a day after an Oklahoma judge found health-care giant Johnson & Johnson responsible for fueling the state’s opioid epidemic and ordered it to pay $572 million to help abate the crisis.”

Top line: “Former Uber Technologies Inc. engineer Anthony Levandowski was charged with stealing driverless-vehicle technology from Alphabet Inc.’s Waymo unit, resurrecting the intrigue of the biggest legal battle to grip Silicon Valley in recent memory. The 33-count indictment announced Tuesday by federal officials in San Jose, California, adds a new criminal chapter to the saga surrounding Waymo’s civil claims of trade-secret theft against Uber. Even after the companies abruptly settled the litigation in the middle of a high-stakes trial last year, questions remained about the mysterious engineer at the center of the turmoil.”