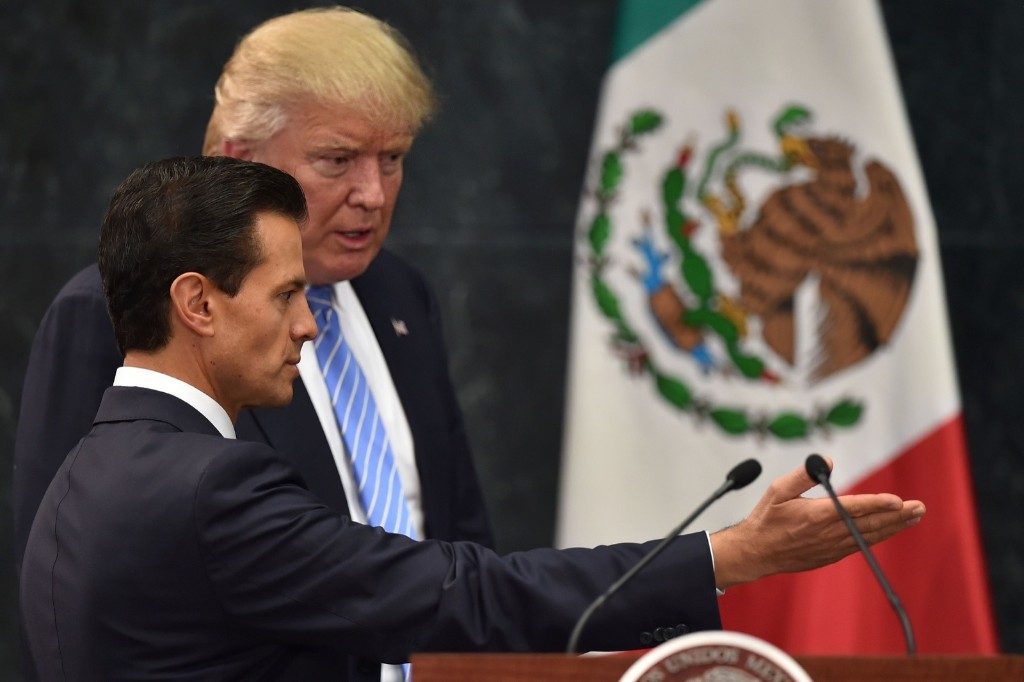 Both presidential candidates made waves this week—Donald Trump met with Mexico’s president and subsequently delivered an immigration speech and the F.B.I. released a new Hillary Clinton email report. Brazil’s Senate voted to impeach President Dilma Rousseff, a SpaceX rocket exploded on a launchpad in Cape Canaveral, Florida, the first U.S. commercial flight in five decades landed in Cuba and Apple was hit with a $14.5 billion tax bill from the EU.

Read more about these stories and the other biggest news events of the week, as they appeared in The Daily Edition.

Top line: “Donald Trump, who has made maligning illegal immigrants from Mexico a cornerstone of his presidential campaign, met with Mexican President Enrique Peña Nieto on Wednesday — striking a remarkably subdued and cooperative tone as he faced a world leader who forcefully opposes his signature proposals.

Yet just hours later in a major speech on immigration in Phoenix, the Republican presidential nominee had returned to the aggressive tenor that has defined much of his campaign. Repeatedly raising his voice to a yell, he said that ‘anyone who has entered the United States illegally is subject to deportation,’ and he vowed to crack down especially hard on illegal immigrants who have committed other crimes.”

Top line: “Hillary Clinton repeatedly told the FBI she couldn’t recall key details and events related to classified information procedures, according to notes the bureau released Friday of its July interview with the Democratic presidential nominee, along with a report on its investigation into her private email server.

Clinton told the FBI she ‘could not recall any briefing or training by State related to the retention of federal records or handling classified information,’ according to the bureau’s notes of their interview with Clinton. The documents indicate Clinton told investigators she either does not ‘recall’ or ‘remember’ at least 39 times — often in response to questions about process, potential training or the content of specific emails.”

Top line: “The Senate on Wednesday impeached Dilma Rousseff, Brazil’s first female president, and removed her from office for the rest of her term, the capstone of a power struggle that has consumed the nation for months and toppled one of the hemisphere’s most powerful political parties.” 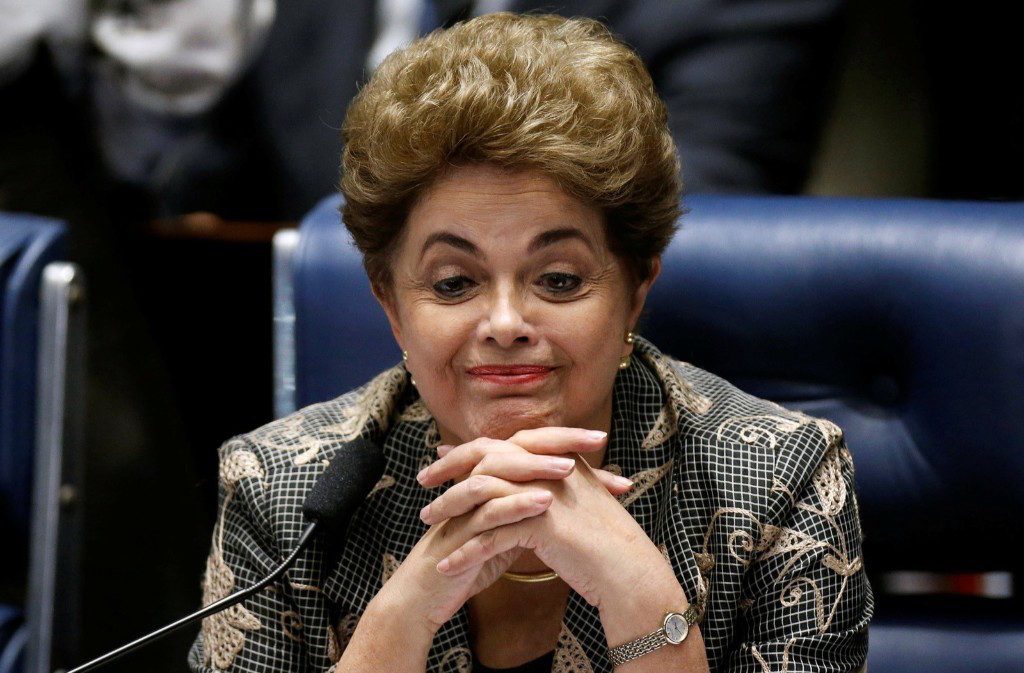 Top line: “A SpaceX rocket exploded on the launchpad this morning in Cape Canaveral, Florida, destroying the rocket and a communications satellite that had been set to help Facebook deliver internet service to parts of Sub-Saharan Africa…Multiple explosions rocked the test site at Space Launch Complex 40 at the Kennedy Space Center and sent billowing plumes of smoke into the atmosphere. The launch, which had been scheduled for Saturday morning, would have been the ninth for SpaceX this year.”

Top line: “The flight from Fort Lauderdale to this city in central Cuba on Wednesday morning took only 51 minutes, but it represented a major step in ending decades of isolation between communist Cuba and the United States.

JetBlue Flight 387 was the first regularly scheduled commercial flight between the Cold War foes in 55 years, the latest example of how the two countries are normalizing relations. Nine other U.S. airlines will soon follow with their own routes, which could balloon up to 110 flights per day from cities throughout the U.S. to Cuban cities.”

Top line: “Apple and other giant tech companies have long stashed cash overseas where they’ve paid less taxes on it, but the days of that happening could be numbered. Earlier this week, the EU said that Apple must pay back a whopping $14.5 billion plus interest because of an illegal tax deal between the company and Ireland. Unsurprisingly, Apple is appealing the ruling, and CEO Tim Cook is angry at the way the company’s actions have been characterized.” 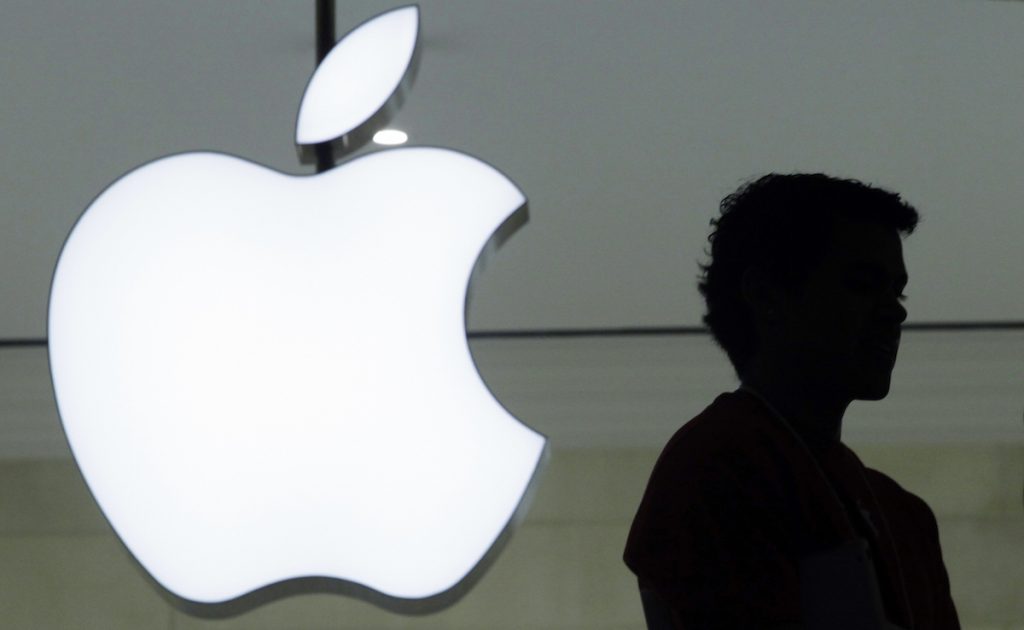 A person stands near the Apple logo at the company’s store in Grand Central Terminal, in New York. AP Photo/Mark Lennihan, File

Top line: “After accompanying Mrs. Clinton to fund-raisers, Ms. Abedin learned from her husband, Anthony D. Weiner, that The New York Post was about to report that he had again exchanged lewd messages with a woman on social media: the sort of behavior that destroyed his congressional career and 2013 mayoral campaign.

Only this time, the online indiscretions included an image of Mr. Weiner’s crotch as he lay next to the couple’s 4-year-old son.

Now, Mr. Weiner’s tawdry activities may have claimed his marriage — Ms. Abedin told him that she wanted to separate — and have cast another shadow on the adviser and confidante who has been by Mrs. Clinton’s side for the past two decades.”

Top line: “Mohammad al-Adnani, the official spokesman of ISIS and one of its most senior members, has died in Syria, the terror group said in a rare public statement.

His death marks the highest-profile killing yet of an ISIS member. A key deputy to ISIS leader Abu Bakr al-Baghdadi, he was the person floated to be his successor should anything happen to al-Baghdadi.”

Top line: “Storm system Hermine spun away from the U.S. East Coast on Sunday, removing the threat of heavy rain but maintaining enough power to keep beaches at risk for dangerous waves and currents — and off-limits to disappointed swimmers and surfers during the holiday weekend…Hermine (her-MEEN) already caused two deaths, damaged properties and left hundreds of thousands without electricity from Florida to Virginia. It spawned a tornado in North Carolina and closed beaches as far north as New York.” 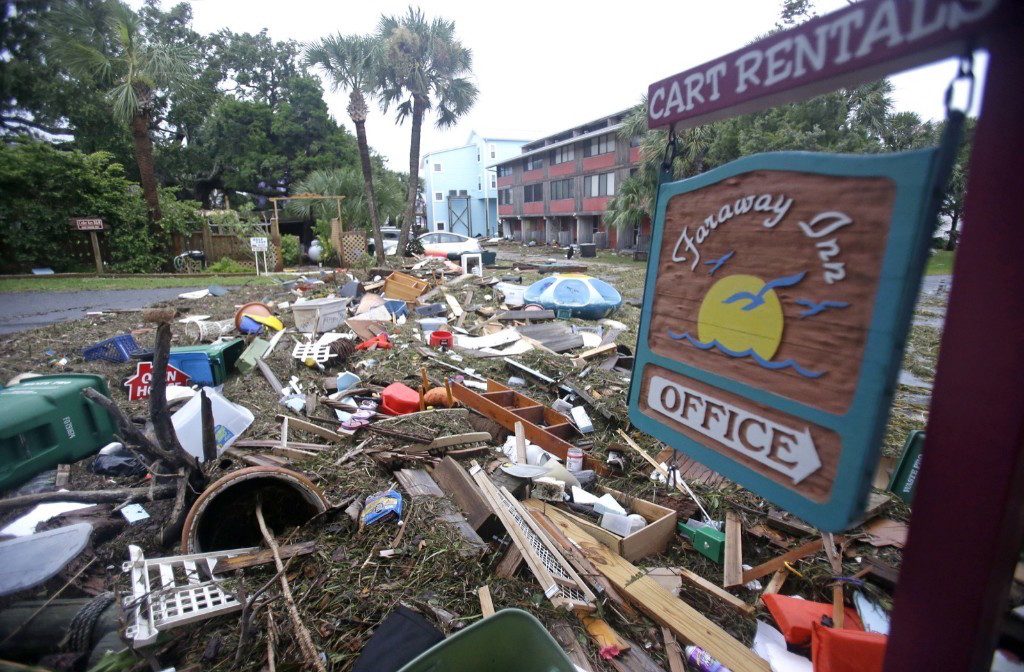 A street is blocked from debris that washed up from the tidal surge of Hurricane Hermine in Cedar Key, Fla. AP Photo/John Raoux

Top line: “Gene Wilder, the frizzy-haired actor who brought his deft comedic touch to such unforgettable roles as the neurotic accountant in ‘The Producers’ and the mad scientist of ‘Young Frankenstein,’ has died. He was 83…

Wilder started his acting career on the stage, but millions knew him from his work in the movies, especially his collaborations with Mel Brooks on ‘The Producers,’ ”Blazing Saddles’ and ‘Young Frankenstein.’ The last film — with Wilder playing a California-born descendant of the mad scientist, insisting that his name is pronounced ‘Frahn-ken-SHTEEN’ — was co-written by Brooks and Wilder and earned the pair an Oscar nomination for adapted screenplay.” 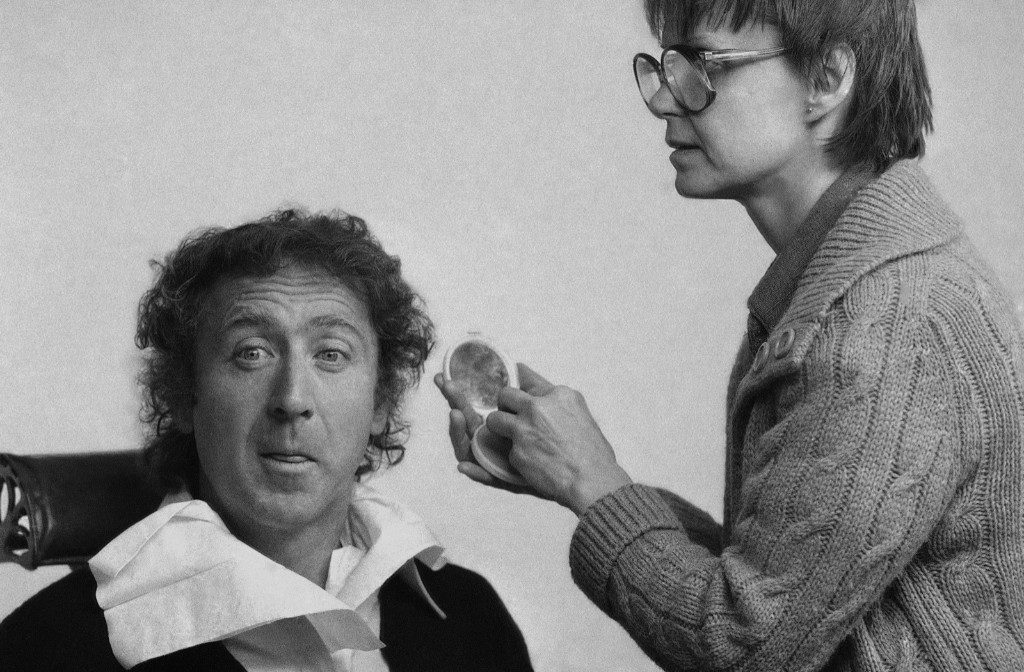