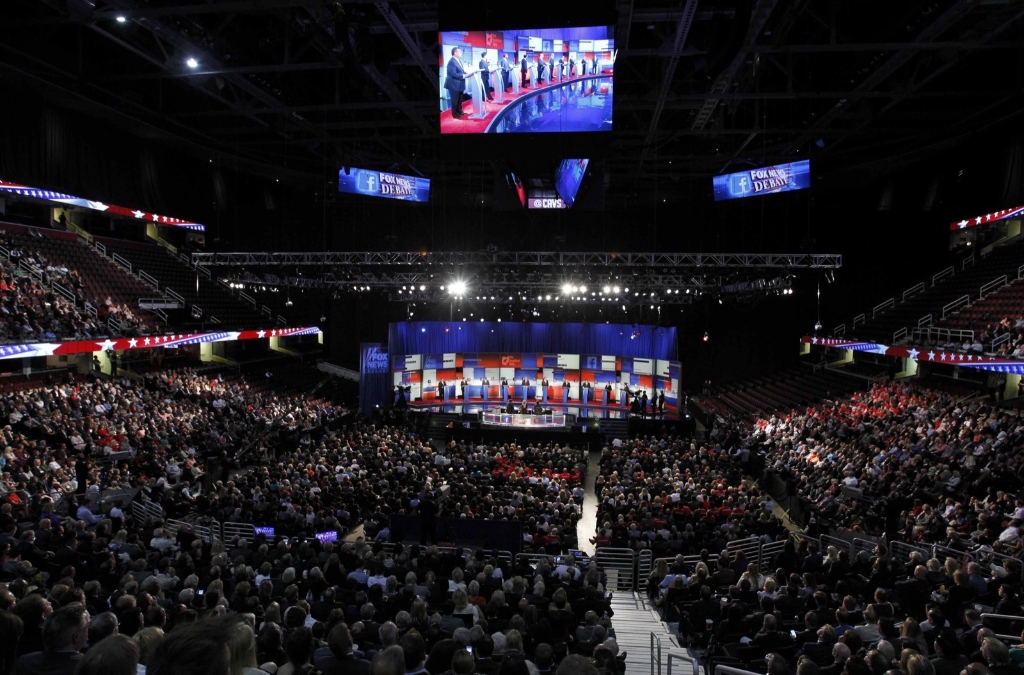 This week the 2016 presidential election kicked into high gear with the first GOP presidential debate, Jon Stewart signed off from “The Daily Show” after 16 years at the helm and the 70th anniversary of the bombing of Hiroshima was observed. Below are the stories that covered those important events in The Daily Edition and a few of our other top picks.

Top line: “Donald Trump may have grabbed the most headlines from the night, but the prime-time debate didn’t yield a clear victor. The night did offer a few breakout stars, and no candidate seemed to have sunk their campaign by the end of the night.”

Top line: “With his over-the-top presentation of the news — his arms swinging wildly, his eyes bulging with outrage, followed by a shake of the head and a knowing smile — Mr. Stewart attracted a generation of viewers ready to embrace an outlier whose exaggerations, in their view, carried more truth than conventional newscasts.”

Top line: “In the center of Hiroshima, yards from where the world’s first atomic attack bomb exploded 70 years ago, stands a dome-shaped bell tower of modest proportions. It is decorated with the bronze statues of three children. Their slender arms reach out, spreading wide towards the sky. It looks like a dance of joy. But it leaves me choking back tears.”

4. Russia or ISIS? Who is America’s No. 1 Enemy?  – The Washington Post, Karoun Demirjian

Top line: “The Islamic State scares Americans most of all global threats, according to the [Pew] poll. Then Iran. Then cyber attacks. Then global economic instability. Then — in fifth place — Russia.”

5. Can we reverse the ageing process by putting young blood into older people? – The Guardian, Ian Sample

Top line: “It has led some to speculate that in young blood might lie an antidote to the ravages of old age. But the apparent rejuvenating properties of young blood must be treated with healthy scepticism. The hopes they raise rest solely on mouse studies. No beneficial effects have ever been proven in humans. Then again, no one has ever looked. That is about to change.”

Top line: “Terrifying because Jhon Jairo Velásquez “Popeye” Vásquez has confessed to killing about 300 people and ordering the deaths of some 3,000 more. Hopeless because, upon his release from Colombian prison last year, Vásquez announced plans to go into hiding. He believes he’s a marked man among his former comrades in the Medellín Cartel, past members of the inactive vigilante death squad Los Pepes, and La Oficina de Envigado, the cartel that inherited Escobar’s empire. At the time of his release, Vásquez pegged his own odds of being assassinated at 80 percent.”

8. Will machines eventually take on every job? – BBC, Rachel Nuwer

Top line: “Self-driving trucks wouldn’t be good news for everyone, however. Critics point out that, should this breakthrough be realised, there will be a significant knock-on effect for employment. In the US, up to 3.5 million drivers and 5.2 million additional personnel who work directly within the industry would be out of a job. Additionally, countless pit stops along well-worn trucking routes could become ghost towns. Self-driving trucks, in other words, might wreck millions of lives and bring disaster to a significant sector of the economy.”

Top line: “But scientists who have studied some of Agatha Christie’s best-selling crime novels claim that that they can be solved with a simple formula, based on the language she uses, the murder weapon, the setting and even the type of vehicle being driven. A panel of experts analysed 26 of the author’s most famous books, including Death on the Nile, Murder on the Orient Express and The Murder of Roger Ackroyd, concluding that certain plot structures could help the reader identify the killer some time before he or she is dramatically revealed.”