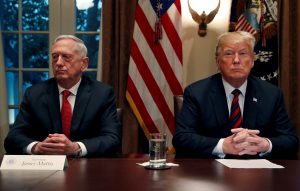 U.S. President Donald Trump speaks to the news media while gathering for a briefing from his senior military leaders, including Defense Secretary James Mattis (L), in the Cabinet Room at the White House in Washington, U.S., October 23, 2018. (REUTERS/Leah Millis/File Photo)

General Jim Mattis tendered his resignation as secretary of defense in the immediate aftermath of President Donald Trump’s decision to withdraw U.S. troops from Syria and the fight against ISIS. Mattis’ resignation letter cited disagreements with Trump over foreign policy relating to U.S. allies, rivals and military operations. He is scheduled to step down in February. Trump also ordered an estimated 7,000 troops withdraw from Afghanistan.

Meanwhile, the Trump family agreed to dissolve their personal charitable arm, the Trump Foundation, as a result of an ongoing legal investigation by the New York state attorney general’s office into the organization’s financial dealings.

The president also celebrated a few legislative wins, including the passage of a bipartisan criminal justice reform bill, the farm bill, a ban on bump stocks and an agreement with Mexico that migrants seeking asylum in the U.S. will now wait out their application process on the Mexico side of the border.

There is still resistance in Congress around fully funding a wall along the U.S.-Mexico border. But Trump refused to sign a stopgap bill that would fund government services through February if it did not include $5 billion for a border wall. As a result, a partial government shutdown is possible.

Sitcom legend and pioneering female director Penny Marshall passed away at the age of 75. Marshall became a household name on “Laverne and Shirley” before directing box office hits such as “Big” and “A League of Their Own.”

In business news, Facebook is being sued by the attorney general of Washington, D.C. over alleged privacy violations, on the heels of a new scandal over reportedly granting access to private user messages and information to companies such as Spotify and Netflix. And e-cigarette company Juul agreed to sell a 35 percent stake to tobacco giant Altria for $12.8 billion.

Top line: “Defense Secretary Jim Mattis, a living Marine Corps legend who made history by securing special permission from Congress to lead the Pentagon, is stepping down after a slow freeze-out by President Trump. Drift between the two men reached a point at which Mattis objected so strongly to the president’s policy choices that he opted to resign rather than go along. The final break appeared to be over major withdrawals of American forces from Syria and Afghanistan, which Trump ordered over the objections of his national security advisers, including Mattis. The president announced via Twitter Thursday evening that Mattis was retiring in February. Shortly after, the Pentagon released a letter of resignation from Mattis to Trump.” 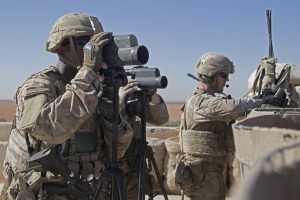 In this Nov. 1, 2018, photo released by the U.S. Army, soldiers surveil the area during a combined joint patrol in Manbij, Syria. The United States’ main ally in Syria on Thursday, Dec. 20, 2018, rejected President Donald Trump’s claim that Islamic State militants have been defeated and warned that the withdrawal of American troops would lead to a resurgence of the extremist group. (U.S. Army photo by Spc. Zoe Garbarino via AP)

Top line: “President Trump’s decision this week to withdraw all American troops from Syria within 30 days risks leaving United States’ allies in the long-running war weakened while strengthening rivals backed by Iran and Russia. American troops entered Syria in 2015 as part of a coalition fighting the Islamic State, which had seized large swaths of territory in Syria and Iraq. In the three years since, the extremist group’s self-declared caliphate has crumbled. But the continuing lack of stability in both Syria and Iraq could provide fertile ground for the jihadists to retrench. The American pullout could also weaken the country’s influence over any negotiations on a settlement to end the conflict.”

Top line: “The Trump administration is planning to reduce the number of U.S. troops in Afghanistan, with the possibility that some troops begin withdrawing in the coming weeks, according to a U.S. official. The current force of 14,000 is expected to be cut in half, with those troops arriving home by the end of the spring, a second U.S. official said. A third official told ABC News that discussions have been underway for several weeks about how to withdraw some U.S. troops from Afghanistan. Trump believes withdrawing troops from Afghanistan would appeal to his base and fulfill a campaign promise. The consideration comes just one day after Trump announced he was pulling 2,000 U.S. troops out of Syria within 30 days.”

Top line: “President Donald Trump’s personal charitable foundation has agreed to dissolve under judicial supervision amid an ongoing lawsuit concerning its finances, according to a document filed Tuesday in Manhattan Supreme Court by the New York state Attorney General’s office. The dissolution of the Donald J. Trump Foundation resolves one element of the attorney general’s civil lawsuit against the foundation, which includes claims that the President and his three eldest children — Don Jr., Ivanka and Eric — violated campaign-finance laws and abused its tax-exempt status. Rather than operating it as a genuine charity, the lawsuit alleges, they instead allowed it to be used “as little more than a checkbook to serve Mr. Trump’s business and political interests.”” 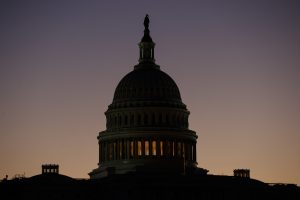 Top line: “President Donald Trump’s demand for border wall funds hurled the federal government closer to a shutdown as House Republicans approved a package Thursday with his $5.7 billion request that is almost certain to be rejected by the Senate. The White House said Trump will not travel to Florida on Friday for the Christmas holiday if the government is shutting down. More than 800,000 federal workers will be facing furloughs or forced to work without pay if a resolution is not reached before funding expires at midnight Friday.”

Top line: “The Department of Homeland Security announced new measures Thursday requiring asylum seekers at the border to return to Mexico and wait while their claims are processed, possibly for months or years, describing the plan as one of the most significant changes to immigration policy in decades. Homeland Security Secretary Kirstjen Nielsen outlined the new measures during a contentious oversight hearing with members of the House Judiciary Committee, telling lawmakers that the administration is preparing to implement the policy in coming days. They will be introduced at select locations before expanding across the entire southern U.S. border, officials said. Separately, Mexico’s new leftist government announced Thursday that it will allow the United States to send asylum seekers who cross illegally back to its territory and provide them with work visas and humanitarian assistance while they wait.”

Top line: “The US House of Representatives on Thursday passed a criminal justice reform bill, sending the most significant changes to the federal criminal justice system in decades to President Donald Trump’s desk. The Senate previously overwhelmingly approved the legislation in an 87-12 vote. The bill, called the First Step Act, makes modest changes to the federal system. It very slightly pulls back punitive mandatory minimum sentences by, for example, letting judges give lower sentences in some circumstances and relaxing a “three strikes” law to give 25 years instead of life in prison. It makes 2010 crack sentencing reforms, which eased crack sentences to bring them more in line with powder cocaine penalties, retroactive. It expands “good time credits” that well-behaved inmates can use to get out of prison a little earlier. It creates “earned time credits” that encourage inmates to take part in rehabilitative programs for an earlier release.” 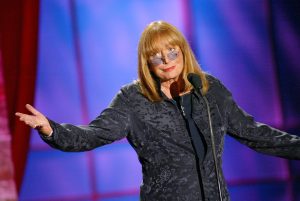 Top line: “Penny Marshall was a sly revolutionary. As both a performer and a filmmaker, Marshall, who died Monday at the age of 75, stood counter to the prevailing wisdom of what women like her were supposed to be, and do. From her breakthrough as a sitcom star to her subsequent success as a blockbuster filmmaker, Marshall never seemed to get hung up on what other people thought she was supposed to be doing — or if she did, you could never tell. And as both an actress and a director, she was simultaneously big and subtle, aiming at the widest possible audience while smuggling in little grace notes that caught even fans by surprise.”

Top line: “Facebook is being sued by the DC attorney general over allegations it failed to safeguard the personal data of its users. The company’s “lax oversight and misleading privacy settings” allowed UK political consultancy Cambridge Analytica to gain access to the personal information of Facebook users without their permission, according to the attorney general’s office. The DC lawsuit alleges that Facebook failed to properly monitor data-gathering by third-party apps and that its privacy settings aren’t easy for people to use. The lawsuit accuses Facebook of violating DC’s consumer protection law. The lawsuit comes as Facebook is grappling with concerns about whether it’s done enough to protect the privacy and security of the data its users share on the social network. Meanwhile, lawmakers and regulators have been under pressure to take action against the tech giant.”

Top line: “Tobacco giant Altria invested $12.8 billion in Juul, taking a 35 percent stake in the e-cigarette maker that valued it at $38 billion as they begin to embark on a new path that relies less on traditional cigarettes. The all-cash deal announced Thursday has drawn criticism for Juul, which has positioned itself as an enemy of Big Tobacco. Juul, which split from parent company Pax in 2017, captured 75 percent of the e-cigarette market in just three years, with most of the growth coming in the past year.”