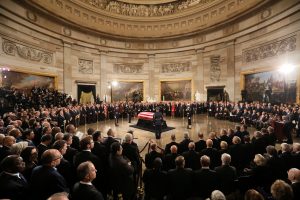 The casket of late U.S. President George H.W. Bush arrives inside the U.S. Capitol Rotunda where it will lie in state in Washington, U.S., December 3, 2018. REUTERS/Jonathan Ernst/Pool TPX IMAGES OF THE DAY

The nation mourned for the passing of former President George H.W. Bush, who died at the age of 94. Thousands of Americans paid respects at the Capitol, where he lay in state, followed by a funeral attended by world leaders and four living presidents: Jimmy Carter, Bill Clinton, Barack Obama and Donald Trump. Bush was laid to rest in College Station, Texas.

U.S.-China relations remained tense this week. A temporary truce between Trump and Chinese President Xi Jinping was followed by Trump’s appointment of Robert Lighthizer as lead trade negotiator with China. Then the U.S. moved to extradite Meng Wanzhou—chief financial officer of Chinese tech company Huawei and daughter of the company’s founder—from Canada, where she had been detained per U.S. request. On Friday, Wanzhou was charged with fraud related to the company allegedly doing business with Iran despite U.S. sanctions.

Qatar announced a plan to withdraw from OPEC—the pact between the Middle East’s oil-producing nations—in order to focus on natural gas production and exports. The move riled neighbor Saudi Arabia, with whom relations have been strained.

In business news, ride-sharing company Lyft filed for a preliminary IPO, taking a step ahead of rival Uber in the race to go public, and USA Gymnastics filed for bankruptcy protection.

Members of parliament in the United Kingdom published a trove of Facebook emails that suggest the social media giant targeted competitors by blocking access to user data while simultaneously granting data access to other app companies.

The French government contended with violent protests, dubbed the “yellow vest movement,” against planned fuel taxes, educational reform and other issues. The Eiffel Tower, businesses and museums were closed in anticipation of continued protests. 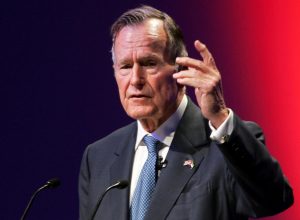 Top line: “George H.W. Bush, who died Friday at 94, was remembered at a funeral at St. Martin’s Episcopal Church in Houston, Texas, this morning. The final journey: His casket traveled by train to his final resting place in College Station, Texas. The burial: The former president will be laid to rest on the grounds of the Bush Presidential Library and Museum in a private ceremony, alongside his wife Barbara and their daughter Robin, who died of leukemia as a child. Days of mourning: Earlier this week, mourners lined up at the US Capitol to pay their respects, and Wednesday — the day of his state funeral in Washington — was declared a national day of mourning.”

Top line: “President Trump cast his trade accord with President Xi Jinping of China as a huge victory for American farmers, automakers and other key political constituencies — statements that helped send volatile financial markets higher on Monday and seemed intended to calm worries about the economic toll of a protracted trade war. Yet 48 hours after the deal was struck, several big areas of contention remained unresolved and Mr. Trump appointed a veteran trade negotiator with deep skepticism toward China to lead the talks for the United States. Mr. Trump’s choice of Robert Lighthizer, the United States trade representative, to lead the negotiations is significant, given that the official statements from Saturday’s meeting included only vague commitments and that deep divisions remain.” 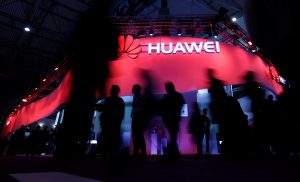 4. Huawei is one of China’s most important tech companies — here’s what it does and why the U.S. government is wary – CNBC, Todd Haselton

Top line: “Huawei CFO Meng Wanzhou is under arrest in Vancouver and may soon be extradited to the United States to face charges for violating U.S. sanctions that prevent Huawei from selling equipment to Iran. Huawei is a major global technology company, but it isn’t as well known in the U.S. since most of its products aren’t sold there. Here’s a quick briefing on what you need to know.”

5. Qatar Will Pull Out Of OPEC, As Rift With Saudi Arabia Deepens – NPR, Bill Chappell

Top line: “Qatar plans to leave OPEC in January, shaking up the alliance of oil-producing nations and furthering its dispute with Saudi Arabia. Qatar made the announcement on Monday — the same day it informed OPEC. Qatar’s Energy Minister Saad al-Kaabi said the small Persian Gulf country will leave OPEC because it wants to focus on natural gas — a sector in which Qatar is a world leader. But the move also draws another line of division with Saudi Arabia, the only country with which Qatar shares a land border. Saudi Arabia cut diplomatic ties with Qatar in June of 2017 in a dramatic move that was matched by Egypt, the United Arab Emirates and others. Since then, Saudi Arabia has maintained a boycott against Qatar, a country that has sometimes pursued its own foreign policy goals against the will of its fellow Sunni states.”

Top line: “Ride-hailing company Lyft Inc beat bigger rival Uber Technologies Inc in filing for an initial public offering (IPO) on Thursday, defying the recent market jitters and taking the lead on a string of billion-dollar-plus tech companies expected to join Wall Street next year. Lyft’s IPO will test investors’ appetite for the most highly valued Silicon Valley companies and for the ride-hailing business, which has become a wildly popular service but remains unprofitable and has an uncertain future with the advance of self-driving cars.”

Top line: “USA Gymnastics filed for bankruptcy protection Wednesday afternoon, a move it says will help resolve lawsuits stemming from Larry Nassar’s sexual abuse but one it’s also counting on to hold off the U.S. Olympic Committee. The filing, in the U.S. Bankruptcy Court for the Southern District of Indiana, stays all “pending actions” against the governing body. That includes the 100 lawsuits filed by more than 350 Nassar survivors as well as the USOC’s Section 8 complaint to strip USA Gymnastics of its status as the national governing body.”

Top line: “Question and answer website Quora said Monday night that account data, including private messages, of around 100 million users may have been exposed after a “malicious third party” gained access to one of the company’s computer systems.  Right now, the company is focused on notifying all users who may have had their personal data exposed — about one-third of the site’s accounts. The trove of data that hackers may have accessed includes names, email addresses, imported data from linked accounts, hashed passwords, and direct messages, said Quora’s Chief Executive Officer Adam D’Angelo, in a blog post.” 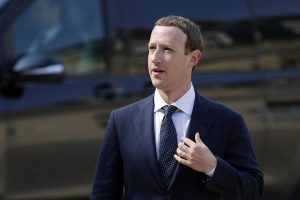 Facebook’s CEO Mark Zuckerberg, arrives to meet France’s President Emmanuel Macron after the “Tech for Good” Summit at the Elysee Palace in Paris, Wednesday, May 23, 2018. French President Emmanuel Macron seeks to persuade Facebook CEO Mark Zuckerberg and other internet giants to discuss tax and data protection issues at a Paris meeting set to focus on how they could use their global influence for the public good. (AP Photo/Francois Mori)

Top line: “The UK parliament has published a cache of confidential Facebook documents it obtained from a plaintiff in a California lawsuit. The records, which have been under seal in US courts, provided a rare window into internal discussions at the social network about privacy, user data, the company’s handling of competitors and more. Here are some key takeaways from the files.” 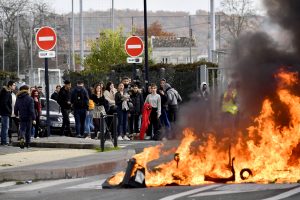 High school students look on as protestors burn a barricade in front of Francois Mauriac high school during a demonstration against French government Education reforms on December 4, 2018 in Bordeaux, southwestern France. (Photo by NICOLAS TUCAT/AFP/Getty Images)

Top line: “The French government says it fears “major violence” in Paris on Saturday as the national “yellow vests” protest movement shows little sign of easing. The Eiffel Tower is to close along with many shops, restaurants and museums and thousands more police will be on duty. The government said it was scrapping the fuel tax increases in its budget – the original spark for the protests. But broader discontent with the government has spread, and protests have erupted over several other issues. On Thursday young people took to the streets, protesting over educational reforms.”