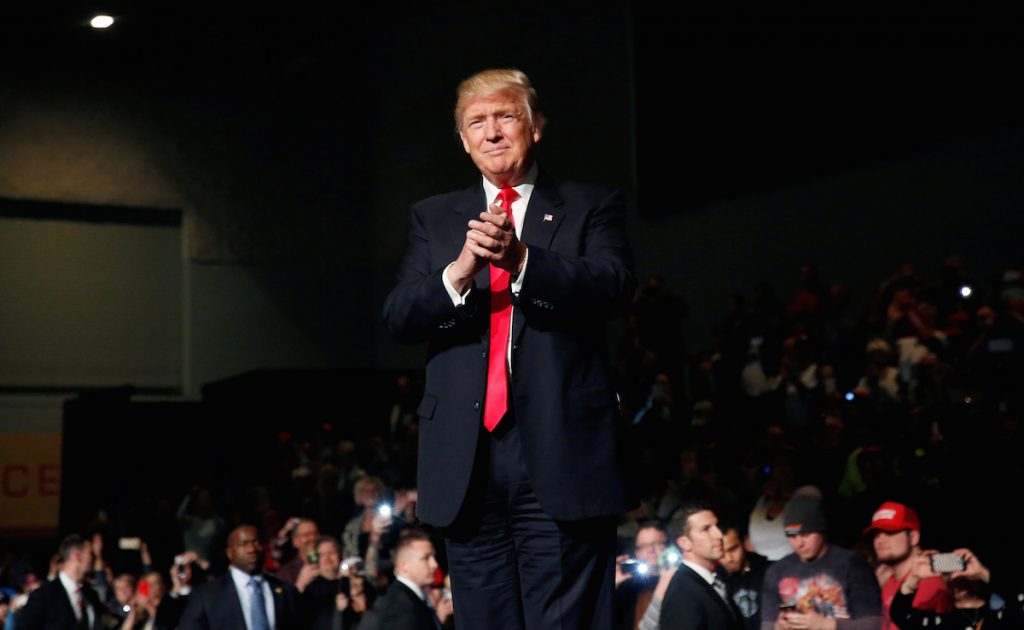 Additional Donald Trump transition announcements continued throughout the week. Meanwhile, the U.S. Army announced the Dakota Access Pipeline could be rerouted after months of protests, #Pizzagate demonstrated the real life consequences of fake news and South Korean lawmakers voted to impeach President Park Geun-hye. On Thursday, we lost astronaut and Sen. John Glenn. He was 95.

Top line: “Celebrations, tears of joy, chanting and drumming rang out among thousands of protesters after the US Army announced it will not — for now — allow developers to build a portion of the Dakota Access Pipeline under Lake Oahe here.”

Top line: ” Federal officials investigating a fire that killed 36 people during a party at an Oakland warehouse plan to bring in engineers to examine the building’s electrical system, as they try to pinpoint the cause of a blaze that has cast a spotlight on similar artists’ colonies around the country that offer cheap housing but unsafe living conditions.” 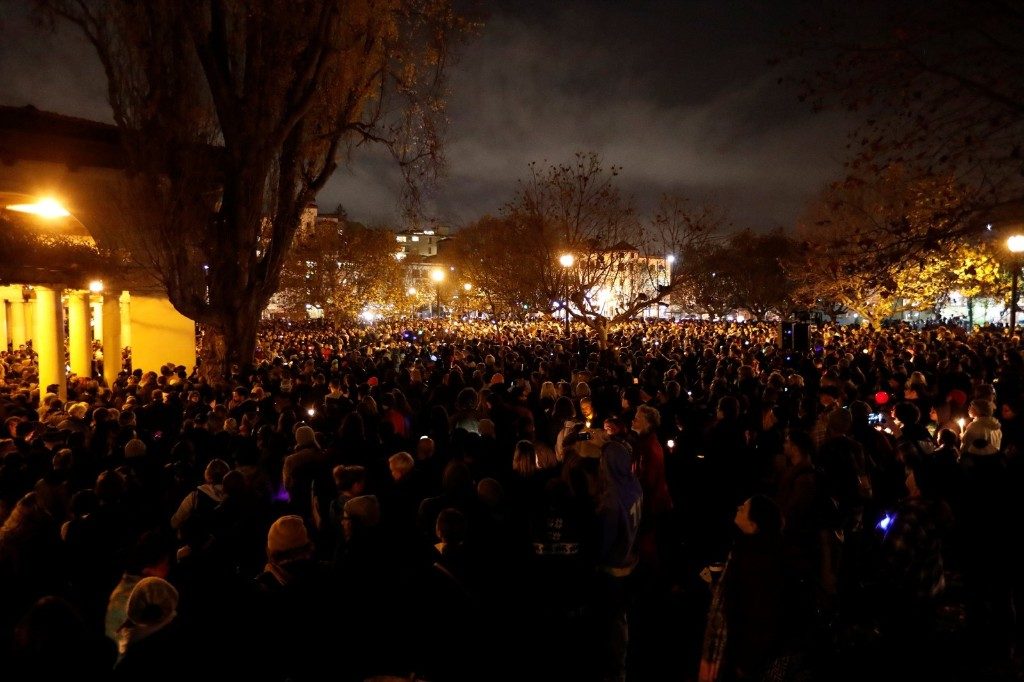 People gather at the Lake Merritt Pergola during a vigil for the victims of the fatal warehouse fire in Oakland. REUTERS/Stephen Lam

Top line: “A suspect arrested Sunday with an assault rifle at a Washington, DC pizzeria admitted he had come to investigate an online conspiracy theory, Washington’s Metropolitan Police Department said Sunday evening in a statement.”

Top line: “South Korean lawmakers’ impeachment of President Park Geun-hye on Friday throws the country into a period of uncertainty as it grapples with a slowing economy, a growing nuclear threat from North Korea and a more assertive China.” 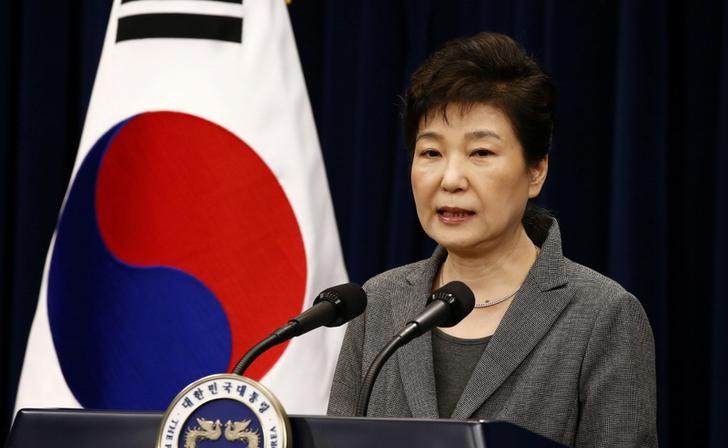 Top line: “Glenn, the first American to orbit the earth, and later a four-term U.S. senator from Ohio, died Thursday at the Ohio State Cancer Center. He was 95…

President John F. Kennedy watched the news from the Oval Office, and then came out and described Glenn as: ‘The type of American of whom we are most proud.'” 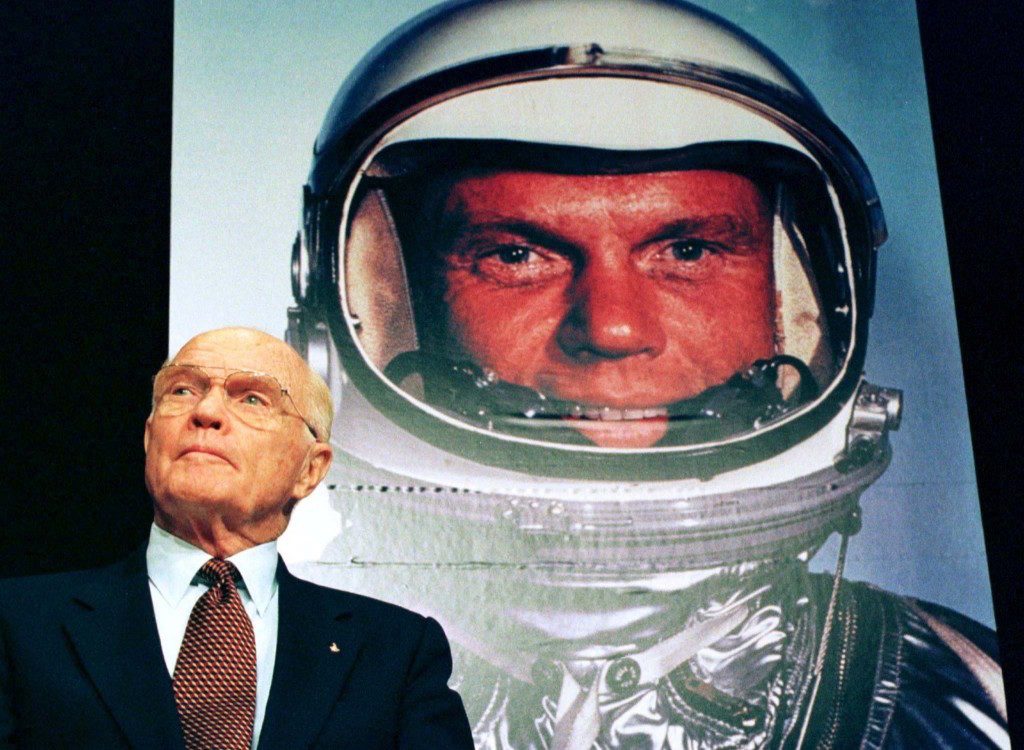 Sen. John Glenn next to a portrait of himself from his earlier days, as he waits to be introduced at the news conference to announce his return to space, 1998. Larry Downing/Reuters

Top line: “President-elect Donald Trump has touched off his latest feud, sparring with a union chief in Indianapolis as he attempts to demonstrate to the American public how his deal-making prowess saved jobs of union members.

The fight escalated Wednesday night when Trump lashed out on Twitter after the union leader, Chuck Jones, accused the president-elect of lying about how many jobs he was saving at Carrier Air Conditioning’s Indiana plants.”

Top line: “Roof faces 33 charges, including hate crimes, murder, attempted murder and obstruction of religion, and could face the death penalty. The 22-year-old has also been charged in a state murder case, which also carries the death penalty and is scheduled follow this trial.

He is accused of entering the Bible study class at the Mother Emanuel AME church in Charleston on the evening of 17 June 2015, listening to the lesson and then opening fire on attendees as he uttered racial insults.”

Top line: “America marked the 75th anniversary of the attack on Pearl Harbor Wednesday with a solemn but inspirational ceremony that honored the dwindling number of veterans who survived the 1941 bombing and framed their defense against the Japanese as a symbol of the country’s enduring fight against tyranny…

Many of Pearl Harbor’s veterans were barely adults when Japanese aircraft staged an unprovoked assault on the Hawaiian naval base, thrusting the United States into World War II. Many are now in their 90s. A few were in the crowd on Wednesday, including Donald Stratton, one of five known living survivors of the USS Arizona. They were saluted and cheered.”

~GabyS is remembering those we lost in 2016