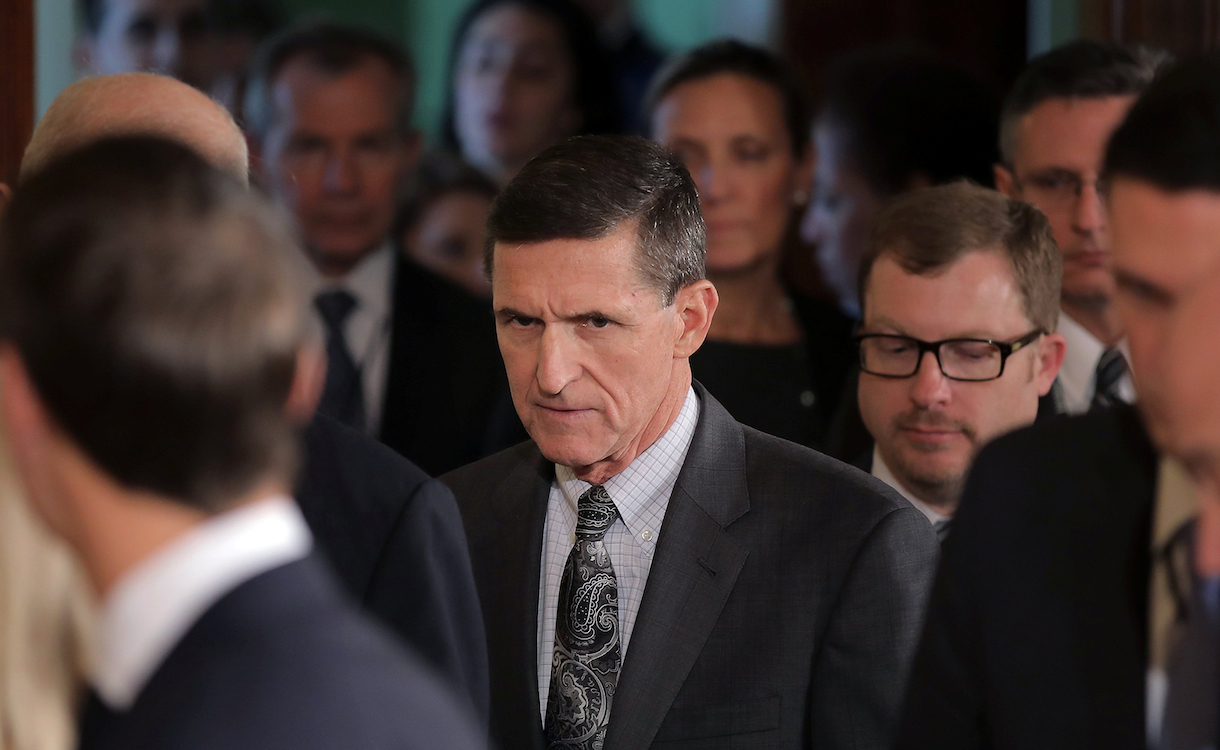 It was another week with President Donald Trump front and center as his national security adviser Michael Flynn stepped down, while Labor secretary nominee Andy Puzder withdrew, and Trump announced Alexander Acosta as his nominated replacement.

As news outlets questioned what was happening behind the scenes, Trump lashed out at media coverage, saying rumors his team was in chaos were untrue. Trump also worked to build international bridges, meeting with leaders from Canada and Israel during the week, to discuss aims for future initiatives.

Top line: “President Trump on Thursday dismissed reports about his associates’ contacts with Russia last year and vigorously defended his performance in his first four weeks in office, in a contentious news conference that showcased his unconventional and unconstrained presidency.”

Top line: “Just six days into his presidency, Donald Trump was informed his national security adviser had misled his vice president about contacts with Russia. Trump kept his No. 2 in the dark and waited nearly three weeks before ousting the aide, Michael Flynn, citing a slow but steady erosion of trust, White House officials said Tuesday.”

Top line: “Puzder, chief executive of Carpinteria-based CKE Restaurants Inc., the parent company of the Carl’s Jr. and Hardee’s chains, abruptly withdrew just a day before he was to face a Senate confirmation hearing.”

Top line: “The encounter signaled a warmer chapter in US-Israel relations than Netanyahu had enjoyed with Trump’s predecessor. After eight years of grappling with President Barack Obama, Netanyahu embraced a like-minded counterpart at the White House. But Trump also made clear that he would not give Israel carte blanche, taking a harder line on some issues than he had during the campaign.”

Top line: “President Trump says he is looking at “tweaking” portions of the North American Free Trade Agreement that deal with trade between the U.S. and Canada. Trump spoke at a brief news conference after meeting with Canadian Prime Minister Justin Trudeau at the White House on Monday. Trump said U.S.-Canada trade is ‘a much less severe situation’ than trade with Mexico.”

Top line: “Kim Jong Nam, 45, was attacked by two women at Kuala Lumpur International Airport on Monday as he went to check in for a flight to Macau, his main base since he went into exile about 15 years ago. They grabbed him and sprayed some kind of poison on his face.”

Top line: “Officials raced to drain more water from a lake behind battered Oroville Dam as new storms began rolling into Northern California on Wednesday and tested the quick repairs made to damaged spillways that raised flood fears.”

Top line: “India has created history by successfully launching 104 satellites on a single mission, overtaking the previous record of 37 satellites launched by Russia in 2014.”

9. U.N., Trump denounce North Korea, but no sign of any action—Reuters, Ned Parker and Ju-min Park

Top line: “The U.N. Security Council denounced North Korea’s weekend missile launch, urging members to “redouble efforts” to enforce sanctions against the reclusive state, but gave no indications of any action it might take.”

~JessE is reading Art and Antiquity